Multi-phase meters play an increasingly important role -- from royalty and fiscal allocation to production control, prevention of water encroachment, and the generation of real-time well data to help diagnose and optimize well performance. Yet, as multi-phase meters continue to increase their market penetration, more challenges arise. 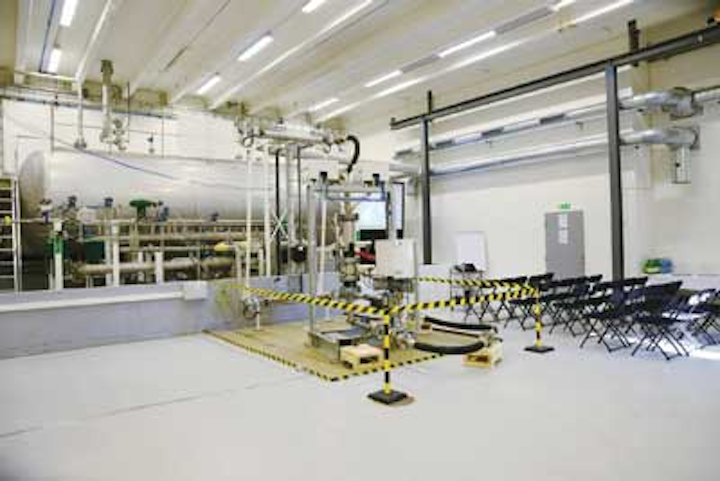 The growth in subsea and topside multi-phase meters over the last few years is such that they have become an essential element of production and monitoring systems for many current offshore installations.

Further growth is also expected. Industry analyst Douglas-Westwood predicts a 90% growth indeepwater expenditure between 2012 and 2016, and up to a thousand additional meters worldwide. Emerson expects the number of new subsea trees coming onstream each year to increase from 280 in 2011 to around 720 in 2016. Many of these trees will include multi-phase meters.

A recent report on multi-phase meters by ARC Advisory Group says that "energy companies such as Statoil, PDVSA, BP, and Petrobras are deploying multi-phase flowmeters on a broad scale to be able to continuously measure the individual components in co-mingled oil, gas, and water streams."

Multi-phase meters play an increasingly important role – from royalty and fiscal allocation to production control, prevention of water encroachment, and the generation of real-time well data to help diagnose and optimize well performance.

Yet, as multi-phase meters continue to increase their market penetration, more challenges arise. These include meter use in more geologically complex and remote fields; the need to manage costs while optimizing production; and the environmental concerns of nucleonic sources – an important element of many traditional multi-phase meters.

One of the biggest challenges facingmulti-phase meters today, however, is the huge variety of reservoir conditions and flow regimes faced when in operation. Accuracy in water production, for example, is becoming more important in detecting formation water and producing injected seawater, and there is a need to measure the process flow over the entire range of the gas volume fraction (GVF) from 0-100%.

While multi-phase meter performance is measured by outputs and the ability to accurately track the flow rates of oil, gas and water, it is equally important to focus on those elements surrounding multi-phase meter deployment that are not measured, yet have a significant impact on the meter's readings. These are called "influence quantities."

Influence quantities are common in many current oil and gas fields and include everything from H2S, CO2, and sand through to hydrate inhibitors, such as MEG (monoethylene glycol), additives such as emulsifiers, wax inhibitors and corrosion inhibitors, and a variety of different flow regimes. The result is a flow stream consisting of multiple influence quantities.

To determine how influence quantities affect multi-phase meter measurements, it is necessary to calculate sensitivity coefficients.

Sensitivity coefficients provide data on how the output estimate varies based on changes in the value of the influence quantity – how one estimate is influenced by small changes in a different estimate.

For example, if an x% change in oil density gives a y% change in oil rate, then the changes of x% and y% are the sensitivity coefficients. The oil density is the influence quantity, and the oil rate is the measurand from the multi-phase meter.

With a better understanding of influence quantities and sensitivity coefficients, operators can better quantify uncertainty in their multi-phase measurements to better manage and plan field development and reservoir management strategies.

Multi-phase meters perform in a huge variety of flow regimes that might include bubble, slug, mist, churn, and annular. Slip flow also occurs regularly when gas rises faster than liquid, due to buoyancy effects and the velocity profile of the flow in the pipe.

To handle multiple and rapid changing flow regimes, a sufficient number of sensors and calculations must be included within the meter. For annular flows with high gas fractions, compensation must be incorporated into the gamma system to get accurate measurements.

For rapidly changing slug flows (both water and gas slugs), fast front-end electronics that can capture these changes are important. The third generation Roxar Multi-phase Flow Meter from Emerson, for example, includes high-resolution sensors capable of capturing small changes in the electrical properties of the multi-phase fluid passing through.

Phase slip also varies with changes in process conditions and flow regimes. Some multi-phase systems can only form an estimation of the slip based on flow regime assumptions accessing complex slip models. With the Roxar meter however, the meter's dual-velocity system and cross-correlation capabilities provide flow regime independent measurements.

The direct measurement of the degree of annularity, the mapping of non-symmetrical flow, and a cross-sectional breakdown of the flow are other areas where technology developments are taking place to reduce influences on accuracy.