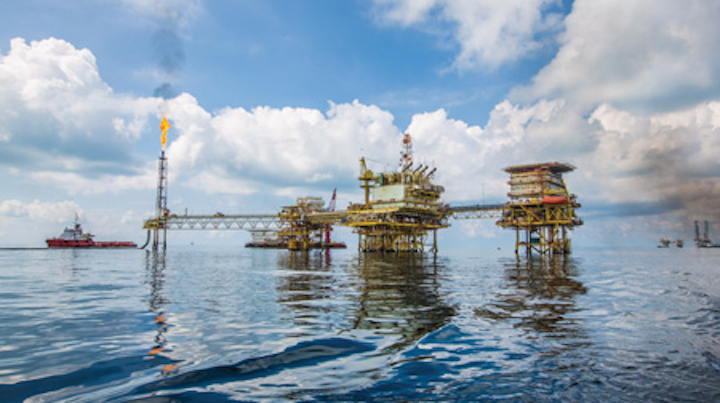 A new liner comprised of thermoplastic fluoropolymers, polyurethanes, and Kevlar is available to theoffshore pipeline market, and has been successfully deployed by Petronas Carigali (PCSB) on some of its subsea pipelines in the South China Sea.

Designed for harsh application pipelines, the deployment of these infield liners has enabled Petronas Carigali to re-commission several offshore pipelines that were shut down due to corrosion-related deterioration.

PCSB owns and operates an extensive network of subsea pipelines offshore Malaysia, in theSouth China Sea. Many of these pipelines are between several hundred meters to several kilometers in length, are in varying water depths and run from platform to platform, and from platform to onshore facilities.

Internal corrosion, due largely to sulfate reducing bacteria (SRB), can shorten pipeline life. Historically, this results in the need to replace such pipelines as often as in four years.

These types of relatively short lifecycles and frequent replacements represent substantial capex for PCSB. To reduce these costs and to extend pipeline life, the company began to support the development of in-situ corrosion barriers that could be successfully deployed for use in new and existing pipelines.

Historically, there has not been a viable way to install such a corrosion barrier within a subsea pipeline. But, PCSB's need to preserve and enhance the integrity of its offshore pipeline network led to the design and development of the infield liners (IFL) project.

The project began in April 2011 under the joint management of Petronas and APS. The project team delivered a market-ready product within two-years.

The goal of the project was to develop materials and technologies necessary to successfully install plastic liners into existing and new subsea carbon steel pipelines that convey corrosive hydrocarbon media, where SRB is one of the principal sources of corrosion. The IFL liner protects the internal pipe bore from corrosion and offers a secondary containment capability in the event of a rupture or damage to the outer steel pipeline.

The project started by testing an existing nominal 8-in. Kevlar reinforced plastic liner product, produced and manufactured by Raedlinger, Germany, for the utility market. Although this material had not been used to line subsea pipeline, the general liner matrix demonstrated many of the physical attributes necessary for success in such applications:

• A high degree of flexibility

• Ability to be manufactured and spooled in long lengths.

The qualification of the liner was undertaken in accordance with the API Recommended 15S "Qualification of Spoolable Reinforced Plastic Line Pipe" (first edition March 2006), with further reference to the applicable ASTM test standards, API 17 series, and NACE standards. Testing and qualification were done in a number of locations including Germany, Norway, and the UAE.

The final enhanced IFL liner matrix is comprised of a Solvay Solexis PVDF (polyvinylidene difluoride) inner liner, a tightly woven aramid core using Dupont Kevlar fabric, with an outer layer of abrasive-resistant thermoplastic polyurethane from BASF. Other versions of the liner are available for less aggressive service conditions, such as water reinjection and gas transmission.

All the principal objectives of the project were fulfilled. A new, enhanced version of the IFL liner has been developed. Performance testing has completely justified the use of IFL in aggressive, hot, sour hydrocarbon service conditions of up to 120 ˚C (248 ˚F), with IFL liners exhibiting a stand-alone burst capability of up to 120 bar (1,740 psi).

Mostsubsea pipelines are carbon steel installed by laybarge, during which single or double random joints of steel pipe are welded together on the deck of the barge and laid onto the seabed. After completion of welding, crews on the barge can "make-up" the external corrosion protection and "infill" the missing concrete protection. It is not possible, however, to "make-up" any damage that may be caused to any internal coating when welding, or "infill" any cut-back to the internal coating needed to facilitate the steel weld. As a result, it is common for most subsea pipelines to be laid without an internal coating and without an additional wall thickness of sacrificial steel, which could compensate for the calculated rate of corrosion throughout the design life of the pipeline.

Unfortunately, corrosion is rarely a linear phenomenon, and certain types of corrosion can cause damage to the pipe wall faster than is predicted in the design. Pitting, grooving, cracking, or crevicing to the interior pipeline wall can occur in a remarkably short period of time. For instance, a pipeline installed with a 20-year design life may experience failure after as little as four years in service.