During the next eight years, both the North Sea and the Gulf of Mexico are expected to see significant numbers of P&A projects. Integrated approaches with contingencies to handle the unknowns associated with these operations will be critical to the safety, efficiency, and economics of these projects. A new casing retrieval technology has been developed to specifically address deepwater P&A needs. The Harpoon cut-and-pull spear is designed to increase the likelihood of retrieving the casing in each run by performing multiple recovery attempts in a single trip. 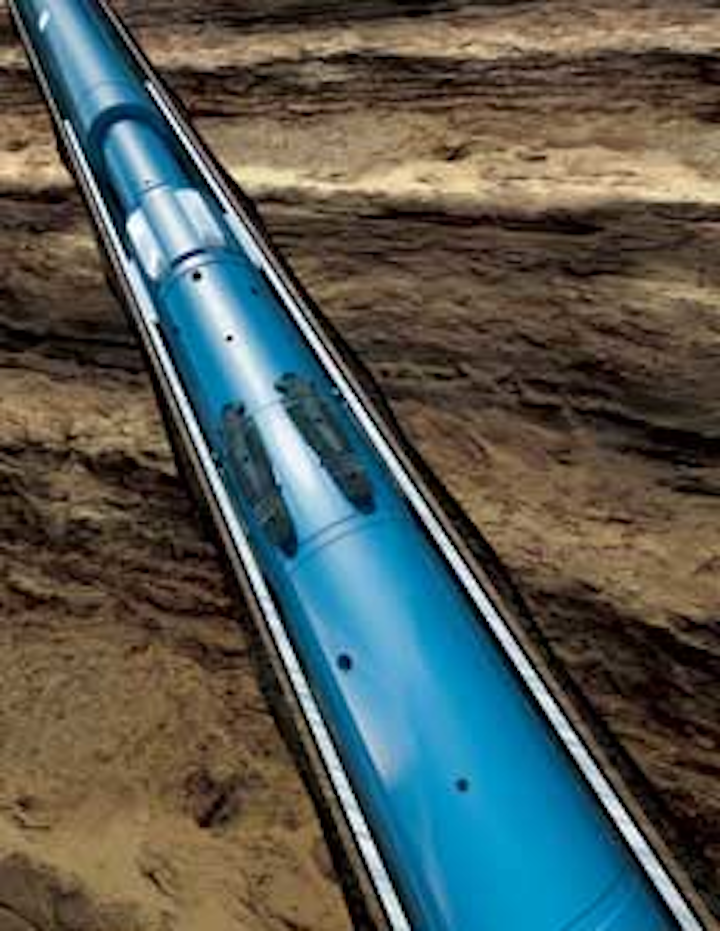 Key to savings is to minimize trips

Removing the downhole infrastructure from an offshore well at the end of its life and leaving behind a clean seabed is expensive. According to the US Bureau of Safety and Environmental Enforcement (BSEE), P&A costs in water depths greater than 1,000 ft (305 m) in the Gulf of Mexico (GoM) are estimated at $2.1 million per well for dry-tree wells and $20.6 million per well for subsea wells, based on an average total duration of 25 days. In the central and northern North Sea, the average P&A expenditure is £4.8 million ($8.2 million) per platform well, £10.1 million ($17.3 million) per subsea development well, and £8 million ($13.7 million) per subsea exploration and appraisal well.

Global spending on P&A operations is expected to double in the next decade as a record number of wells reach end of life. The latest Oil & Gas UK Decommissioning Insight Report forecasts that expenditures on UK offshore well decommissioning from 2013 to 2022 will total £10.4 billion ($17.8 billion) and that P&A will account for the largest category—£4.5 billion ($7.7 billion), or 43% of the total.

P&A technology development is driven largely by the requirement to lower the associated costs to the operator. Several approaches can be envisioned. The first is to minimize the duration of intervention operations by minimizing the number of trips required, and an example is casing removal.

For the sake of cost effectiveness, casing removal should be minimized where possible. However, it is sometimes necessary to repair the well's integrity by placing well barrier elements across the wellbore or by removing casing to comply with regulatory requirements to leave a clean seabed post decommissioning. In these situations, minimizing the number of trips required to retrieve casing is important to reducing nonproductive time (NPT), unnecessary costs, and health, safety and environmental (HSE) exposure. Baker Hughes has introduced a new casing retrieval technology developed specifically to address deepwater P&A needs. The Harpoon cut-and-pull spear is designed to increase the likelihood of retrieving the casing in each run by performing multiple recovery attempts in a single trip.

BSEE regulations include idle iron abandonment plans that call for permanently plugging a well and removing all platforms and other facilities when the well poses a hazard to safety or the environment, or when it is no longer useful for operations—that is, it has had no production for five years and there are no plans for future operations. Casing removal is often required as part of the P&A process.

The most cost-effective method of casing removal is the cut-and-pull method. Typically a logging run is performed to verify well integrity and to determine the top of the cement. A hydraulically operated multi-string cutter is then used to cut the casing approximately 10 ft (3 m) above the top of the cement. Following the cut, a casing spear engages the casing and retrieves it.

After decades downhole—encased in cement and subjected to wellbore conditions—casing can present challenges during retrieval. Cement stringers, barite settling, and/or other unknown factors can make pulling the cut casing almost impossible. If the casing is stuck, the spear must be released, pulled out of the hole, then run back in for another attempt. The entire operation is then repeated by cutting at points higher up in the well until a successful pull is made. In difficult wells, this process can compound into a number of wasted trips with the attendant added rig time, higher costs, and increased risk.

The new cut-and-pull spear cuts and pulls casing in P&A operations, slot recoveries, and other retrieval operations where cement bond and solids settlement circumstances are unknown. The spear can be set and reset several times, allowing multiple cut-and-pull attempts in a single run.

Cutting performance is improved because the tool can be used to apply tension during the cutting operation. It can engage the casing directly above the cut, ensuring that maximum force can be distributed at the cut point. The spear is easily set using mechanical manipulation.

When performing a cut-and-pull operation, the casing spear is run to depth in a bottomhole assembly (BHA) consisting of a multi-string cutter, the spear, jar, accelerator, and drill collars. The spear does not require a stop ring, so it can engage the casing at any depth directly above the cut point and transmit maximum force during cutting operations. Once at depth, specially designed slips engage the casing and provide 360° coverage to distribute the load evenly across the casing inside diameter to maximize pulling capabilities and to prevent casing deformation. Applied overpull sets a retrievable packing element stack, which stays energized throughout cutting operations to control circulation paths for added safety. The pack-off feature also enables hydraulic boosting to assist with retrieval.

During cutting operations, tension is applied to the casing to enhance performance. The knives are dressed with Metal Muncher milling technology tungsten carbide cutters which are durable and can perform multiple consecutive cuts, if required.

If a pressurized zone is exposed during cutting, the pack-off device can safely control the circulation of hydrocarbons from the well. The outlet ports are closed and the well is re-balanced so operations can resume safely. A built-in filtration system enhances reliability by preventing cuttings and other debris from collecting in the BOP stack.

The design of the spear supports loads in both directions, so when the cut is complete, the casing can be retrieved using overpull, jarring impacts, hydraulic pressure, or any combination of these. Once the casing is free, the spear unsets from its position at the bottom of the casing and resets at the top of the fish to simplify handling of both spear and casing at the surface.

An operator in the Norwegian Sea used the new cut-and-pull spear to remove the top section of 95⁄8-in., 53.5-lb/ft casing to perform a slot recovery operation to make way for a planned open hole side tracking operation in a deviated well. The well intervention team ran the spear to the desired depth of 4,017 ft (1,224 m) in a BHA comprised of the spear and a multi-string cutter. Rotation and upward movement were applied to activate the slips. Rotation was stopped when overpull was recorded and the force of the overpull energized the packing element stack. After the packing elements were actuated, the spear was prepared for the cut by unlocking the mandrel from the rest of the tool. Tension was applied to the casing string, rotation initiated, and the cutting tool cleanly severed the casing at 4,021 ft (1,225 m) in three minutes.

Following some difficulties retrieving the casing from the initial cut point, the well intervention team released the spear without issue by setting down 2,000 lbf (907 kgf) of force and slowly rotating to the right until the spear released and moved down the casing. The team continued rotating 15 more turns, applied set-down weight, and the spear fully disengaged. Rotation was stopped and the string was picked up to neutral weight of 168,000 lb (76,204 kg), and the element was allowed to relax for 10 min. The team pulled up to relocate the spear higher in the casing, at 2,933 ft (894 m), without issue. The spear was then reset in overpull mode. With 343,000 lbf (155,582 kgf) overpull, the 95⁄8-in. casing was released and recovered.

The new spear enabled the operator to set the tool at depth; make a clean casing cut; unset and reposition the spear farther uphole; reset the tool to lock it to the casing ID; and retrieve the top casing section, all in a single trip. Without the spear, the operation would have required two separate runs—the first to cut the casing, and the second to retrieve it—which would have required an estimated 36 hours. Using the cut-and-pull spear to complete the slot recovery operation in a single run saved 19.5 hours of rig time and an estimated $650,000.

In the event that cut-and-pull is unsuccessful, the casing stub can be milled using a pilot mill dressed with advanced milling technology (AMT) inserts. Metal Muncher mill and Turbo pilot mills are two alternatives, both of which benefit from an evolution in metallurgy and geometry of tungsten-carbide cutting inserts to improve fracture toughness, wear resistance, and sharpness. The small, uniform chips produced while milling can be easily circulated from the tools.

The AMT G-cutter is the most recent cutting element designed for greater longevity under heavy impact. It has a second cutting edge and a second chip breaker to continue cutting effectively after the initial edge is worn away.

In some multiple-casing-string retrievals, the inner casing is completely cemented far above the elevation that needs to be milled. In these situations, cut-and-pull operations are not feasible, and pilot milling the inner casing is time consuming and costly. A more efficient and cost-effective alternative is to use an AMT section mill to mill the inner casing and an extended-reach section mill to mill the outer casing, effectively milling a section inside a section. This eliminates the need to remove the inner casing from surface. Efficiency is also increased by the step-by-step approach, which allows centralization and stabilization inside the casing being cut.

During the next eight years, more than 800 offshore wells are scheduled for P&A in the UK alone. In the GoM, the current annual well P&A count of 1,200 is expected to continue for several years. Integrated approaches with contingencies to handle the unknowns associated with P&A operations will be critical to the safety, efficiency, and economics of these operations. Already, significant steps have been taken toward minimizing intervention duration. The industry is also pursuing surface spread cost reduction in the form of smaller footprint through a progression toward riserless light well intervention vessels (RLWIV) and cost-effective conveyance, such as coiled tubing smart intervention, and electric wireline and slickline.