Spending on UK offshore operations is on the way up, according to the operators' association UKOOA. 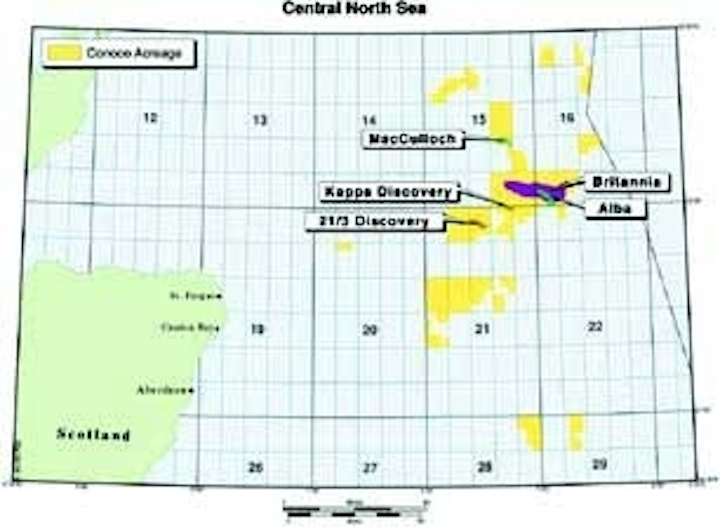 UK recovery finally on the way

Spending on UK offshore operations is on the way up, according to the operators' association UKOOA. Its latest survey of members plans for 2001 shows a provisional outlay (not including exploration expenditure) of

The investment surge suggests that talk of a drift in UKCS production could be premature, UKOOA claims. In fact, oil and gas output may continue climbing before peaking in 2004. The recent revival in exploration drilling could also serve to sustain production levels in the longer term.

Malcolm Brinded, Shell Expro's Managing Director, commented that "the return of confidence to the UKCS was initially slow following the collapse of the oil price in 1998, reflecting the maturity of the UK basin. However the work of [industry body] Pilot and the combined efforts of companies throughout the supply chain are beginning to bear fruit. The competitiveness of the UK is allowing operators to increase capital investment here in the face of tough global competition."

One near-term development investment will likely be Kappa, a 1999 oil and gas discovery in the Central North Sea. Operator Conoco's analysis of its recent appraisal well suggests the field could produce up to 20,000 b/d, possibly exporting to Conoco/Chevron's Britannia platform 25 km distant.

Britain's Department of Trade and Industry has offered 45 blocks or part-blocks west of the Shetlands under the UK's latest (19th) licensing round. Bids are due in by February 27, with awards expected to be issued promptly, to dovetail with drilling campaigns lined up for the summer in neighboring Faroese waters. The blocks trend north-south down the UK/Faroese median line. Licenses will be set initially for six years, but with optional extensions for a further 12.

Aside from acreage close to BP's producing fields in this area, bidders are expected to jostle for quadrants 213 and 214, where Exxon-Mobil is rumored to have made three discoveries. The latest, which definitely contains gas (214/9-1) was drilled by the semisubmersible Jack Bates, although the extent of the find was characteristically downplayed by Exxon-Mobil.

Whether exploration can proceed next summer may depend not only on deepwater rig availability, but also the government's current consultations concerning environmental impact of activities in this area. The 19th round was originally scheduled for 1999, but was delayed by a successful court action brought by Greenpeace - this ruled that the European Union's Habitats Directive was applicable to the UKCS. Green-peace may mount a further challenge once licenses are awarded.

Two of a clutch of undeveloped discoveries west of Shetland are Amerada Hess' Strathmore and Solan, with respective recoverable reserves pitched at 36 million bbl and 31 million bbl. Contractors are now being invited to put forward commercial concepts for a potential development, under the industry/government Satellite Acceler- ator initiative. The fields were discovered in 1990-91, and lie 35 km south of Foinaven and Schiehallion in 400-500 ft of water. Tiebacks to the floaters on BP's fields have been ruled out. The main challenge on Strathmore is to yield commercial flow rates from the tight Triassic reservoir. Solan also requires some form of stimulation, but injecting gas may induce asphaltene precipitation.

Norsk Agip, which has drawn so many blanks in the Norwegian North Sea, has suddenly achieved two breakthroughs in the Barents Sea - where so many others have failed. Its latest well in this sector, in block 7019/1, found gas in the Gamma prospect in Cretaceous and Jurassic sandstones in 190 meters water depth. Cores samples were taken and the well was production tested. The company had been prospecting for oil, and further on the downside, the gas is thought to have a high carbon dioxide content.

Nevertheless, the company is planning further activity on the license, and is also looking to appraise its Goliath oil discovery in Barents license PL229, which came in October. Reserves here are estimated at up to 250 million bbl. The same rig which managed these wells, the Transocean Arctic, has since moved on to a location 240 km north-east of Hammerfest in northern Norway to drill another wildcat for Statoil, in 290 meters water depth. According to Statoil's Barents Sea sector manager, it was testing a structure in Upper Triassic and Jurassic sandstones, with a deviated section through a salt dome.

In another relatively untested region further south in the Norwegian Sea, Statoil hit the target with a well on the Falk structure, 20 km north-east of its Norne Field. The well, drilled in 350 meters water depth by the West Navion drillship to a total depth of 2,200 meters, proved oil in early Jurassic sands. But it failed to establish whether Falk is in communication with the 100 million bbl Svale deposit 10 km away. Currently, Svale is under review for development vie a tieback to Norne, but a planned appraisal well may confirm that Svale and Falk are in communication. In which case, Statoil may opt for a standalone development.

Also in Mid-Norway, ExxonMobil abandoned testing of its Belladonna gas discovery due to technical problems thought to stem from a leak. Recoverable reserves are thought to be around 120 bcm, but the shape of the structure may affect recovery. ExxonMobil is reviewing the well data from this deep-lying, high pressure/high temperature reservoir before committing to an appraisal program.

Statoil is to wind down production from its Yme Field this June, under plans already approved by the Norwegian authorities. The field currently produces 16,000 b/d from seven wells into the Yme Gamma and Beta structures, using the Maersk Giant production jackup. However, output is set to decline rapidly. Yme Gamma came onstream in February 1996, and was notable as one of the smallest platform-based oilfield developments in the North Sea. It is expected to produce 51 million bbl by shut-in, more than twice the original estimate.

TotalFinaElf is expected to submit its long-awaited cessation plan for the Frigg Field, where production is due to expire in around two years' time. Planning has been delayed due to a longer than expected consultation process concerning removal of the field's three concrete platforms. Two smaller concrete platforms, operated by RWE-DEA in Germany's Schwedeneck Sea, will likely be removed this spring - plugging of the wells started last fall. The two concrete bases, currently installed in 16 meters and 26 meters water depth, weigh 16,000 tons and 14,000 tons. Although smaller than the Frigg installations, they may attract keener interest from the industry as the first concrete installations to be removed. The concrete will be recycled as paving in a new port facility in Kiel.