A recent report for the US Minerals Management Service (MMS) shows that the socioeconomic impacts of the oil and gas industry along the US Gulf of Mexico coastline vary greatly from location to location. 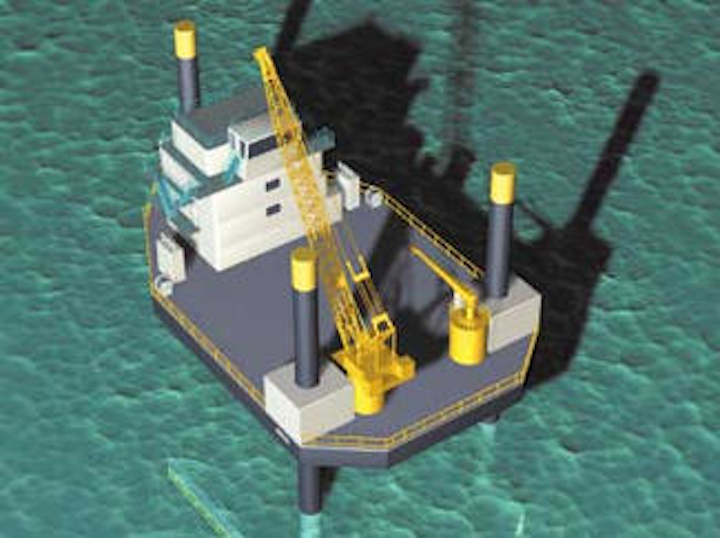 A recent report for the US Minerals Manage-ment Service (MMS) shows that the socioeconomic impacts of the oil and gas industry along the US Gulf of Mexico coastline vary greatly from location to location. The MMS' Assessment of Historical, Social, and Economic Impacts of OCS Development on Gulf Coast Communities indicates other factors contributed to changes more than the petroleum industry.

Factors such as the GI Bill (post-ward education), school desegregation, and construction of the interstate highway system have driven much of coastal change since 1930, the study states, and social scientists looked at the changes over the last seven decades. The study was completed for the Department of the Interior by TechLaw.

Chevron brought the deepwater Typhoon Field onstream through an Atlantia Offshore Seastar mini-tension leg platform. Production from the $256 million project in Green Canyon 237 is through four subsea wells in 2,100 ft water depth. The US Minerals Management Service approved royalty relief for Chevron, which allows the US major to produce 87.5 million boe without paying royalties.

Spinnaker has find at Stirrup

Spinnaker Exploration Co. reported a natural gas and condensate find at its Stirrup prospect on Mustang Island 861 in Texas state waters of the Gulf of Mexico. The Mustang Island 861 No. 1 well tested Middle Frio sands. The find in 54 ft water depth tested at 21.1 MMcf/d of gas with 130 bbl of condensate. The well was shut in pending design and fabrication of a production platform, related facilities, and flowline. Additional drilling will begin following the temporary abandonment of the Mustang Island 861 No. 1 well. Operator Spinnaker has 42%, Dominion has 33%, and Pioneer Natural Resources has 25%.

Apache has find at Eugene Island 187

Unocal said its deepwater exploratory well on the Trident prospect in Alaminos Canyon 903 encountered more than 300 ft of hydrocarbon-bearing pay. Preliminary evaluation indicates reservoir fluid of at least 40° API. Trident, located 185 miles southeast of Corpus Christi, Texas, is in 9,687 ft water depth. The well was drilled to a total depth of 20,500 ft in 66 days at an estimated gross cost of $34 million.

"We will need to perform additional appraisal and evaluation work in order to determine ultimate commerciality," said Mike Bell, Vice President of Unocal's Deepwater USA business unit. The Trident prospect covers seven blocks in Alaminos Canyon. Operator Unocal has 59.5%, Chevron has 15%, Ocean Energy has 12.75%, Agip has 8.55%, and Phillips has 4.2%. Appraisal drilling is expected in 2002 based on the evaluation.

MMS proposes sales for next 5 years

The US Minerals Management Service proposes 20 lease sales in the federal outer continental shelf (OCS) between 2002 and 2007, many of them in the Gulf of Mexico. The five-year proposal includes sales in the western, central, and eastern Gulf of Mexico, as well as Alaska's Beaufort Sea, Norton Basin, Cook Inlet/Shelikof Strait, and the Chukchi Sea/Hope Basin.