TGS has provided an update on its offshore seismic acquisition programs in North America and elsewhere. 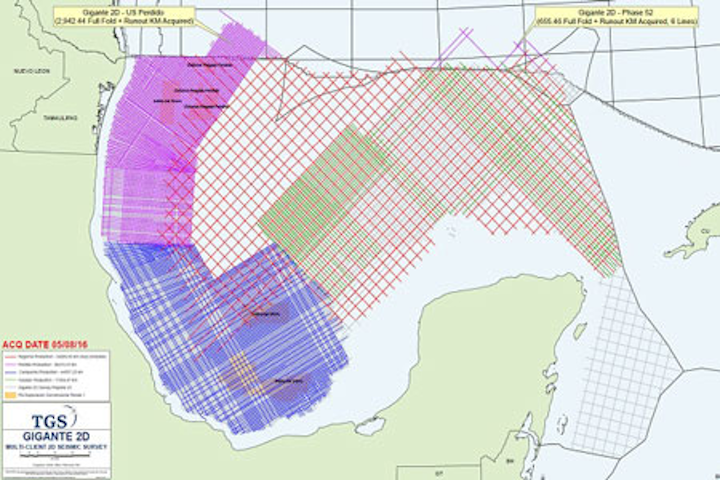 ASKER, Norway – TGS has provided an update on its offshore seismic acquisition programs in North America and elsewhere.

TGS will also perform line ties to its previously acquired US Gulf of Mexico regional grids.

The company increased themulti-beam fleet to two vessels during 2Q with coring operations continuing from a third vessel. By mid-year more than 50% of the data was in with the remainder of the project expected to be complete in 4Q.

Interpreted results will be integrated with the 2D seismic survey.

In late May the company began its sixth consecutive season acquiring dataoffshore eastern Canada in partnership with PGS. They expect to acquire around 36,000 km (22,369 mi) of 2D seismic off Newfoundland and Labrador this year for use in scheduled licensing rounds.

This will tie recent and deep wells with TGS’ existing 3D coverage over the offshore Exmouth plateau and Carnarvon basin and will take in acreage proposed for the 2016 Australian licensing round.

In the Barents Sea, TGS has started a two-month multi-client P-Cable survey which is expected to be complete during the current quarter.