It has been nearly 100 years since the reflection seismic method was first used to image the subsurface, and since then it has evolved to deliver increasingly accurate 3D geological models and more reliable inversion to reveal indicators of rock properties. 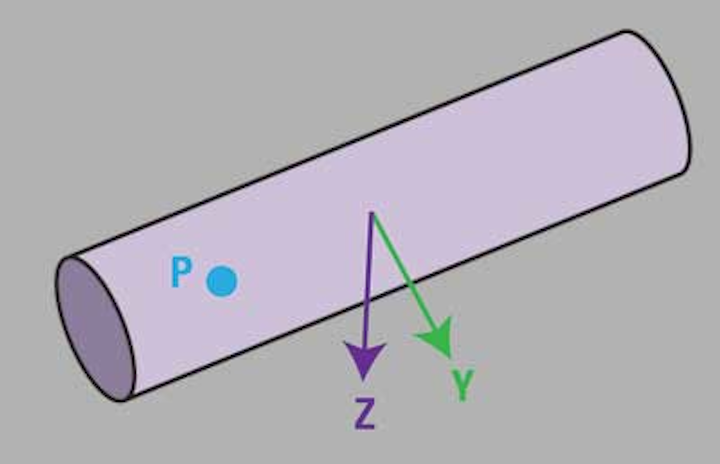 It has been nearly 100 years since the reflection seismic method was first used to image the subsurface, and since then it has evolved to deliver increasingly accurate 3D geological models and more reliable inversion to reveal indicators of rock properties. While developments in seismic sources and sensors have improved the frequency bandwidth that can be input to the subsurface and subsequently recorded back at the surface, achieving truly 3D high-resolution images of complex structures also requires adequate spatial sampling in both the inline and crossline directions.

Despite a century of improvement in marine seismic acquisition and data processing technology, the method has, until recently, not delivered adequate spatial sampling. This limitation was overcome by the launch in June 2012 of the WesternGeco IsoMetrix marine isometric seismic service which, for the first time, fully captures the 3D wavefield using towed streamers, enabling reliable high-resolution imaging of complex subsurface structures.

Hydrocarbon reservoirs require trap closure in all directions, so are intrinsically 3D structures. Achieving truly 3D high-resolution images of complex subsurface structures requires adequate spatial sampling in both the inline and crossline directions. Onshore, subject to limitations caused by surface obstructions, seismic sensors can be deployed in a square grid, resulting in equal sampling in both directions.

Offshore, this recording geometry can only be achieved using sensor nodes deployed on the seabed, which is time-consuming, costly, and currently not possible in very deep water. In deepwater, towed-streamer geometries are currently the only economically viable solutions for acquisition of large 3D seismic surveys.

Until the 1980s, marine seismic surveys were typically acquired with a single streamer to provide grids of 2D lines several kilometers apart. This required geological interpretations to be interpolated over long distances. Before the advent of multi-streamer operations, some seismic companies experimented with reducing 2D line-spacing to hundreds of meters and interpolating to a finer grid during data processing; however, the method, achieved limited success in creating reliable 3D data volumes.

During the 1980s, technologies used by fishing and other industries to spread in-sea equipment laterally from the vessel path were developed into systems to deploy multiple streamers from a single vessel for marine seismic surveys. Today, these surveys are typically acquired by a vessel equipped with between 8 and 16 streamers towed 50 to 100 m (164 to 328 ft) apart, each 3 to 8 km (1.8 to 5 mi) long. Each streamer contains hydrophone sensors, and spatial sampling of the data recorded along each streamer (inline) can be as fine as 3.125 m (10.25 ft).

Isometric 3D sampling is enabled by a towed streamer design that combines measurements of wavefield pressure and gradient—vertically and crossline. Called Nessie-6, this new generation streamer system uses point-receiver technology that combines hydrophones to measure pressure, with calibrated point-receiver microelectromechanical system (MEMS) accelerometers to measure the full particle acceleration at the streamer location due to both the upgoing and downgoing seismic wavefield.

The spatial gradient of the seismic pressure wavefield is directly related to the particle velocity vector, and can be derived from measurements made independently by different sensors in the Nessie-6 streamer. This knowledge enables multi-channel reconstruction of the pressure wavefield in the crossline direction far beyond the aliasing limits possible with hydrophone-only or hydrophone plus vertical gradient data.

A new computer algorithm called the generalized matching pursuit (GMP) method uses crossline (Vy) and vertical (Vz) particle velocity components of both the upgoing and reflected downgoing wavefronts derived from the Nessie-6 multi-sensor streamer data to achieve simultaneous reconstruction and deghosting of the seismic pressure wavefield in a 3D sense. It can compute the upgoing and downgoing separated wavefield at any desired position within a spread of streamers, and has been shown to be extremely robust in dealing with highly aliased data.

The result of multi-sensor recording and multi-channel reconstruction is a reliable, continuous measurement of the full upgoing and downgoing seismic wavefield sampled at a 6.25-m x 6.25-m (20.5-ft x 20.5-ft) point-receiver surface grid. This fine isometric sampling in both crossline and inline directions makes the data suitable for use in a wide variety of interpretation and modeling applications, such as high-resolution near-surface imaging, deep reservoir characterization, and 4D reservoir monitoring.

Conventional towed-streamer marine seismic acquisition systems deploy sources and streamers at shallow depths, typically between 6 and 10 m (20 and 33 ft). This configuration enables recording of the high frequencies needed for resolution, but attenuates the low frequencies needed for stratigraphic and structural inversion. Shallow towing also makes the data more susceptible to environmental noise such as that caused by waves, swell, and wind.

Towing sources and streamers at deeper depths enhances the low-frequency content and can increase the signal-to-ambient-noise ratio (S/N); however, it attenuates the high frequencies. The attenuation is due to interference of the upgoing seismic wavefield recorded by the pressure sensors by the reflection of the wavefield after bouncing back from the sea surface above the streamer—referred to as its "ghost."

In addition to the receiver ghost there is a source ghost—the result of interference to the downgoing seismic wavefield with its reflection from the sea surface above the source. These ghost reflections result in "ghost notches" in the frequency spectrum, which are low amplitudes in particular frequency bands dependent on the source and streamer depth. Ghost notches in the seismic wavelet lead to loss of resolution in the seismic image.

The new system overcomes the need for compromise when deciding tow-depth. For each Nessie-6 streamer, high-quality measurement of the vertical particle acceleration—with good S/N down to 3 Hz—enables separation of the pressure wavefield into its upgoing and downgoing components, facilitating removal of the receiver ghost. The source ghost is addressed by use of the Delta calibrated marine broadband seismic source.

In combination with a solid streamer design, the ability to deghost deep-tow data allows extension of the seismic acquisition window by reducing the impact of adverse weather. In addition, adequate sampling of coherent noise from external sources such as rigs and other seismic vessels enables further S/N improvements during early stages of processing.

Time-lapse (4D) projects acquire 3D seismic surveys at intervals from before the start and during production of a reservoir. Differences between the data recorded from one survey to the next can indicate changes in pressure or fluid content. The method can guide reservoir management decisions, identify flow barriers, and locate untapped compartments suitable for infill drilling.

Changes in the seismic response of a reservoir are often very subtle, and can easily be masked by differences in the way data has been acquired from one survey to the next. The new technology incorporates several field-proven elements of the WesternGeco Q-Marine point-receiver marine seismic system, including its proprietary marine seismic streamer steering system and intrinsic ranging by modulated acoustics (IRMA) system to control the positions of the entire seismic spread. Furthermore, the ability to reconstruct the wavefield at any desired grid offers improved 4D repeatability to better reveal the subtle variations in seismic responses related to changes in the reservoir.

The new marine seismic system is the result of 10 years of research and engineering, the largest single engineering project ever undertaken by Schlumberger. The program not only delivered the new seismic acquisition technology, but also the algorithms and workflows needed to manage the unprecedented amount of data it produces.

The new technology is attracting interest from oil and gas exploration and production companies of all sizes around the world. Manufacturing of the new system is running at full-speed, and the company has developed a rollout schedule for the introduction of the new technology among its worldwide fleet of 3D vessels.

Starting in August 2012 the seismic vesselWestern Pride, operating in the North Sea for several operators, completed acquisition of the first commercial IsoMetrix projects. In February 2013, the seismic vessel WG Vespucci, equipped with 10 full length streamers, completed acquisition using the new technology of a 3D survey for Thombo Petroleum Ltd. The survey covered a full fold area of 686 sq km (265 sq mi) extending over the A‐J1 graben of block 2B off the west coast of South Africa. This graben contains the A‐J1 oil discovery drilled and tested by Soekor in 1988.

In April 2013,WG Vespucci began acquiring a 3D survey in the western Barents Sea using the isometric seismic technology. The survey, being acquired on a multi-client basis, lies to the north of the WesternGeco Bjørnøya Ice Bear and West Loppa 3D seismic survey areas where the Havis and Skrugard discoveries were made. WG Vespucci has a busy schedule of IsoMetrix projects around the world and other vessels will soon be fitted with the new equipment.