Exploration drilling is set to recommence this year in South Australia's Great Australian Bight with companies such as BP, Statoil, Chevron, Bight Petroleum, Santos, and Murphy Oil committing more than $5 billion to explore the region. 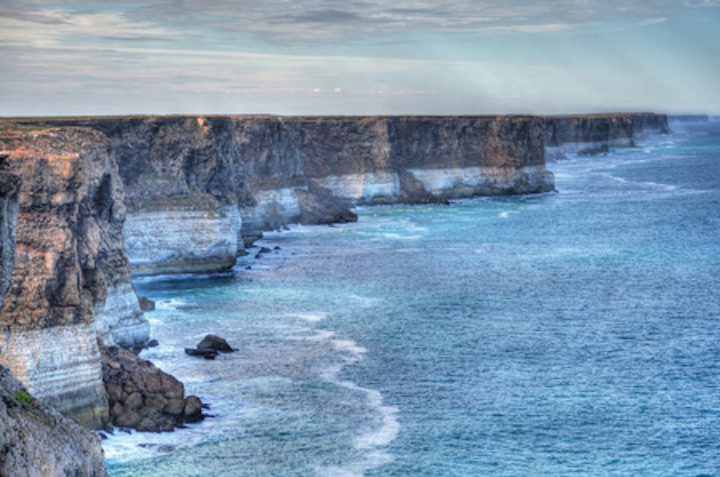 Exploratory drilling set to begin in the Bight basin

Exploration drilling is set to recommence this year in South Australia's Great Australian Bight with companies such as BP, Statoil, Chevron, Bight Petroleum, Santos, and Murphy Oil committing more than $5 billion to explore the region.

South Australian Development Energy Resources Department Executive Director Barry Goldstein said earlier this year that companies were attracted to the Bight because of its potential for giant fields - even with today's low oil prices.

"They won't be low forever," Goldstein said. "If exploration is a success, it would take less than five and as many as 10 years to bring a discovery into production because of the need to get a facility in-place," he said.

At an oil and gas conference in Perth, Western Australia in March, offshore vessel operator Swire Pacific told the media that the current down cycle for international oil and gas operators has not hindered exploration progress in the Great Australian Bight.

However, Swire said companies that were awarded work programs are now cutting costs as the price of oil sinks to below $50/bbl.

"Operators are not telling us to renegotiate agreements at this stage, but ... a small number of vessels will be moving from one project to the next, which is a normal part of cost rationalization during these low oil price cycles," the company said.

"What we are seeing is a re-ordering of the supply chain and a shift in thinking about the way Australia does business - what's new is that old frameworks are being challenged as demographics within the industry change."

Geologists have long speculated that the Bight basin may be the most prospective frontier oil basin in the world. BP Australia estimates that the basin holds oil and gas resources of "global significance," likening the area to the Gulf of Mexico in its estimated size -- much larger than those found in the east coast Bass Strait oil fields discovered by BHP and ExxonMobil in the 1960s.

However, the treacherous Southern Ocean seas that cover the Bight are almost 3 km (2 mi) deep in some places, and it is also notorious for its extreme weather that have made it largely unexplored.

Modern 3D seismic imaging technology, which is unlocking its complex geology, coupled with cutting-edge drilling techniques, and new vessel designs that now exceed the region's metocean challenges, are making it possible for the area to be explored and produced for the first time.

BP, awarded deepwater exploration petroleum permits (EPP) 37, 38, and 39 three years ago by the South Australian government, is expecting the delivery of a custom built $755-million extreme weather semisubmersible rig from South Korea. It is slated to drill the Ceduna subbasin prospect by the end of the year.

The new semisubmersible, a Moss CS60E design ultra-deepwater vessel, is currently nearing completion at Hyundai Heavy Industries' Korean yard. It will feature dual positioning operations, dual activity, high-capacity drilling systems, and is built to withstand the Bight's large waves with the capacity to drill as deep as 2,000 m (6,562 ft).

The supermajor is nearing constructing of a heliport for this project. A $138-million contract was awarded to international helicopter company Bristow Group to set up the new air base in the town of Ceduna. Construction of hangars and an alternate landing strip, taxi-way, and a passenger terminal is also planned to begin soon, with tenders closing in 2Q 2015.

Bristow's fleet will comprise three large helicopters: a Eurocopter EC225 Super Puma; a long-range passenger transport helicopter to ferry workers from shore to BP's new semisub, situated 300 km (186 mi) offshore; and two Sikorsky S-92s, a four-blade twin-engine medium-lift helicopter. One of the Sikorsky S-92s will be used as a backup for crew changes, and the other (the first of its kind in Australia), dedicated to search and rescue.

BP Australia Executive Andy Holmes said the Bight basin could be something like the Niger Delta or Mississippi Delta, so it is of interest to the world, not just Australia and BP.

"We don't know yet, but it could be that big," Holmes stated.

Statoil, who signed a farm-in agreement in 2013 with BP, acquiring a 30% equity share in the company's four Bight basin exploration licenses, plans to commence exploratory drilling in 4Q 2015. Seismic acquisition, now completed, represents the most comprehensive geological analysis ever undertaken in the frontier region.

Furthermore, ASCO Group was awarded a contract to manage the marine supply base for BP's upcoming program. The 24/7 supply base at Flinders Port in Adelaide will be managed by ASCO in partnership with Flinders Logistics, a subsidiary of Flinders Port Holdings.

ASCO Australasia CEO Matt Thomas said ASCO's selection to manage the base and all associated logistics is further recognition of its global capability, and reinforces a new strategic direction in Australasia.

"We are now seen as a valuable and viable alternative to current service providers in the oil and gas, transport and logistics arena," Thomas said.

Supply base activity will ramp up from early 2016, employing around 25 full-time staff at its peak.

The US super major has committed itself to spending $486 million, acquiring 21,000 sq km (8,108 sq mi) of 3D seismic data last year with planning under way for two wells to be drilled in each deepwater block over the next six years.

Chevron said an additional survey was planned for completion this year, with processing and interpretation planned to continue through to 2016.

Bight Petroleum, which received EPP41 and 42 four years ago, received the required environmental approvals to proceed with its exploration program. The company is currently on the hunt for a joint venture partner to acquire 935 sq km (361 sq mi) of 3D seismic over the permits by May.

The permits mostly contain shallow-water prospects and are located much closer to shore than the majors operating in that area.

Bight Petroleum is working closely with leading Australian Structural Geoscientist Peter Boult, who has been researching the Eastern Bight basin for the past 11 years, dating back to when he was chief geologist with the government of South Australia.

By re-mapping the Eastern Bight basin using state-of-the-art reprocessing, depth conversion, 3D seismic interpretation software with in-built structural quality control, the company has identified more than 40 targets, with nine rated as high-graded targets in EPP 41, and five in EPP 42. The proposed Lightning 3D Marine Seismic Survey program, being led by Bight Petroleum, is expected to greatly improve geological understanding of the eastern end of the Bight.

Santos is partners with Murphy Oil in block EPP43 (located on the marine border between Western and South Australia), with each holding a 50% share. The co-venture committed to spending a combined amount of around $50 million over the next three years. Late last year, the joint venture announced it will begin its own 8,000 sq km (3,089-sq mi) 3D seismic program by 2016.

Murphy Oil Vice-President for Malaysia John James recently told the media in Malaysia that the company had been through low oil price cycles before and prices have historically rebounded.

"In 2009, we saw a similar drop from $150 to $40 per barrel, but it quickly improved. This time it probably won't recover quite as quickly," James said. "In general, 2015 will be a challenging year, but at the end of the day this will make companies evaluate everything they do in terms of cost and priority, making them more efficient and selective." •