In the past, even with radar, satellite images and ice charts, it was very time consuming for ice observers to integrate or update reams of ice, weather, and ocean information. ION's Concept Systems has developed Narwhal, a fully-integrated ice management system where information is loaded automatically, time-stamped, and geo-referenced in a single database. As a result, ice observers, captains, and management can make more informed decisions, reduce downtime and costs under extreme conditions, and maximize the effectiveness of every operating season in icy waters. 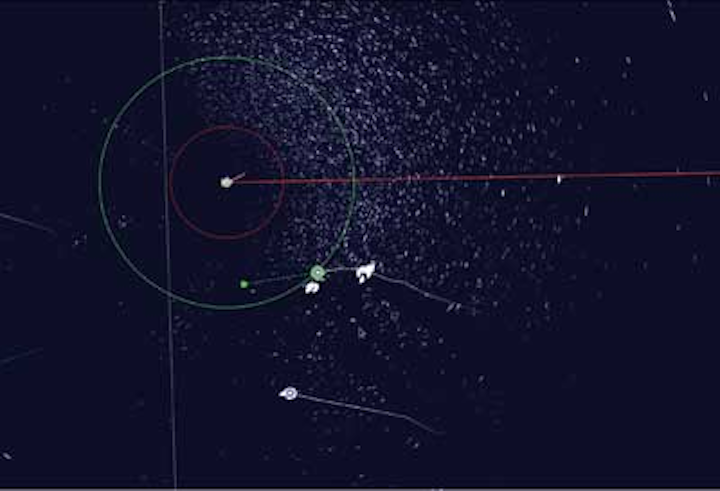 More than 100 years ago when the Titanic struck an iceberg and sank in the North Atlantic Ocean, the only ice detection technologies available to the captain and crew were visual sightings and wireless transmissions in Morse Code from other vessels. Over time, additional ice detection technologies have emerged to protect cruise vessels and other commercial operations from the threat of sea ice and icebergs. These include aerial photography, marine radar, satellite imaging, infra-red cameras, weather bulletins, and sea ice charts from government agencies and service providers.

With so much ice data available, the risk of a collision today would seem remote. Nevertheless, in recent decades, collisions with icebergs have occurred at a rate of more than two per year. Why? More tourists are visiting Antarctica each year; a growing number of commercial vessels take the Northern Sea Route across the Russian Arctic to reduce time and fuel costs; and because the US Geological Survey estimates that one-quarter of the planet's undiscovered but technically recoverable hydrocarbons lie above the Arctic Circle. With the intensification of maritime activity in ice-prone waters, the risk increases.

Even with many sources of ice data, a single piece of missing or overlooked information can lead to a collision. In 2007, the MS Explorer, an ice-reinforced cruise ship, sank in the Antarctic Ocean due to a misjudgment. The captain and crew were experienced ice navigators, but they underestimated the thickness and density of sea ice they began to plow through one night. They mistakenly believed that they were entering a thin first-year sea ice field and maintained full speed. The vessel then struck a 15-ft (4.6-m) "wall" of older, harder glacial ice that exceeded the Explorer's ice classification, slicing open the hull. The ship sank days later. All passengers and crew were rescued safely.

One reason ship captains and professional ice observers can still misjudge ice conditions is that, even today, most of them still depend largely on a disparate mix of manual methods to make sense of diverse ice information. This is, however, no longer the only option.

In 2011 and 2012, an E&P operator conducted site surveying, scientific coring, and high-resolution seismic streamer operations near the coast of Greenland. In this area, the frequent presence of both large and small icebergs needs to be carefully managed in order to keep personnel and equipment safe. To assess the risks from hour to hour, dedicated ice observers tracked bergs around the clock using marine radars and satellite images, calculated their mass using spreadsheets, and posted their speed, direction, and position on paper polar plots. Critical ice information was scattered around the bridge. Obtaining up-to-date data required ice specialists to print hardcopy plots and images elsewhere on the ship. Keeping the captain well informed, especially under extreme conditions, was both challenging and time-consuming.

The operator's ice management plan prescribed a threshold perimeter around the survey vessel, based on the time required to safely suspend operations and move out of harm's way. However, for mobile seismic operations, there was no way to plot the constantly moving perimeter on paper along with iceberg positions. Working closely with the captain, ice observers had to estimate where an encounter might occur and exactly when to move off site/line. To guarantee the safety of the vessel, crew, equipment, and environment, they frequently decided to move off location sooner and wait longer to return than was absolutely necessary. This resulted in nonproductive downtime.

Prior to the 2013 operating season, the operator learned about recent advancements in ice data visualization and decided to optimize and field test Narwhal, a new, integrated ice management system developed by ION's Concept Systems. Narwhal evolved from the company's 30-plus years of experience in data management and software development, as well as knowledge and experience gained during eight seasons acquiring seismic data in Arctic waters.