Repsol has operated the Brazilian presalt block BM-C-33, located in the Campos basin, since 1997. There, the company has made the discoveries of Pao de Acucar, Seat, and Gavea, which are estimated to hold more than 700 MMbbl of light oil and 3 tcf of gas, representing the biggest discovery ever made by a private company in Brazil. The authors review the main aspects of the operations carried out in block BM-C-33 through the joint venture Repsol Sinopec Brasil. 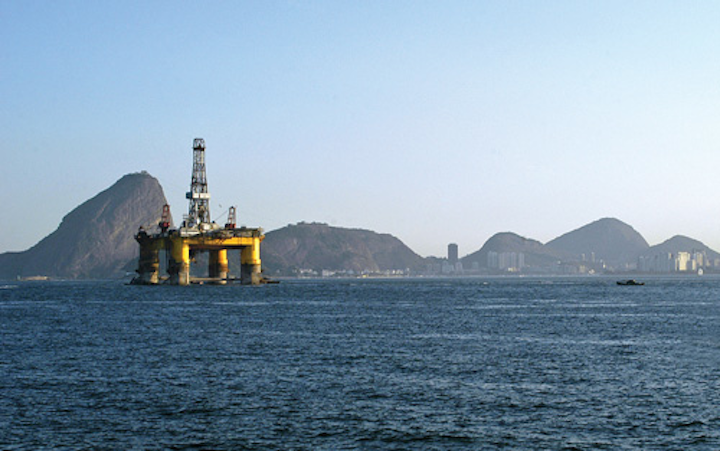 Brazilian presalt is probably the most promising area worldwide for the oil and gas industry. However, presalt layer operations pose many challenges due to their depth, pressure, and distance from shore.

Repsol has operated the Brazilian presalt block BM-C-33, located in theCampos basin, since 1997. There, the company has made the discoveries of Pão de Açúcar, Seat, and Gávea, which are estimated to hold more than 700 MMbbl of light oil and 3 tcf of gas, representing the biggest discovery ever made by a private company in Brazil. This article will look at the main aspects of the operations carried out in block BM-C-33 through the joint venture Repsol Sinopec Brasil (RSB).

Presalt structure. The presalt formations in BM-C-33 are geological layers that were laid down before a thick salt layer accumulated above them during the break-up of the super continent "Gondwana."

Seismic imaging. Reservoirs in the basin showed strong stratigraphic control, complex subsalt geometry, and an ultra-deep seafloor. A decision was made to perform the first tilted transverse isotropy (TTI) anisotropic Kirchhoff prestack depth migration (PSDM) project in-house. Anisotropy parameters were interpolated in a structurally consistent manner estimated by minimizing the mistie between the seismic and depth markers in four wells. The dynamic estimation for anisotropic Thomsen parameters was an innovation developed by Repsol Subsurface Imaging group. TTI aims to identify the trend of the depositional systems and incorporates geological information, thus providing a better velocity model and seismic images.

Massive mud losses during the drilling of the wells indicated high porosity/permeability cavern systems. In fact, centimeter- to metric -scale caves were confirmed by image logs. The quantification of non-connected vuggy porosity was performed with sonic, nuclear magnetic resonance (NMR), and image data.

Many of the remaining uncertainties in facies and reservoir characterization in the area are expected to be addressed by the multidisciplinary team working on this project. This working group consists of petrophycisists, reservoir geologists, geophycisists and interpreters supported by a team of high level sedimentologists and specialists from many other disciplines.

From a drilling point of view, block BM-C-33 poses numerous challenges in terms of well designs anddrilling operations. The combined complexities of ultra-deepwater drilling and complex reservoir systems demand attention, cutting edge technology, as well as time and financial capital together with the use of existing resources. Below is an overview of the drilling challenges and technology solutions RSB has used and plans to employ in the future.

Ultra-deepwater and deep targets. The water depth in the block ranges from 2,600 m (8,530 ft) to 3,000 m (9,842 ft) and reservoir targets are located as deep as 7,200 m (23,621 ft). This requires the use of the latest generation of drillships to drill at depths of up to 3,000 m, while handling large quantities of drilling fluids as well as heavy and long casing strings which can weigh up to 2 MMlbs. RSB is using an Ocean Rig Mylos drillship, which is among the biggest floating rigs available in the market.

Thick salt sections. The wells are located within a salt layer ranging from 300 m (984 ft) to 3,000 m; hence, it was important to apply the correct drilling fluid density, to keep the salt body open during operations. Up until now, RSB has drilled the thickest salt section of 2,700 m (8,858 ft) in this block. Drilling thick salt sections carries numerous difficulties such as stuck pipes, salt closure, and salt entry and exit. Salt exit is one of the key issues and requires special attention due to the risk of losses at the base of the salt layer.