Offshore reached out to analysts and officials within seismic and geophysical companies to learn more about the current state of the market; how the segment has fared so far; and what to expect in 2016. 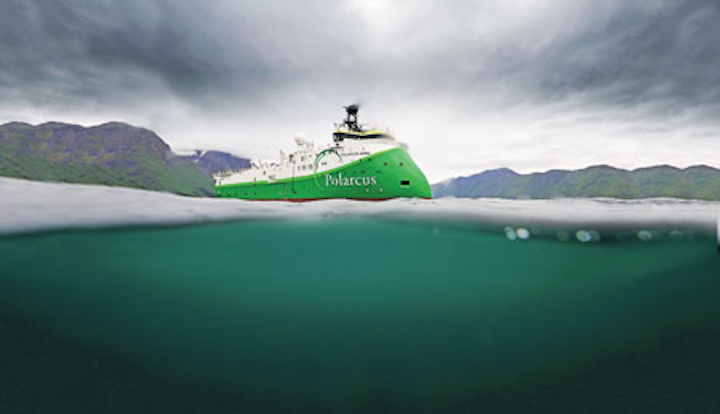 Although the offshore sector was somewhat cushioned at the beginning of the crude crisis, when WTI experienced its freefall in 2H 2015, diving from $60/bbl in June 2015 to $36/bbl in December 2015, the sector, especially the seismic industry was hit hard.

Hopes for starting the new year on a higher note were dashed when oil prices dropped to deleterious levels; Jan. 20 saw WTI dip down to $26/bbl for the first time since September 2003.

This continued, depressed price environment has forced companies to focus on survival rather than growth. Seismic and geophysical contractors are continuing to feel its effects.

Offshore reached out to analysts and officials within seismic and geophysical companies to learn more about the current state of the market; how the segment has fared so far; and what to expect in 2016.

Due to measures taken during 2015, Craig Hunter, seismic editor, IHS Energy, toldOffshore that many seismic companies are in better shape for 2016.

“One of the noticeable differences is that the companies have put in efforts to consolidate their businesses. They’ve prepared themselves for the struggle ahead,” Hunter explained. “So, 2015 was the transition year in that sense.”

As much as possible, companies renegotiated lower vessel rates and debts for the current market conditions.

Additionally, Hunter explained, the December 2015 bankruptcy of Dolphin Geophysical “changed the balance quite dramatically.” Although unfortunate, during a down market it brings positive news to those in the segment: There is now one less company to compete for work, and several less vessels.

He also said that he did not expect to see the dismal environment companies encountered in 4Q 2015 to continue to the same degree. Hunter expects to see some of the vessels that have been laid-up to come back on in 2Q, as the European season will run beginning in April or May through October, and it is one of the busiest times of the year for seismic vessels.

“It’s always a bit harder in 4Q to get work when vessels move to the Southern Hemisphere,” he said. “In the current market, that was exacerbated, and the vessels had nowhere to go. So, they’ve been laid up in Lyngdal, Norway or [elsewhere] in southern Norway, largely.”

Because the vessels that have found work are typically operating in far-away locations like Myanmar or Australia, Hunter said that it would make more sense for those vessels laid up in Norway to return to work there.

Unfortunately, it is not all good news. Companies are doing their best to adapt, but the industry was hit hard by the swift collapse in crude pricing. FairfieldNodal Senior Vice President Roger Keyte, also chairman of the board of the International Association of Geophysical Contractors (IAGC), said that the decline would have been nearly impossible to predict.

“The price of oil went from $90 to $30, so their incoming cash has been cut to a third,” he pointed out. “They are clearly hurting, as well, from a cash flow point of view.”

In the wake of the crisis, exploration and production companies are hurting for cash - leaving the seismic contractors in turn hurting for funding and at least partially absorbing the cost of a given job.

There has also been a fundamental shift in the type of work seismic contractors receive. Before the down market, most work was done under contract, with a seismic company funded to complete a job. A smaller percentage of work was gained through multi-client sales. Those numbers have probably flipped, explained Keyte, placing further strain on the participating seismic companies as they wait for buyers.

Furthermore, if E&P companies are suffering for cash, that could lead to an even bigger problem: Companies are indicating that they do not plan to exceed those dwindling cash reserves, according to a report.

Released in December 2015, Evercore ISI’s Global Exploration and Production Spending Outlook surveyed about 300 global oil and gas companies and collected their data throughout the year. Not surprisingly, 74% of operators surveyed indicated that oil price is the key determinant of 2016 budgets, however, Evercore said cash flow remained a preeminent determinant of total E&P spend, coming in at 59%.

Even though there are still areas of the world that are seeing a relatively high level of seismic activity, including Myanmar, the Caribbean coast of South America, and Mexico, low or no pre-funding could keep companies from pursuing those opportunities.

“There is a lot of activity, but a lot of that activity is not totally funded, so a lot of that cost is coming out of the contractor’s pocket,” Keyte said.

Hunter also noted that some companies will not move forward without a certain level of pre-funding, so one “would expect that a lot of these projects won’t go ahead.”

One of the biggest issues that seismic and geophysical companies have been facing is an industry-wide slash of upstream budgets, including sinking E&P resources. Unfortunately, this is likely to continue until the market begins to rebalance. Unable to embark on any new exploration, the effects resound through the rest of the industry - particularly seismic companies.

“Our seismic and geophysical contractors depend upon E&P companies’ interest and willingness to invest in new exploration, and right now we’re seeing less,” said Walt Rosenbusch, COO and executive vice president of the IAGC.

Through the end of 2016, Evercore ISI expects more than $200 billion in spending to be removed from the market.

In speaking withOffshore, West said: “I believe seismic spending will be down another 50% in 2016 as exploration activity dries up.”

Also troubling is a February report released by Deloitte, “The Crude Downturn for E&Ps: One Situation, Diverse Responses,” which posited that nearly 35% (or around 175) of global E&P companies listed are at high-risk of slipping into bankruptcy in 2016.

IAGC’s Keyte likened the chain reaction currently being experienced in the industry to the multiplier effect in economics, albeit to a “fairly severe” degree. Simply put, when the world economy drops even by a couple of percentage points, industries such as energy are affected, with the amount of damage suffered growing the further a business is down the chain.

“We tend to be cut off first and recover last because we are way down on the multiplier chain,” he said, explaining that E&P companies will eschew their seismic exploration plans in favor of another approach that limits their exposure to the volatile market.

“The easiest thing for an oil company to drop is seismic exploration,” Keyte said. “They want to keep their key geophysicists working because they know the market will turn around - they sit and work on data that they already have and generate prospects.

“So when the price of oil turns around, the first thing they do is start to drill. They don’t start to develop new prospects, which requires new seismic, until after that.”

Although seismic data is a relatively inexpensive part of the exploration cycle, investing in finding new discoveries is not likely to be an operator’s top priority in today’s market. Instead, companies will likely optimize their current, producing assets. In this scenario, workover rigs are more likely to be seen working than drilling rigs.

“You’re seeing the E&P companies not investing in new exploration. Rather, they are looking at that investment that they already have on the books and the existing production and how can they enhance that production,” Rosenbusch said.

In these cases, many companies are currently utilizing 4D, or time-lapse, seismic.

“[When] exploration tends to dry up, activity around existing fields carries on,” Keyte said. “There’s some seismic in there.”

Many of the major seismic players have undergone restructuring efforts to ensure that they are as healthy as possible when the market picks up again.

Polarcus said it received wide support from its stakeholders when it announced a restructure to reduce its debt in January. Hans-Peter Burlid, who became the company’s CFO in March, toldOffshore that he feels confident in its plan.

“This financial restructuring secures the company’s low-cost position and makes it more resilient in today’s low oil price environment,” Burlid explained. With a $140 million reduction in debt service over the next two years, and cost-saving initiatives implemented during 2015, Polarcus managed to reduce the cash break-even cost for the vessels with 30%. He said that Polarcus would continue to focus on cost efficiency while maintaining a solid backlog.

Christophe Barnini, senior vice president, Group Communications for CGG said that the Paris-based company had also engaged “in major cost-cutting measures while, at the same time, maintaining R&D efforts at a high level.”

Like others, CGG has reduced headcount and plans to reduce its fleet. However, it also entered into a partnership to expand its offerings despite the crisis. At SEG 2015, CGG announced a collaboration with Halliburton, which Barnini said aims to connect CGG’s geoscience software applications with the Landmark system to bring new workflows to the market that will help companies maximize recovery rates in less time.

Kenny Laughlin, manager of Geophysics with Landmark Software and Services, said that Landmark had noticed a new wave of research as companies redirected the time they previously spent out in the field. “Research is important now because the companies are less active,”he said. “This is the time when they are trying to retool and add value for when the industry turns around.”

Companies are focusing on bettering the whole seismic value chain, as opposed to individual activities like processing or acquisition.

“At these [oil] prices we need to totally change the whole work flow - not just the individual pieces,” Laughlin explained, calling Landmark’s alliance with CGG a great example of this goal.

“It is not just about data anymore, or about software: It’s about taking the data and the science and connecting them on a platform that will bring value to customers,” he said of the partnership.

TGS CEO Robert Hobbs said that TGS was impacted differently in this market than its competitors, due to its business model. TGS does not own vessels, and Hobbs said the company could invest countercyclically.

“In a market like we are in right now, we can restructure our costs,” he explained. “Since we charter or rent vessels, we can invest countercyclically…That is a hallmark of TGS; we can adjust our activity and spending to protect our cash flow.”

Hobbs said that TGS had reduced its headcount in 2015, and will reduce its investment in seismic data by 55% through 2016, positioning the company well in spite of the market.

According to Hobbs, Mexico is one of TGS’ main regions of focus. TGS recently hit the halfway mark of its 186,000 km (115,575 mi) 2D seismic project, Gigante, which covers the Mexican sector of the Gulf of Mexico.