Equinor and its partners have submitted a plan for further development of the Troll field in the North Sea to Norway’s Ministry of Petroleum and Energy. 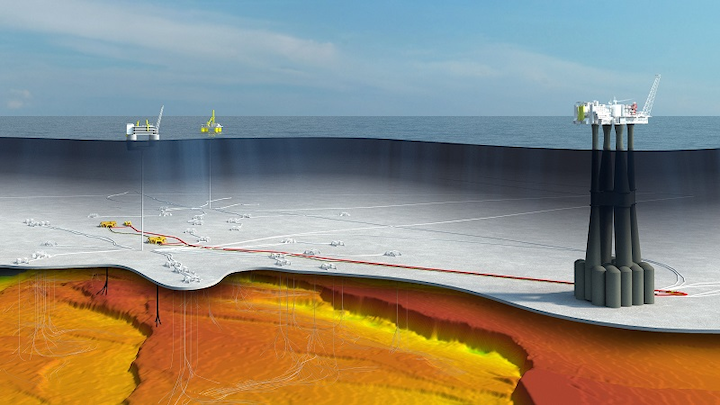 STAVANGER, Norway – Equinor and its partners have submitted a plan for further development of the Troll field in the North Sea to Norway’s Ministry of Petroleum and Energy.

“Thethird phase of the Troll development realizes 2.2 Bboe, it has a break-even of less than $10 per barrel and a carbon intensity of 0.1 kg per barrel. This is probably one of the most profitable and robust projects in the company’s history,” said Margareth Øvrum, executive vice president Technology, Projects and Drilling.

Troll accounts for 8% of the European Union’s gas consumption. The gas is produced on the Troll A platform and is exported through a pipeline to Kollsnes for cleaning, drying, and compression before being transported to the European gas network through the Zeepipe pipelines.

Earlier this year it contractedAker Solutions to provide subsea facilities and construct a new processing module on Troll A.