Teekay Offshore Group has reported that the FPSO Pioneiro de Libra has arrived in Brazilian territorial waters following a voyage from the Jurong Shipyard in Singapore. 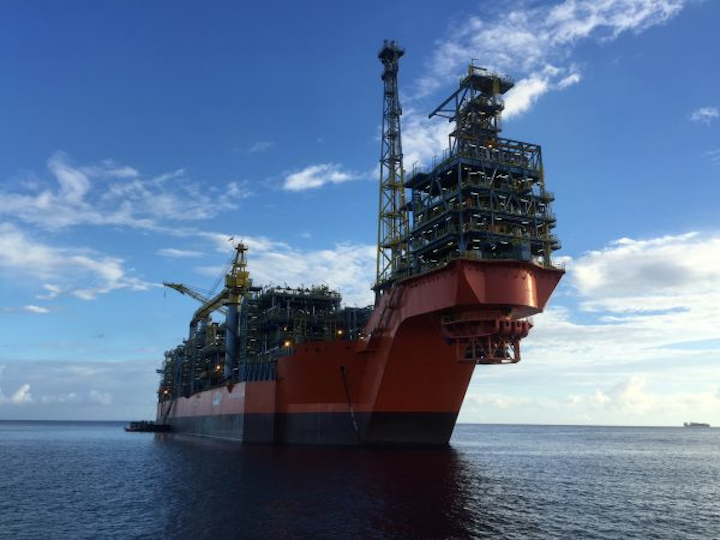 HAMILTON, Bermuda– Teekay Offshore Group has reported that the FPSOPioneiro de Libra has arrived in Brazilian territorial waters following a voyage from the Jurong Shipyard in Singapore.

The FPSO departed Singapore on March 28 and arrived in Brazil on May 17.

Since the christening of the FPSO in December 2016, the vessel has undergone commissioning and sea tests. During this period, more than 1,000 activities were carried out, including inclination and propulsion tests, in addition to other process systems.

The company says that during the trip to Brazil, other tests were carried out and, upon arrival, the vessel will undergo approval processes by inspection bodies and Petrobras. Then the anchorage and connection of the risers will take place. First oil is scheduled for July.

The FPSOPioneiro de Libra will be the first to produce oil from the giant Libra block which covers more than 1,500 sq km (579 sq mi) in the presalt Santos basin. Estimated reserves are 8-12 Bbbl of oil. The unit can operate at water depths of up to 2,400 m (7,874 ft), with a production capacity of 50,000 b/d of oil and compression capacity of 4 MMcm/d of gas.

More than 4,000 people were involved in the project over the last two years, including more than 19 million man-hours of shipyard activities, without a single lost-time injury, according to Teekay.