Statoil says that a focus on quality in project delivery and execution has reduced costs for the first phase of the Johan Sverdrup development by a further NOK 5 billion ($641 million) to NOK 92 billion ($11.8 billion). 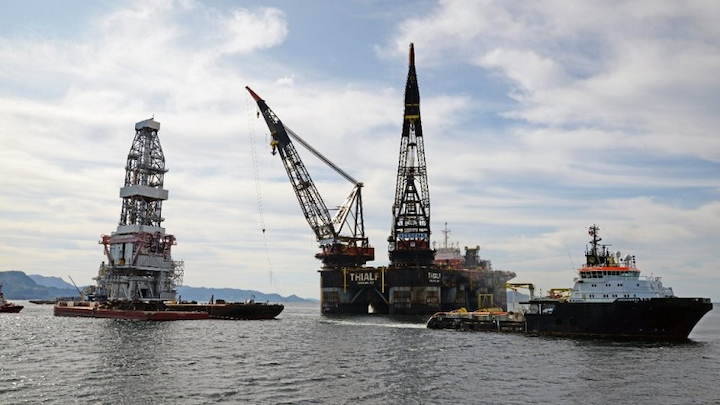 STAVANGER, Norway – Statoil says that a focus on quality in project delivery and execution has reduced costs for the first phase of the Johan Sverdrup development by a further NOK 5 billion ($641 million) to NOK 92 billion ($11.8 billion).

According to partner Lundin, this represents a saving of 25% compared to the original estimate in the plan for development and operation (PDO), excluding additional foreign exchange rate savings in US dollar terms.

The North Sea project passed the halfway mark this summer, and is now nearly 60% complete, ahead of plan and below budget.

“We are seeing high quality in project planning and execution across the entire project, and the project continues to benefit from good drilling and well efficiency, which together has enabled us to further reduce our forecast for the first phase,” said Eldar Sætre, Statoil’s president and CEO.

Since the Norwegian authorities approved the PDO, planned investments for Sverdrup have fallen by more than NOK 30 billion ($3.85 billion).

Currently thePhase 1 drilling platform is undergoing assembly in the Klosterfjorden, near Haugesund in Norway. This is one of four platforms which will comprise the field center.

After Aibel has completed the assembly operation, the drilling platform will be transported to Haugesund where work on hook-up of modules and commissioning will continue until the offshore installation, scheduled for mid-2018.

Sverdrup will be developed in several phases. A concept decision for Phase 2 was taken earlier this year for another process platform (P2), modifications to the riser platform, and subsea wells.

Phase 2 is expected to start up in 2022, with full field production estimated at 660,000 b/d of oil. Peak output on Johan Sverdrup will be equivalent to 25% of all Norwegian petroleum production.