The first patents for so-called steerable systems were issued in the late 1800s, and applied primarily in water wells. A full century passed before modern rotary steerable systems (RSS) made their oilfield debut, reportedly on BP's Wytch Farm extended-reach play. Today, with depressed oil and gas prices, operators are primarily concerned with cost reduction. Offshore asked four RSS providers for an update on their latest efforts to improve drilling efficiency and add value. 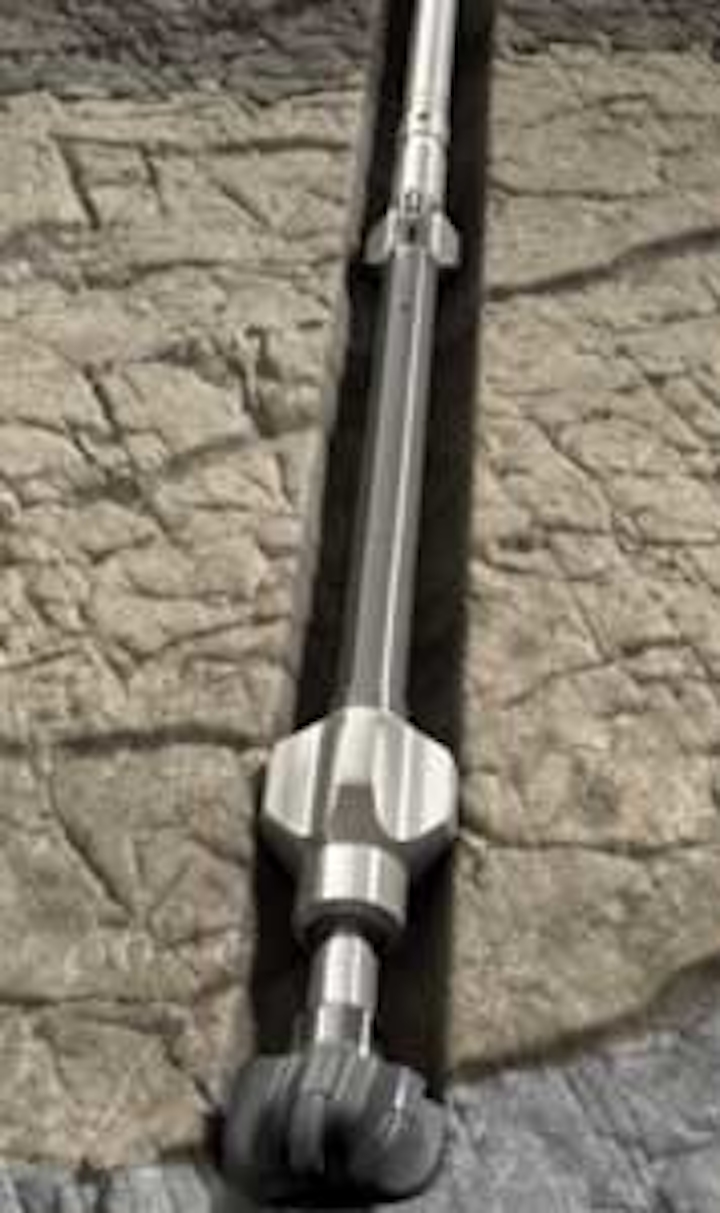 The first patents for so-called steerable systems were issued in the late 1800s, and applied primarily in water wells. A full century passed before modern rotary steerable systems (RSS) made their oilfield debut, reportedly on BP's Wytch Farm extended-reach play. A major advantage of rotary steerable systems is improved drilling efficiency. The steerable feature adds value by enabling the wellbore trajectory to be adjusted according to geological information retrieved in real-time from the downhole tools. The benefit is having the ability to steer into so-called reservoir "sweet spots." Today, with depressed oil and gas prices, operators are primarily concerned with cost reduction. Offshore asked four RSS providers for an update on their latest efforts to improve drilling efficiency and add value. Their responses follow in the order received.

The Geo-Pilot Dirigo 11K series RSS features a larger drive shaft and 55,000 ft-lb torque rating. According to the company, this amounts to industry-leading maximum load carrying capability. It was developed to support large borehole size drilling through hard formations, specifically salt, enabling faster drilling of difficult sections. The addition of a stabilizer to the bottom end of the tool moves the fulcrum point to the lower housing section. This geometry improves steerability, reduces vibration, and decreases stress on the RSS enabling a higher rate of penetration. The Geo-Pilot Dirigo 11K system has been successfully deployed offshore in the Gulf of Mexico and in Brazil.

Part of the Sperry Drilling Services Pilot fleet of automated drilling systems, the new equipment is particularly effective in transition zone drilling. The company says the system offers consistently higher build rates in large borehole sizes, primarily due to its point-the-bit feature and a strategically-placed stabilizer just above the drill bit. Especially in shallow reservoirs, consistent dog-legs are required to drill successfully the shallow soft formations. Build rates of 10°/100 ft are achievable in larger boreholes and 15°/100 ft in smaller diameters. This allows drillers to kick-off their laterals deeper and still land in the heart of the reservoir. All Sperry's logging-while-drilling (LWD) systems are compatible with the Geo-Pilot Dirigo 11K system. Record-setting performance was recorded in China's Tarim basin where three days of rig time were saved while steering through thin reservoir sections. A coverage rate of 98% was achieved. Geosteering was achieved through the use of an at-the-bit gamma ray sited just 1 m (3 ft) above the bit.

New RSS developments have been driven by the rise of shale drilling where there was a need to stay within lease lines, yet still drill the longest possible laterals. Therefore, a new RSS was developed, the Baker Hughes AutoTrak Curve RSS system. According to the company, many operators have chosen to use AutoTrak Curve on all their wells due to the improved economics and the boosting of the net present value of their wells.

A new release, the AutoTrak eXact system is fully compatible with all LWD high build-rate equipment. Many operators in conventional applications have accepted the idea of higher build-rate drilling up to 12°/100 ft (30 m). For operators in conventional plays, this provides the ability to reduce drilling footage, avoiding directional work in problematic formations, and ultimately avoiding risk, thus saving time. The use of RSS in these wells has also meant the vertical, curve, and lateral sections can be drilled in one run. Additionally, the high build-rate capability means changes in geological structure can be reacted-to faster, and there is added confidence in achieving build rates where conventional systems may have had problems in the past.

The AutoTrak eXact system was introduced in September 2014 and since then has been used on many wells in the Middle East and North America. It was developed primarily for the conventional market, where there is a need for high build-rates simultaneously with acquiring LWD data. Extensive finite element analysis was carried out on a multitude of bottomhole assemblies (BHA) resulting in recommendations of standard BHAs that were optimized for the higher build rates and DLS.

The AutoTrak eXact system has shown significant value in its ability to deliver oriented kick-off from vertical while achieving high build rates and drilling longer laterals with high accuracy. It has also been used in formations that are extremely soft and unconsolidated where the use of RSS has been avoided in the past, and it has exceeded expectations with respect to rate of penetration and steering performance.

In the Middle East Tinat field, the use of the Revolution RSS saved the company's client $350,000 and a week of drill time by eliminating the need for drill pipe-conveyed wireline tough-logging-condition (TLC) operations.

Tasked with drilling a 5-in. horizontal section out of a 7-in. cement float and shoe to reach total depth in one run, Weatherford engineers recommended the penta-combo 4¾-in. LWD tool string featuring the SpectralWave azimuthal gamma ray and CrossWave azimuthal sonic tools. These services were used for data on formation porosity and for advanced elemental and petrophysical analysis of the reservoir. First, a full torque-and-drag hydraulic analysis was performed in order to design a BHA to eliminate TLC and optimize the rate of penetration (ROP). Then the LWD string was designed to acquire all the reservoir and geosteering data requested by the operator.

To tackle the growing number of high-pressure/high-temperature (HP/HT) wells, Schlumberger has developed an entire new tool system. Its name is ICE, ultra-high-temperature drilling services. ICE stands for Integrated Ceramic Electronics. This name is assigned to the new PowerDrive ICE RSS and the Telescope ICE high-speed telemetry service, but there is nothing cool about its record-breaking temperature capability. The system's operating temperature has been certified to 392°F (200°C) at pressures of 30,000 psi (207 bar) for 2,000 hours without failure.

Tested in the GoM and the Gulf of Thailand, where some of the hottest wells on the planet exist, the tool achieved its chief design criteria – uninterrupted drilling processes and provision of all required services. Testing included thermal shock cycling over a range of -72°F (-40°C) through 392°F (200°C). ICE electronic components use reliable ultra-high temperature multichip modules which include a ceramic substrate. The PowerDrive ICE dynamic elastomeric seals have been completely replaced by metal-to-metal ones.

The TeleScope ICE provides azimuthal gamma ray for steering, direction and inclination sensors, four-axis vibration, pressure, and temperature with two-way mud-pulse telemetry. Both the MWD and RSS tools are turbine powered and contain no batteries. The RSS tool operates up to 350 rpm for maximum ROP. The temperature rating applies to the system itself, not the formation temperature; thus it can successfully negotiate formations hotter than its rated temperature.

On its debut in Mexico, the PowerDrive ICE RSS saved nine days of rig time, conservatively valued at $1.35 million. This achievement was enhanced by a 16% ROP improvement drilling the well's 8½-in. tangent section over ROPs experienced in offset wells. The borehole trajectory steered from 77° to 57° azimuth to reach the 3D target set by PEMEX. Bottomhole conditions exceeded 329°F (165°C) and pressures greater than 15,000 psi (1,034 bar).

Originally, the operator experienced issues maintaining trajectory with a packed BHA. The pipe was tripped and the PowerDrive ICE RSS was deployed to recover the tangent section and withstand the high formation temperatures.

In Thailand, PTTEP drills more than 50 gas wells per year with BHT's greater than 200°C. Using the TeleScope ICE service, the operator was able to drill and steer successfully to target depth with measured formation temperatures of 399°F (204°C). A 13% rig time saving was achieved.