Statoil has issued details of its drilling plans this summer using the Seadrill semisubmersible West Phoenix, selected because of its capacity to drill in high-pressure/high-temperature formations. 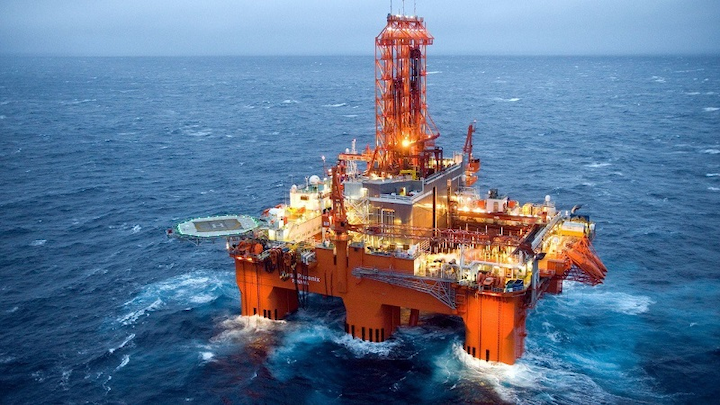 STAVANGER, Norway – Statoil has issued details of its drilling plans this summer using the Seadrill semisubmersible West Phoenix, selected because of its capacity to drill in high-pressure/high-temperature formations.

The sixth-generation, dual-derrick rig will first drill an exploration well on the Ragnfrid North prospect in the Norwegian Sea in license PL199, 20 km (12.4 mi) south of the Kristin field, at an estimated cost of $19.5 million. Here the partners are Norwegian state-owned company Petoro, ExxonMobil, and Total.

This will be followed by three wells in UK waters at a total cost of $18.5 million (the sums include fuel, casing running, use of ROVs, slop treatment and cuttings handling).

Next will be a well on the Pip prospect in the Fladen Ground Spur area in license P2318, followed by drilling of the Bigfoot prospect, 30 km (20 mi) south of Statoil’s Mariner field development, in license P2314.

The latter two permits were awarded last year under the UK’s 29th licensing round: in both cases, BP is the sole partner.

Drilling of the four wells will be a continuous campaign due to start in 3Q and continue for four to five months.

Jenny Morris, Statoil’s vice president for Exploration in the UK, said: “We hope to make new discoveries that can add value and provide the resources necessary for new developments on the UKCS [UK continental shelf].