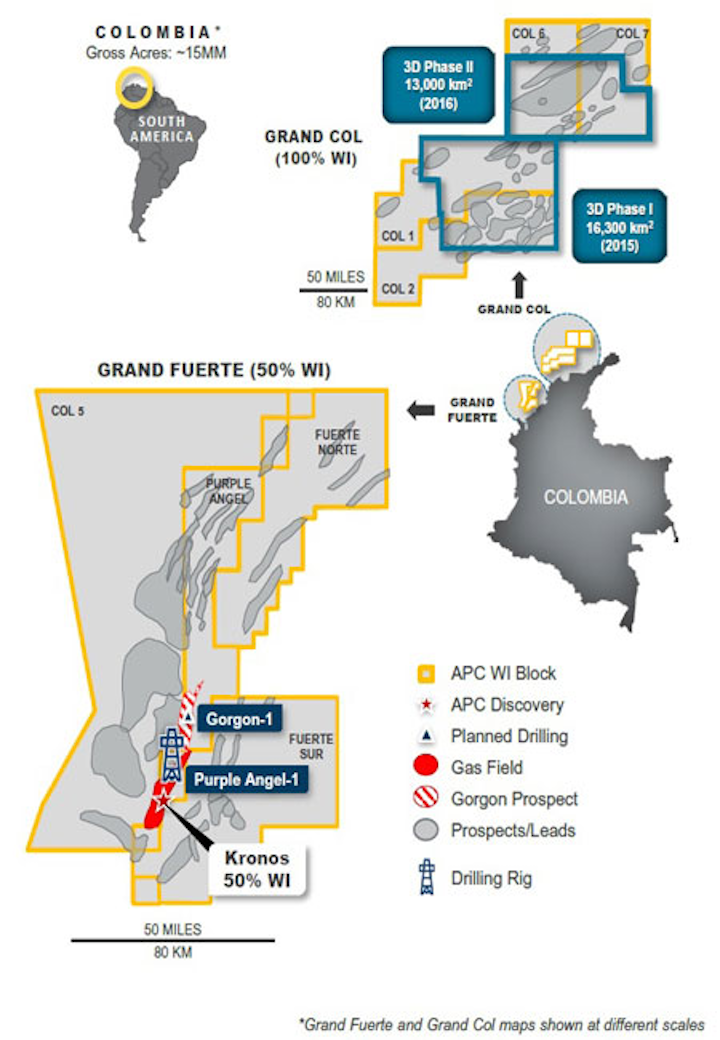 The aim is to test objectives similar to those that provide the company’s play-openingdeepwater Kronos discovery.

After completing the current well, the rig will mobilize to drill the Gorgon prospect elsewhere on the Purple Angel block. This will test an analogous structure along trend to Kronos.

Late last year, the company submitted a development plan to Mozambique’s government for an initial two-train LNG scheme, fed by supplies from the deepwater Golfinho and Atum fields inOffshore Area 1.