Statoil has discovered gas with a well on the Blåmann structure, 21 km (13 mi) southeast of the Snøhvit field in the Hammerfest basin of the Barents Sea. 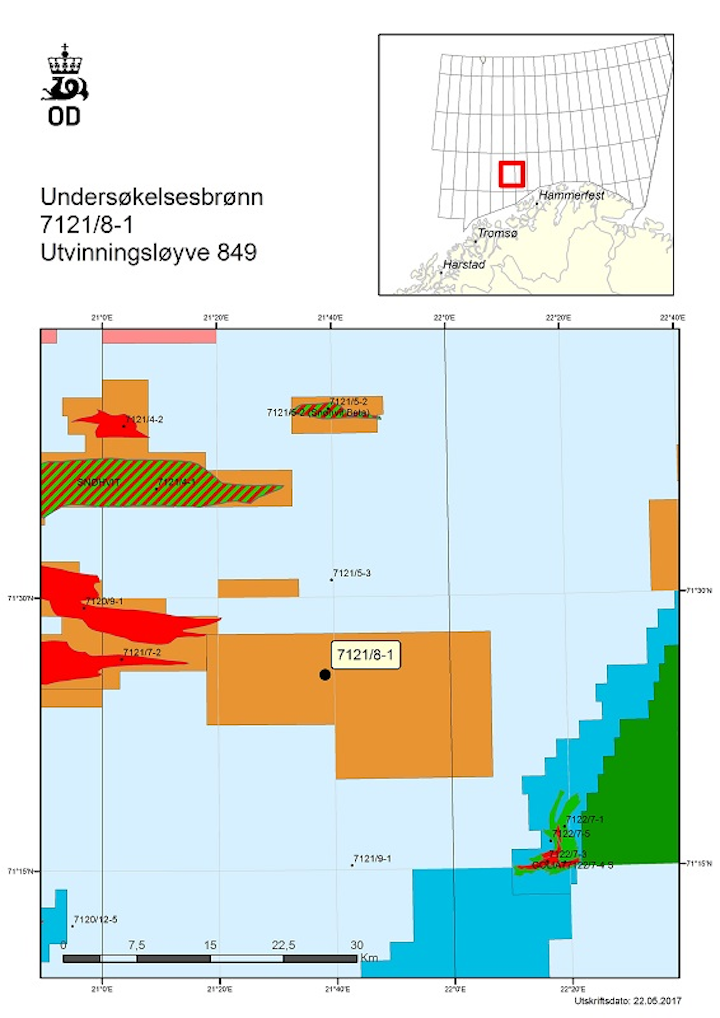 Well on the Blåmann structure in the southern Barents Sea

STAVANGER, Norway – Statoil has discovered gas with a well on the Blåmann structure, 21 km (13 mi) southeast of the Snøhvit field in the Hammerfest basin of the Barents Sea.

Jez Averty, senior vice president for exploration in Norway and the UK, said: “We were exploring for oil and this is not the result we were hoping for. However, this gas discovery has the potential to contribute additional resources to the Snøhvit project.”

The semisubmersibleSonga Enabler drilled the well in license PL 849, granted under last year’s Norwegian Awards in Predefined Areas round. The well, drilled in 378 m (1,240 ft) of water, encountered gas in a 23-m (75-ft) column in the Stø formation.

Lundin Norway has permission from the Norwegian Petroleum Directorate to drill appraisal well 7220/11-4 A in the Barents Sea, using the semisubLeiv Eiriksson.