Lundin Norway has permission from the Norwegian Petroleum Directorate to drill a new structure 32 km (19.9 mi) northwest of its Alta discovery well in the Barents Sea. 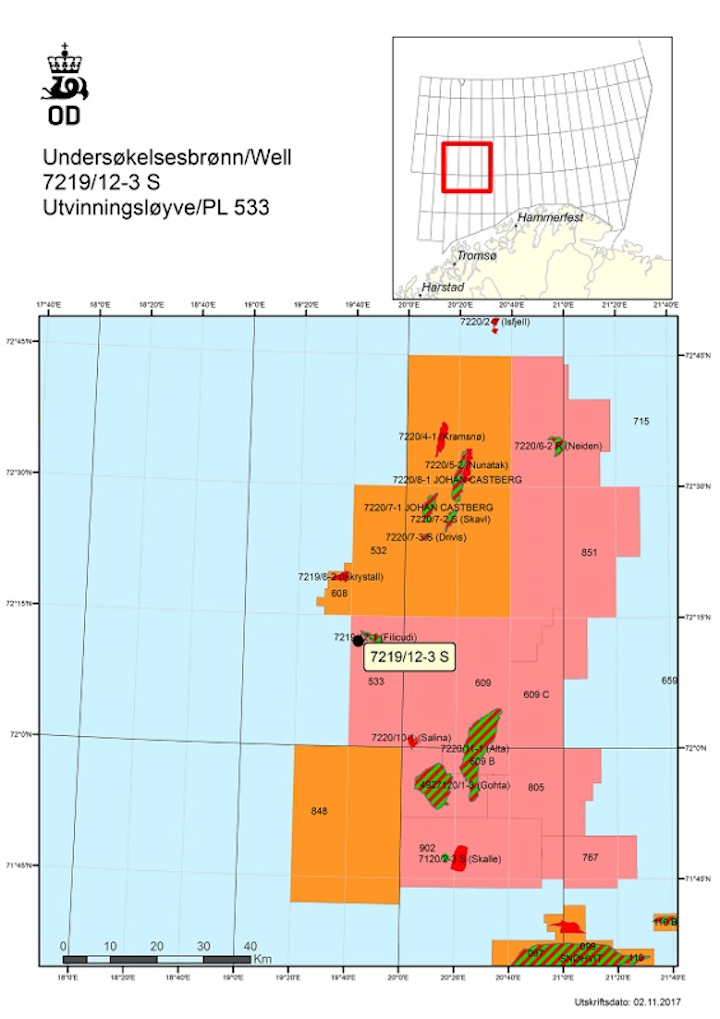 OSLO, Norway – Lundin Norway has permission from the Norwegian Petroleum Directorate to drill a new structure 32 km (19.9 mi) northwest of its Alta discovery well in the Barents Sea.

The semisubmersibleLeiv Eiriksson will drill well 7219/12-3 S in production license 533, which was awarded to Lundin in 2009 under Norway’s 20th licensing round.

The other partners are Aker BP and DEA Norge.