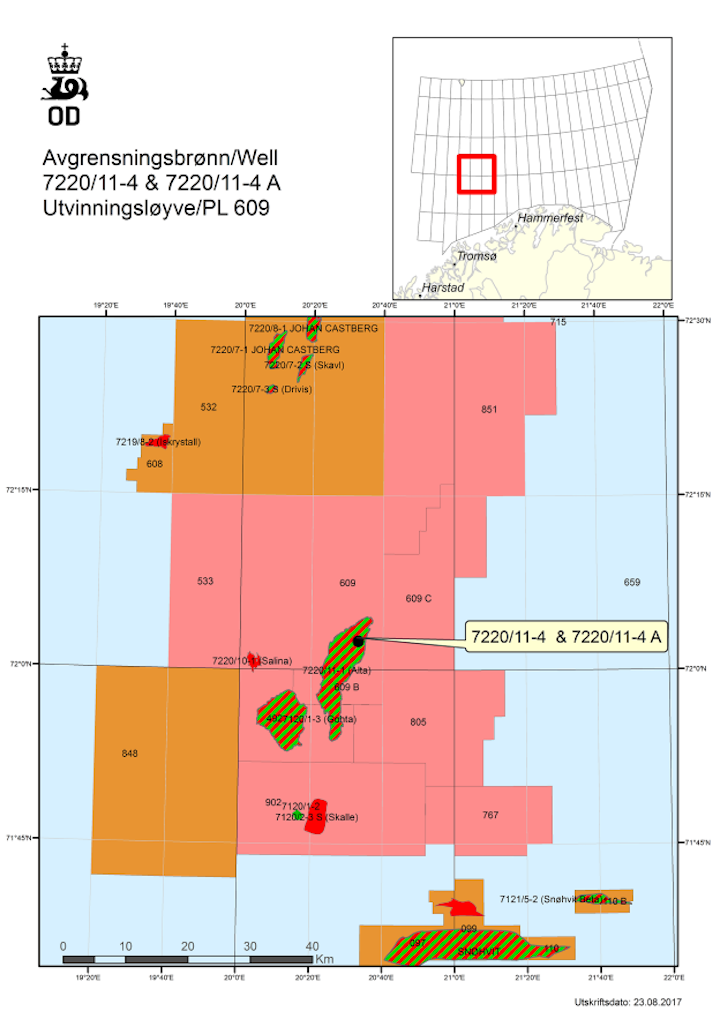 Well 7220/11-4 was designed to delineate Alta’s eastern flank by investigating the reservoir extent of conglomerates of late Permian to early Triassic age. It encountered a 48-m (157-ft) hydrocarbon column of which 44 m (144 ft) was oil.

Subsequent well 7220/11-4 A intersected a 44-m oil column in the same interval and in carbonate rocks in the Ørn formation.

Reservoir quality through the oil column was variable in both cases, although various zones had good permeability.

Pressure data revealed the same hydrocarbon contacts as observed in previous wells on Alta and confirmed good communication across the structure.