Faroe Petroleum has discovered small quantities of oil and gas in the Novus structure in the Norwegian Sea. 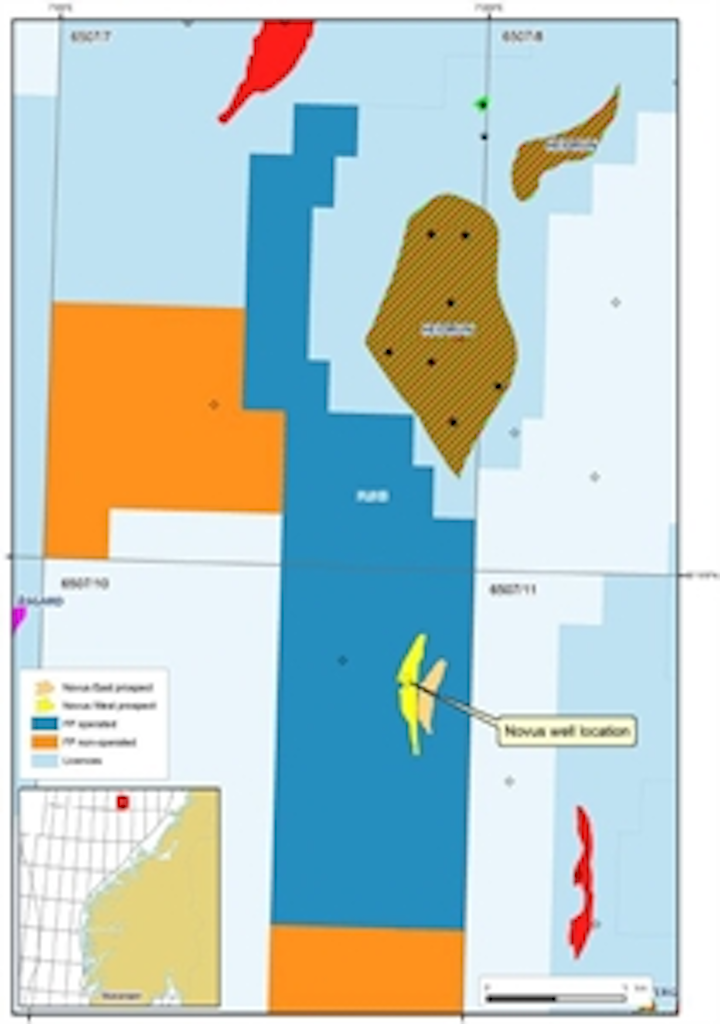 ABERDEEN, UK – Faroe Petroleum has discovered small quantities of oil and gas in the Novus structure in the Norwegian Sea. The drillship West Navigator spudded the 6507/10-2S exploration well last November on the structure, 9 km (5.6 mi) south of the Heidrun oil field.

The well targeted the Jurassic reservoirs of the Garn, Ile, and Tilje formations on the basis of strong AVO and 3D seismic amplitude anomalies at these levels thought to be analogous to nearby discoveries.

The main wellbore targeting the Novus West horst block intersected a 12-m (39-ft) net gas column and a 12.5-m (41-ft) net oil column in a thicker than expected Garn formation. However, the Ile and Tilje formations were water wet.

Early analysis suggests recoverable reserves of 6-15 MMboe. Due to a large gas cap in the reservoir, Novus is unlikely to be commercial as a standalone development, although there is potential for a joint scheme with other prospects in the area, assuming favorable further drilling results.

Other partners in the license are Centrica Resources Norge, Skagen 44, Spike Exploration Holdings, and Concedo.