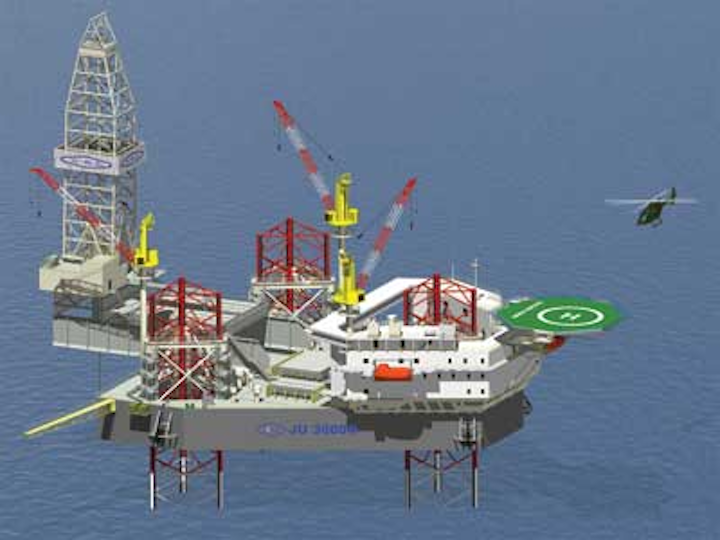 The 2011 figures included seven drillships reportedly ordered by Sete Brasil to be built in Brazil for contracts with Petrobras. Those rigs are not included in the 2012 list. Earlier this year, Sete reported an agreement with Petrobras to build as many as 26 drillships and semisubmersibles, with other contractors ordering as many as 6-7 additional drillships and semisubmersibles. However, reliable source note that these are not firm rig orders but rather letters of intent at best and some are reported to still be in negotiations. As a result, these rigs are not included in the 2012 figures.

It sometimes seems that several new rig orders are announced every month, particularly for huge, state-of-the-art drillships that can drill 35,000 or 40,000 ft wells in 12,000 ft of water. To be sure, many recent rig orders fit these specifications. However, a closer look at the rigs under construction this year compared with 2011 shows a slightly different scenario.

Certainly not all floating rigs are rated for extremely deepwater. Songa Offshore is building four semisubmersibles that will be equipped to drill in up to 1,640 ft (500 m) of water although they are designed to operate in about 5,000 ft of water. These are special purpose units with long-term contracts to Statoil for North Sea activity.

There are 25 more jackups under construction in 2012 than a year ago: 82 compared with 57 in 2011. That translates into a nearly 44% increase. Maersk Drilling is building three MSC Gusto CJ 70 units rated for 492 ft of water. It may not be too long before a drilling contractor orders one of MSC Gusto's CJ80 designs rated to drill in nearly 600 ft in North Sea conditions. (Bethlehem in the '80s had a concept for a jackup that could operate in 600 ft waters.)