While operators accept that well abandonment is a necessary and inevitable stage of the asset lifecycle, they also want to ensure that every well is P&A'd as quickly, cost effectively, and safely as possible. 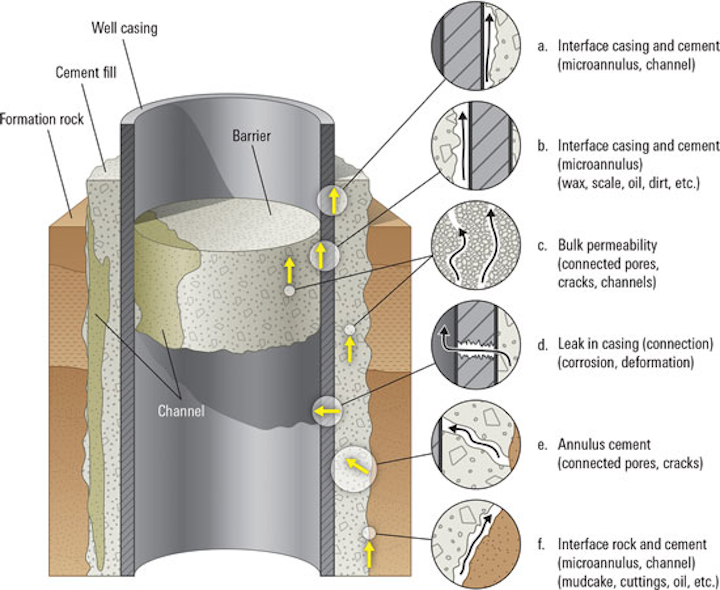 A combination of aging fields with dwindling production and government regulations around environmental sustainability is driving a significant increase in well abandonment activities around the world. This is particularly true in the North Sea, where in the UK and Norway alone, more than 1,800 wells are being considered for abandonment over the next 10 years.

While operators accept that well abandonment is a necessary and inevitable stage of the asset lifecycle, they also want to ensure that every well is P&A’d as quickly, cost effectively, and safely as possible. To address this challenge, Schlumberger recently introduced the ProMILL trip-saving milling and underreaming system to provide the technologies that increase economic feasibility and innovation to this sector.

Cost and regulatory concerns weigh heavily on each well decommissioning project. A recent survey in the Oil & Gas UK Decommissioning Insight 2016 found that the average P&A expenditure in the northern North Sea is estimated to be nearly $4.1 million per platform well.

Abandonment regulations in the UK sector call for a permanent abandonment barrier that effectively mimics a restoration of the cap rock. Best practices require a height of at least 329 ft (100 m) measured depth of quality cement, which extends across the full cross section of the well - including annuli - to seal both vertically and horizontally. Such a barrier must ensure long-term stability and strength to isolate the formation and contain any future formation pressure buildup.

Due to the age of many of these wells, operators have to contend with uncertainties regarding the quality and structural integrity of the casing string and the existing cement. Failure to understand these issues and account for them in the plugging operation could lead to the creation of several leak paths, such as microannuli or channels at the interface between the casing and the cement, corrosion-induced cracks in the casing, and flow channels at the cement and rock wall interface.

If these issues are not addressed during the initial P&A operation, the operator would have to return to the well in the future to remediate the issue and permanently seal off the formation. This comes at a cost and regulatory burden that is much higher than it was the first time. The impact of a leaking abandoned well includes clean-up costs, steep regulatory non-compliance fines, and reentry costs that are typically several multiples higher than initial P&A costs.

The level of work required to properly abandon a well is driven by a combination of the well design, current well status, and regulatory requirements. Wells with simpler designs - and high-quality cement as confirmed by cement bond and the USI ultrasonic imager logs - may allow for a simpler abandonment strategy that would keep most of the well in situ and a rigless, thru-tubing P&A operation to be used to perforate and squeeze cement.

In the event the well contains subsurface safety valve control lines, chemical injection lines, or electrical transmission cables strapped to the tubing, the possibility of a rigless thru-tubing intervention is subsequently ruled out. This, coupled with a lack of cement logs to determine cement quality, can necessitate a more complex level of remediation from a rig and recovery of wellbore tubulars for access and logging purposes.

To remove the tubulars ahead of subsequent plugging operations, several North Sea operators have collaborated with Schlumberger to deploy various fishing, milling, and cutting technologies that open access to the isolation zone of interest.

In one instance, collaboration enabled the development of a standard abandonment procedure for the operator’s wells, many of which required full tubular recovery due to the presence of multiple over-pressured zones that called for a primary and secondary cement barrier.

The general abandonment steps include:

The industry standard for placing a bridge plug, milling, and underreaming a section is a three-step process requiring the separate deployments of the mechanical plug, the milling tool, and then an underreamer in subsequent trips. Not only does this method add time to the overall P&A process due to extra trips in and out of hole, it also increases HSE risks due to the additional tubing-handling steps required on surface.

As an alternative solution to the conventional multi-trip P&A approach, Schlumberger introduced the ProMILL milling and underreaming system that combined the setting of a bridge plug, milling and underreaming steps in a single dedicated bottomhole assembly to achieve the remediation operation in one trip. The approach incorporates a bridge plug kit, a section mill, a hydraulic downhole tool specially designed for milling casing to set rock-to-rock well abandonment cement plugs, and an underreamer to clean out the zone of interest.

The section milling tool has six arms dressed with WavEdge ridged milling elements that have been optimized through a lifecycle of research and development and product engineering development. Each milling element features a concave shape, which has been demonstrated to enhance cutter durability and stability during milling operations.

The benefits included an increase in mill control and a reduction in harmful dynamic vibrations and stress. With energy losses better managed and mill stability improved, there is a step-change in the swarf quality produced. With an improvement in swarf quality, the wellbore cleaning is enhanced, which has also led to an increase in the rate of penetration (ROP) during milling operations.

Once milling is complete, a high-ratio underreamer (HRU) is activated in the same bottomhole assembly (BHA) via ball-drop activation from surface. The HRU has a high blade reach relative to the tool body diameter. This allows the underreamer to easily drift through the narrow casing restriction and then open the hole to minimum of 0.5 in. over the original hole size, while cleaning out any old cuttings, contaminants or mudcake from the original well construction.

The efficiency of the milling and underreaming process is further enhanced by design optimizations delivered by the i-DRILL integrated dynamic system analysis service, a simulation tool that allows the intervention crew to design the BHA, plan the well program, and simulate the running of the BHA in the well.

In one project, the integrated simulation, single-trip milling and underreaming approach paid off for the operator, saving an average of 32 hours of rig time associated with tripping in and tripping out to change out tools on the drillstring.

In one recent offshore platform well in the northern North Sea, the integrated offering and close collaboration between the client and Schlumberger enabled the operator to stay 3.5 days ahead of the planned time, eliminating $600,000 from planned rig P&A costs.

During milling, the operator achieved an ROP of 4.5 ft/h (1.4 m/h), representing a 50% increase compared with 3 ft/h (0.9 m/h), the average ROP of the operator’s jobs completed in the field. The knife wear on the ProMILL system was 20%-30%, which was lower than had been previously seen in similar operations and demonstrated the WavEdge milling elements had considerable milling capability beyond the job requirements of 150 ft (46 m).

This high performance and success was repeated on a subsequent well whereby the objective consisted of section milling two windows of approximately 100 ft (30 m) in the 133⁄8-in. casing - across two shale formations. Each openhole section would then need to be underreamed - in a single trip - to enable the placement of a rock-to-rock abandonment cement plug against the original formation.

The integrated P&A solution effectively displaced and conditioned the well and delivered each of the two formation windows in a single trip as required: the first at 109 ft (33 m) in length and the second at 100 ft (30 m) in length.

During milling, the operator achieved an ROP of 4.2 ft/h (1.3 m/h), representing a 40% increase compared with 3 ft/h (0.9 m/h) - the average ROP of the operator’s jobs completed in the field. In this well, the operator recorded an overall cost reduction of 7.5 days and $1 million.

The ProMILL system’s efficacy played an integral role in this achievement. For the fourth consecutive well, the operator experienced zero HSE events during the abandonment. The efficiency gains of the new system and the WavEdge milling elements were clear and evident, which led to continual growth into new well abandonment operations in the North Sea and beyond while remaining HSE incident-free.