Equinor has permission from Norway’s Petroleum Safety Authority for production drilling on the Bauge field in the Norwegian Sea. 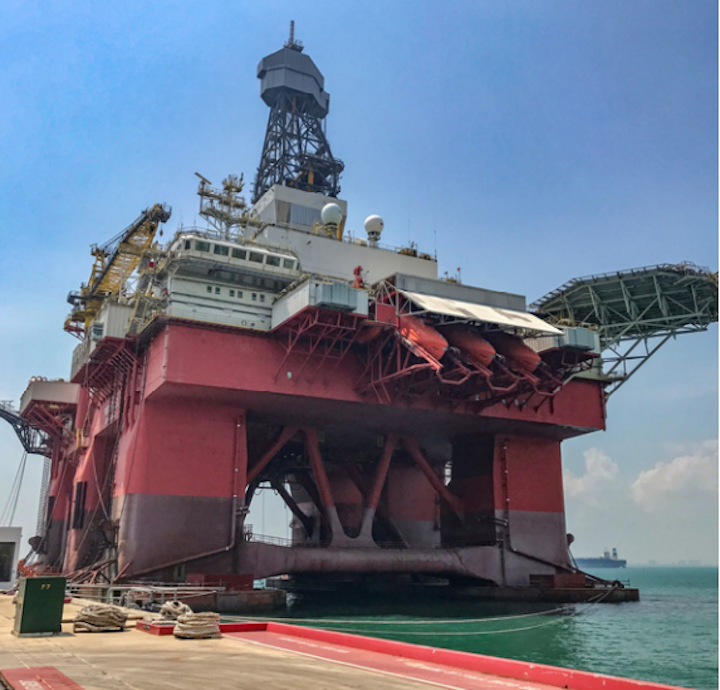 In February, the semisubmersible Transocean Norge will drill two production well on the Bauge field in the Norwegian Sea.
(Courtesy Transocean)

OSLO, Norway – Equinor has permission from Norway’s Petroleum Safety Authority (PSA) for production drilling on the Bauge field in the Norwegian Sea.

The semisub Transocean Norge will start drilling and completion of the two wells next month in production license 348, with activities set last around 120 days.

In addition, the PSA has authorized Aker BP to use Odjell Drilling’s semsisub Deepsea Nordkapp for production drilling on the Alvheim field in the North Sea.

Here too the program will begin in February and will continue for 90 days.