i3 Energy plans appraisal drilling in mid-year on its Serenity and Liberator oil discoveries in the UK central North Sea. 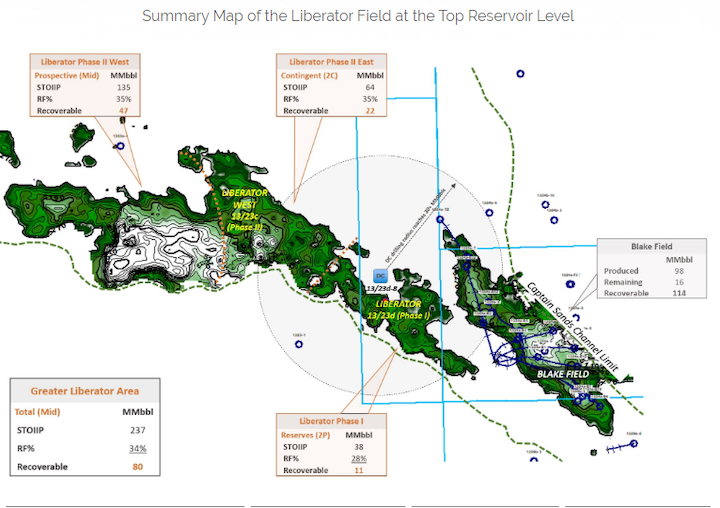 LONDON – i3 Energy plans appraisal drilling in mid-year on its Serenity and Liberator oil discoveries in the UK central North Sea.

The company hopes the delineation campaign will prove in-place reserves of more than 600 MMbbl.

If Serenity and the nearby Tain oil field are in communication, this would indicate an oil column height of 1,124 ft (342 m) TVD, i3 said, with in-place resources for Serenity of 197 MMbbl.

Though last year’s Liberator appraisal wells 13/23c-9 and 13/23c-11 did not meet expectations, the latter well confirmed a migration path for hydrocarbons to move west toward the Minos High where the upper Captain sands package could have a thickness of around 200 ft (61 m) TVT above the oil-water contact.

Preparations have started for this year’s wells with a farm-down process also under way on i3’s licenses to potentially fund the campaign.