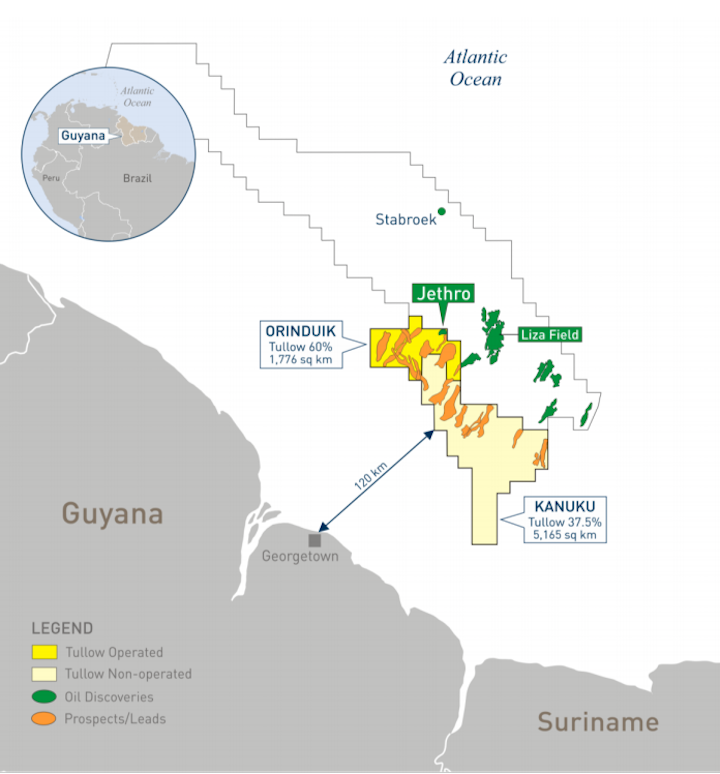 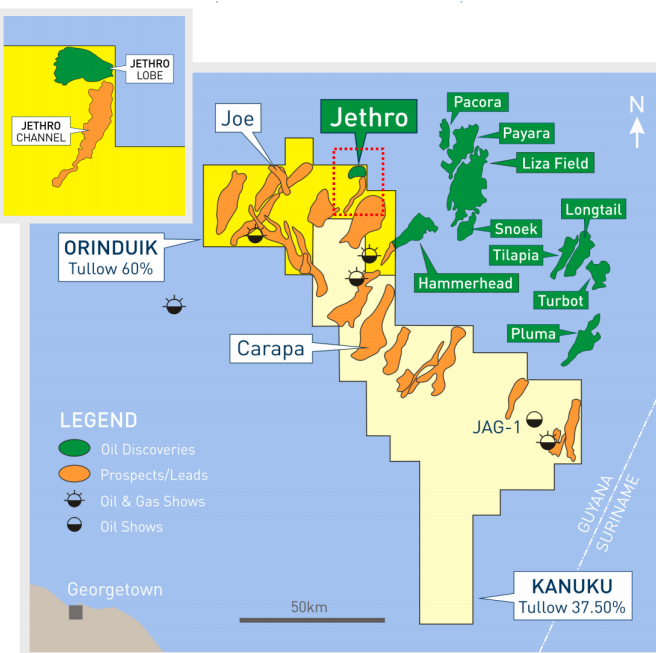 The well, which has since been cased, encountered 55 m (180.5 ft) of net oil pay. According to Tullow, the result suggests a recoverable resource above pre-drill estimates.

The company and its partners will assess the data and determine follow-up appraisal activity. Tullow added that the discovery de-risks other Tertiary age prospects on the license, including the shallower Upper Tertiary Joe where drilling is due to start following the conclusion of operations at Jethro-1.

Later this year the company will also participate in the Carapa 1 well on the adjacent Kanuku license, designed to test the Cretaceous oil play.

Other partners in the Orinduik license are Total, Qatar Petroleum and Eco Atlantic.

Colin Kinley, COO of Eco Atlantic, said: “This discovery was made due to our team at Eco and Kinley Exploration stepping out beyond the conventional exploration plays and seeking new resources through old-fashioned exploration science.

“The Jethro-1 well confirms the continuance of the petroleum system onto the Orinduik block, updip from the prolific discoveries on the ExxonMobil-operated Stabroek block. The well has resulted in a mitigation of risk of the presence of quality reservoir sands, seal and trap parameters.”

He added: “The Orinduik block, and the corner of the block where Jethro is located, were selected and pinned for drilling long before the first ExxonMobil discovery. We appreciate the support of our partners from Tullow, Total, and now Qatar Petroleum joining our quest, as well as the support of the government of Guyana and its belief in our team.”

Gil Holzman, the company’s CEO, added: “With multiple targets to consider, and Joe as the next prospect to be drilled, we will now pursue our evaluation of the timing for wells to develop the Jethro field and to expediently bring it on production. We are funded for at least six additional wells.