The floating production systems market is poised for recovery in 2017, according to analyst Douglas-Westwood. 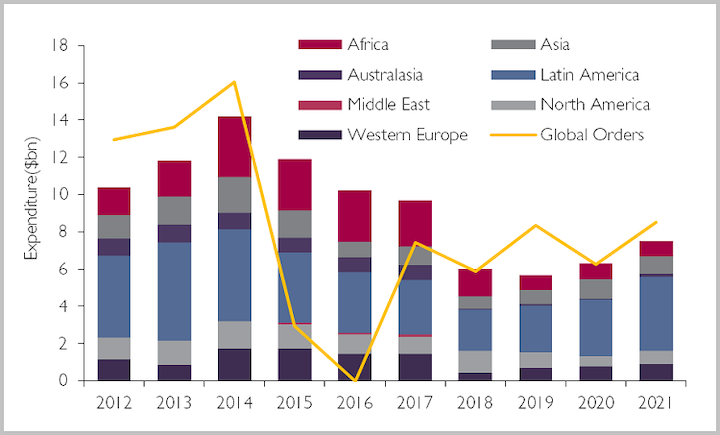 LONDON– The 15th edition of Douglas-Westwood’s (DW) World Floating Production System Market Forecast 2017-2021finds that the floating production systems (FPS) market is poised for recovery in 2017 after bottoming out last year, during which no orders were placed. This is a function of both a recovery in oil prices and also lower industry costs and the re-engineering of projects, the analyst said.

The latest report is a market outlook built on project-by-project analysis of more than 130 potential future deployments. DW noted that many of the projects tracked have seen timelines slip both in terms of project sanctioning and execution. However, this year it saw the hiatus in FPS ordering broken with the order of theMad Dog Phase 2 production platform.

This is the first of a number of units expected to be ordered this year, from the large FPSO for Petrobras’ Libra field to much smaller leased units for fields offshore the UK, such as Hurricane Exploration’sLancaster field, DW continued.

When the capex for each FPS unit is phased over the construction lifecycle, there will be a 40% decline compared to the hindcast and a -6% CAGR between 2017 and 2021 – highlighting the impact of the downturn.

Despite this, the value of units coming onstream over the forecast will reach record levels, totaling $50 billion. However, much of this will be seen in 2017-2018 as units that were ordered while prices were at record levels are commissioned.

Due to their versatility and wide-spread availability, FPSOs will continue to represent the largest segment of the market both in terms of numbers (45 installations) and forecast capex (84%) over the 2017-2021 period. FPSSs and TLPs will account for 10% and 8% of capex, respectively, while spars will account for 1%.