Statoil has been awarded interest in the COL4 license offshore Colombia in the Caribbean Sea in the 2014 Colombia Licensing Round. 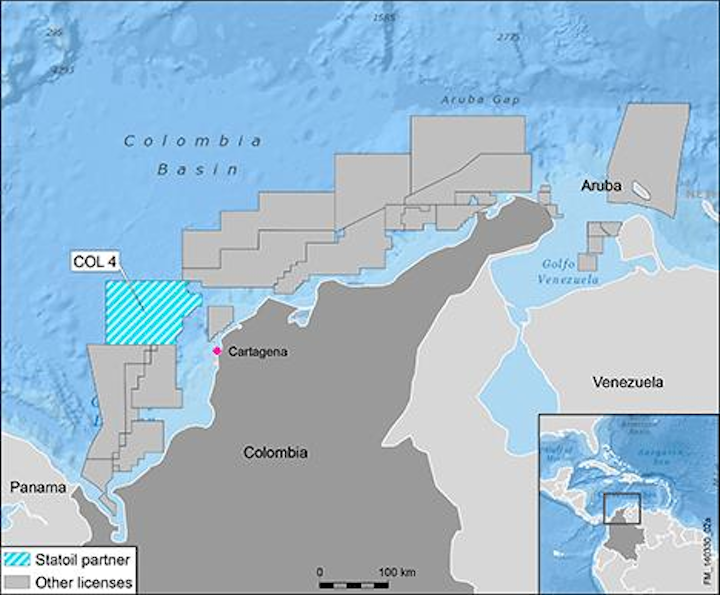 Statoil has been awarded interest in the COL4 license offshore Colombia.

STAVANGER, Norway – Statoil has been awarded interest in the COL4 license offshore Colombia in the Caribbean Sea in the 2014 Colombia Licensing Round.

The award is subject to the final approval of theNational Hydrocarbons Agency of Colombia (ANH).

The license award represents a country entry for Statoil into Colombia. The entry is an early exploration phase and the initial working commitments include 2D and 3D seismic acquisitions, which will allow Statoil to further assess the potential of the basin.

There are no well commitments during the first exploration phase.