ATP Oil & Gas Corp. had appointed Matt McCarroll as CEO, but was unable to reach a mutual employment agreement. 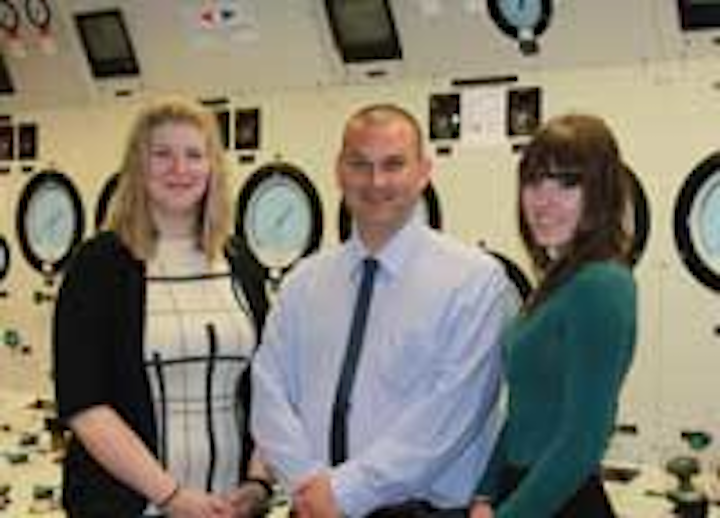 ATP Oil & Gas Corp. had appointedMatt McCarroll as CEO, but was unable to reach a mutual employment agreement.

Rosneft has appointedIgor Sechin as president, and Dmitry Avdeev as vice president for finance and economics.

Dolphin Group ASA has appointedTim Wells as chairman of the board.

David J. Crowley has joined Geokinetics as president and COO.

Williams Partners GP LLC has electedThomas F. Karam and James E. Scheel to its board of directors. Laura A. Sugg has resigned from the board.

Daniel Trad has received the 2011 CSEG Technical Achievement Award Citation for his work on 5D interpolation. Trad, research adviser at the CGGVeritas Calgary processing and imaging center, developed the first multi-dimensional commercial algorithm for the regularization of data that depends on four spatial coordinates.

Baker Hughes has appointedLynn L. Elsenhans to its board of directors.

Lee C. Tashjian has retired as vice president, corporate affairs at Fluor Corp. He is succeeded by R. Clifton Webb.

Central Petroleum Ltd. has appointedRichard Cottee as director and CEO.

Pat Davies has joined the BHP Billiton board as an independent non-executive director.

Longreach Oil and Gas has appointedRonald Lansdell as vice president exploration and as a member of the board. The company also appointed Dr. Mehdi Ali as an adviser to the board.

Baker Hughes has appointedTrey Clark as vice president of investor relations. He succeeds Adam B. Anderson, who is now president, Latin America.

Tentec Ltd. has namedRichard Outram business manager for the UK.

DNV KEMA Energy & Sustainability has appointedElisabeth Harstad as executive vice president and member of the executive board, and Bjørn Tore Markussen as COO of the Asia/Pacific division.

National Oilwell Varco has completed the acquisition of the Wilson distribution business segment from Schlumberger.

Reef Subsea has acquired Vako AS, which will be integrated into Scanmudring-Rotech Subsea.

TAM International has opened a new Canadian regional headquarters, including a manufacturing, service, and training facility, in Calgary, Alberta.

Cudd Energy Services has relocated its corporate headquarters to The Woodlands, Texas.

ASCO has signed an agreement with Tromsø Port Authority in northern Norway to operate a new supply base and harbor. The base, due to be operational in mid-2013, will service rigs operating in the northern Norwegian Sea.

Shell Offshore Inc. has contracted LoneStar Marine Shelters to fabricate the 607-ton (551-metric ton), 76-bed auxiliary living quarters for the Mars A expansion in the Gulf of Mexico.

Topaz Energy and Marine has signed the first phase of a $330-million bank loan to help refinance some of its existing loans. According to parent company Renaissance Services, the deal should lead to extra liquidity and new investments in Topaz's offshore support vessel operations.

Venari Resources LLC, an early-stage company focused on deepwater oil exploration in the Gulf of Mexico, has announced that Warburg Pincus, Kelso & Co., Temasek, and The Jordan Co. have agreed to make an investment of up to $1.125 billion in the company.

Conductor Installation Services Ltd. has received the Gold Award for Occupational Health and Safety 2012 from the UK's Royal Society for the Prevention of Accidents.

Hydro Group has been awarded £1 million ($1.6 million) from the European Commission's Research Executive Agency in support of research, development, and production of a new 33 kV hybrid wet-mate subsea connector for the offshore renewable energy industry.

New Century Software has opened an office in Calgary, Canada.

Marlink has introduced the new C-band services on the iDirect platform, which will enhance network efficiency and open up new options for customers using Sealink global C-band coverage for business critical applications.

Aquatech has received a contract to design and supply a wastewater recycle system for a gas field development project in Turkmenistan.

AGR Group has launched EC-Drill technology which enables safer, and cost-effective drilling of wells where reservoir conditions require more precise bottomhole pressure management. The technology can be used off both fixed and floating rigs.

Expro has received its eighth safety award from the Royal Society for the Prevention of Accidents.

TWMA has launched its US expansion with the opening of the manufacturing base in Houston.

Paradigm has entered into a strategic access agreement with Divestco to provide Divestco with its seismic processing, imaging, and characterization suite to carry out its seismic data processing services.

AGR has acquired an 80% shareholding in Steinsvik & Co AS.

Swift Worldwide Resources has opened an office in Accra, Ghana.

QTEC Environmental Services Inc. has landed an 18-month contract to provide its specialist fluids handling and containment services on a drilling installation in the Gulf of Mexico. The contract is valued at more than £400,000 ($637,000), and has the potential to be extended to five years.

Bio-Cide International has received the Hearst Energy Award for Technology for the friendly environmental profile and innovation of its Petro-Flo biocide.

DNV has entered into a strategic partnership with Norwegian StormGeo Group.

Research directors fromRobert Gordon University in Aberdeen have signed an international cooperation agreement with Gubkin Russian State University of Oil and Gas. The two institutions will establish areas of joint research and opportunities for staff and student exchanges.

Viper Subsea has signed a new collaboration agreement with Velocious that enables both companies to expand their offerings to overseas markets, and collaborate on product supply and project execution.

U.S. Underwater Services and Neptune have entered into a 10-year exclusive license agreement for the use of Neptune's patented NEPSYS underwater dry welding technology in the Gulf of Mexico.

Ulterra has opened a new stock point in Hammond, Louisiana.

Maritime Training and Competence has established a new facility in Singapore.

Total has opted not to pursue its proposed acquisition of UK-based independent Wessex Exploration.

IHC Merwede has opened its new Singapore office at the PSA Building. The base will serve as the corporate headquarters for IHC Offshore & Marine's Southeast Asia businesses.

IKM Subsea has secured a five-year frame agreement with Statoil for ROV services.

Subsea 7 and NKT Holding have completed the sale of NKT Flexibles to National Oilwell Varco.