Weatherford Secure Drilling Services and Maersk Training have entered into a strategic partnership to enhance scenario-based training and competency for critical wells. 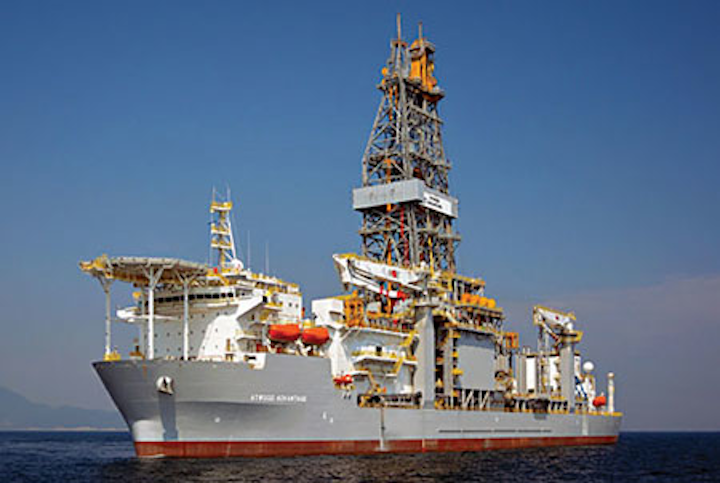 Weatherford Secure Drilling Services and Maersk Training have entered into a strategic partnership to enhance scenario-based training and competency for critical wells. The training will provide Weatherford, operator and rig-crew personnel with improved preparation and aptitude to help prevent well-control events and nonproductive time when operating in extreme drilling environments.

Maersk Training will fully integrate the MPD simulator application of the OneSync platform into its drilling simulators to enable comprehensive MPD and well-control planning and scenario-based training. The Maersk Training drilling simulators will be available in locations including Houston, Rio de Janeiro, Dubai, and Aberdeen. The advanced simulations will enable entire rig crews - including the drilling contractor, operator, service provider and third parties - to receive hands-on rig and well-specific training.

“Many of today’s easy-to-access reserves have been depleted and complex wells have become the norm, particularly in deepwater applications. As a result, advanced drilling technologies like MPD are being deployed more frequently,” said Iain Cook, vice president of Weatherford Secure Drilling Services. “Improved competencies on how to manage well-control scenarios through the application of these technologies, as well as seamless communication across multi-functional teams, are imperative to a safe and productive future.”

As a part of this agreement, Maersk Training will serve as Weatherford’s preferred provider of well-control training for all MPD personnel worldwide.

“We see the partnership with Weatherford as a game changer in the industry,” said Claus Bihl, CEO of Maersk Training. “We are combining strong technical knowledge with high-quality training to increase competence development for crews working with MPD technology. This will improve safety and operational performance on rigs.”

Halliburton’s Completion Tools business line has achieved the first installation of the SmartPlex downhole control system in a six-zone multilateral well. The installation was a joint effort across functional teams within the intelligent completions group, and was the first electro-hydraulic system installed by Halliburton in the Middle East. The installation was completed with zero nonproductive time and no HSE issues. The SmartPlex downhole control system enables remote actuation of downhole control devices using electro-hydraulic control lines from the surface. The multi-drop system provides simple and reliable zonal control of up to 12 interval control valves in a single wellbore, using a minimum number of control lines.

“The oil and gas industry is undergoing a period of significant uncertainty,” said John Wishart, Group Energy Director of Lloyd’s Register. “The oil price slowdown is clearly impacting investment in innovation initiatives. However, our report finds that contrary to perceived wisdom, innovation has a crucial role to play in the current environment, where it creates operational efficiencies and is cost-effective.”

“To innovate properly and achieve business goals companies must address a number of common challenges, including collaborating more openly, using data more effectively and changing traditional mind-sets,” continued Wishart. “Encouragingly, our findings show that overall the industry understands the need for innovation and has begun reaching out to other sectors to gain technological insight.”

Halliburton and Baker Hughes announced the second round of divestitures in connection with the pending transaction. In addition to the previously announced divestitures of Sperry and Drill Bits, Halliburton will also divest its expendable liner hanger business (part of its Completion & Production Division), Baker Hughes’ core completion business (which includes packers, flow control tools, subsurface safety systems, intelligent well systems, permanent monitoring, sand control tools and sand control screens), Baker Hughes’ GoM sand control business (including two stimulation vessels), and Baker Hughes’ offshore cementing businesses in Australia, Brazil, the GoM, Norway, and the UK. The combined 2013 revenue associated with all of the announced divestitures was $5.2 billion, up from $3.5 billion for Sperry and Drill Bits, which implies the assets announced had revenues of $1.7 billion. Halliburton also announced that it received bids from multiple interested parties for each business (implying multiple buyers each of Sperry, Drill Bits and the combined businesses). This marks another positive step in the process and should alleviate some concerns that arose over the past few weeks around a single-buyer theory and the rumored buyers. Evercore expects the Baker Hughes/Halliburton spread to narrow and believes the second round of divestitures will be easier to accomplish as these are more “asset sales” than sales of large, global businesses.