In a busy month, CGG announced its agreement in principal to restructure, delivered the final data for the Gulf of Mexico Encontrado project, detailed a new multi-client geoscience program, and then filed for bankruptcy protection. 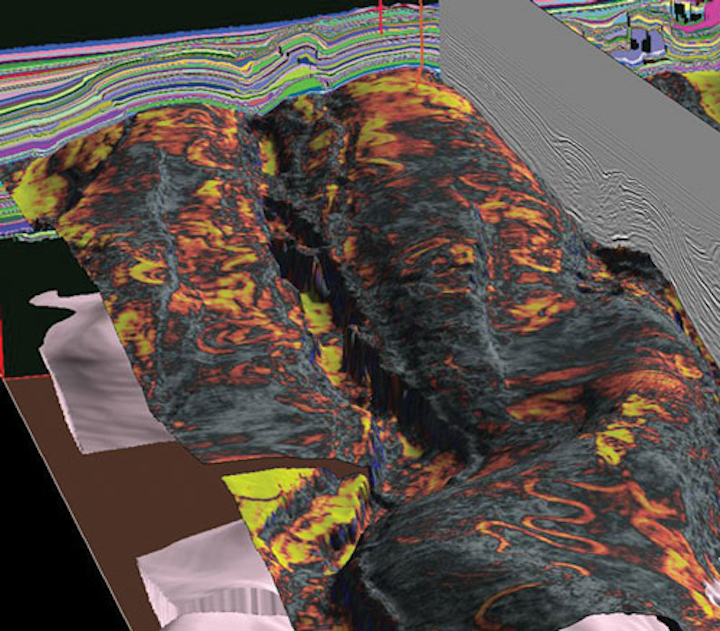 In a busy month, CGG announced its agreement in principal to restructure, delivered the final data for the Gulf of Mexico Encontrado project, detailed a new multi-client geoscience program, and then filed for bankruptcy protection.

In mid-June, CGG began legal processes to implement a comprehensive pre-arranged restructuring, with the opening of a Sauvegarde proceeding in France and Chapter 11 and Chapter 15 filings in the US. At the beginning of June, CGG announced it had reached an agreement in principle on a financial restructuring plan that would see its debt reduced from $2.75 billion to $1.15 billion. The company executed legally binding agreements in support of the terms of this agreement-in-principle with key financial creditors.

It announced it will now seek an agreement with the required majorities of creditors. Subject to their support and the plan’s approval by the shareholders’ general meeting, this agreement will become binding on all creditors following court approval.

Under the terms of the proposed restructuring agreements, upon emergence, CGG said that around $1.95 billion in debt will be eliminated from its balance sheet through full equitization of the principal amount of unsecured debt and the maturity of $0.8 billion of existing secured debt will be extended.

Significantly the restructuring plan calls for up to $500 million of new money to be raised.

Maturities would also be extended to 2022 and 2023. In March, the company entered into a financial restructuring process with the stated aim of significantly reducing debt levels and related cash interest costs and more broadly addressing its capital structure constraints.

The Paris Commercial Court issued a judgement opening safeguard proceedings (procédure de sauvegarde) in respect of CGG SA, the group parent company. On the same day, 14 direct and indirect subsidiaries (US and non-US), filed voluntary petitions for reorganization under Chapter 11 of the US Bankruptcy Code in the Bankruptcy Court of the Southern District of New York.

At the recent EAGE conference and exhibition in France, CGG unveiled its JumpStart multi-client geoscience programs, which it says is designed to improve the industry’s understanding of petroleum systems and support exploration efforts.

It is said to integrate all available data in a geographical area and frame it within a geological context, allowing users to directly access, in one place, the reviewed, validated, calibrated, and interpreted data set, in what is claimed to be a consistent, accessible, and ready-to-use format.

JumpStart also incorporates key wells, through what is said to be a consistent interpretation. Where appropriate, wells are enhanced by new core and cuttings information. Seismic and well data are then integrated with all other available information, including CGG’s portfolio of geological studies, potential fields data, satellite seeps and geochemical data, to deliver a “coherent and comprehensive geoscience package.” The programs focus on the main petroleum geology components such as source rock, reservoir, charge, trap, and migration pathways to provide holistic data sets.

Currently CGG has seven JumpStart programs in operation for individual areas offshore Gabon, Australia, Norway, Indonesia and Timor Leste, with two areas off Brazil and more programs in prospect. In addition to those areas, the company has also embarked on a JumpStart program offshore Mexico to complement the seismic data from the Encontrado project. In the week preceding the JumpStart announcement, CGG delivered on schedule the final products of the Encontrado multi-client reprocessing project across the Gulf of Mexico’s Perdido fold belt to Mexico’s Comision Nacional de Hidrocarburos.

The uplift in the imaging of these final products over the Fast Trax RTM data delivered last year, the company said, means the prospective reservoirs can be identified and mapped in unprecedented detail. The improved depth information in the final volume also has a material impact on the understanding of the petroleum systems and the location, timing, volume, and type of hydrocarbons that may have charged the reservoirs. Collectively, these improvements enable an enhanced assessment of prospectivity in this emerging exploration frontier.

Sercel’s multi-sensor solid streamer, the Sentinel MS, has been commercially deployed for the first time and is being operated on a large 3D multi-client survey being conducted by theCGG Geo Coral in the southern Porcupine basin offshore Ireland. The company said the Sentinel MS was designed to deliver multi-sensor data sets in an effort to help industry enhance broadband imaging and generate more detailed and accurate images of the subsurface. Its technology relies on a field-proven low-noise hydrophone and two accelerometers offering directional measurements for both cross-line and vertical wave fronts. Used in combination, the hydrophone and the accelerometers are said to meet the challenge of receiver ghost-free acquisition.

For its first voyage,Fugro Venturer will take to the deepwater Irish Atlantic margin and the far north of the Barents Sea. The vessel is the newest of the company’s purpose-designed, standardized survey vessels, originally formulated in 2013.