Wintershall and its partners in the Skarfjell field in the Norwegian North Sea have opted for a subsea tieback to the ENGIE E&P-operated Gjøa semisubmersible platform as their preferred concept. 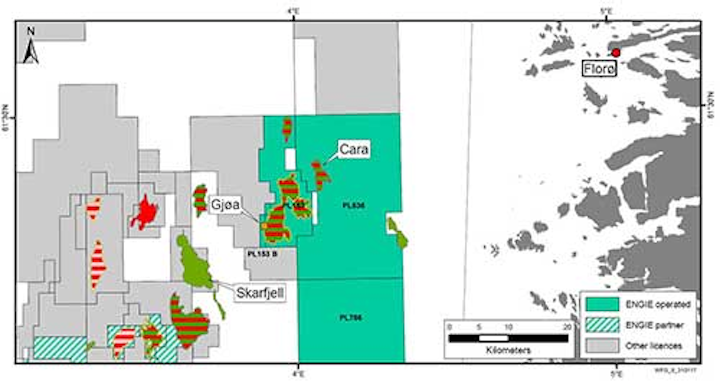 KASSEL, Germany – Wintershall and its partners in the Skarfjell field in license PL418 in the Norwegian North Sea have opted for a subsea tieback to the ENGIE E&P-operated Gjøa semisubmersible platform as their preferred concept.

The tieback will involve adding a new 1,000-ton topsides module on the platform for handling Skarfjell’s production, along with new risers for production, gas lift, water injection, and the umbilical connection.

Cedric Osterrieth, managing director of ENGIE E&P Norge, said: “The tieback of Skarfjell production to the Gjøa platform is in line with our strategy to make the installation a hub for future fields in the area and to extend the lifetime of the Gjøa facility.”

The Gjøa production unit has full processing and export capabilities, and receives power from via a 100-km (62-mi) long submarine cable from Mongstad in western Norway.

Oil from the facility, which includes production from the satellite Vega field, is exported to the Mongstad crude oil terminal, while rich gas is sent to the St. Fergus gas terminal in eastern Scotland.