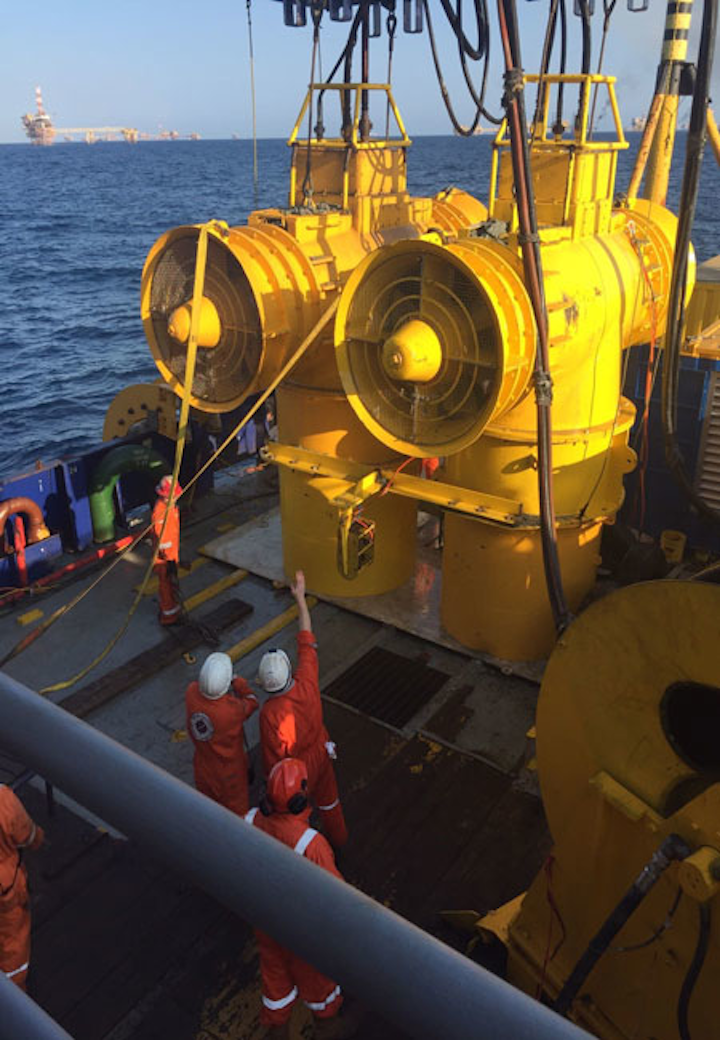 JFSE applied its patented T8000 technology to devise a solution that it involved combining two units.

Tomas Valdes Aldama, technical engineer at SapuraKencana Mexicana, said: “Due to there being a tight window, we required this pipeline to be trenched in a single pass.

“The results from the Twin T8000’s inaugural project have been great and it is certainly a technology we will consider utilising again in the future.”

The Twin T8000 equipment spread was mobilized on board the offshore supply vessel,Ocean Carrier, in the Gulf of Mexico as part of SapuraKencana Mexicana’s contract for procurement and construction of a sour gas pipeline for PEMEX covering five fields.