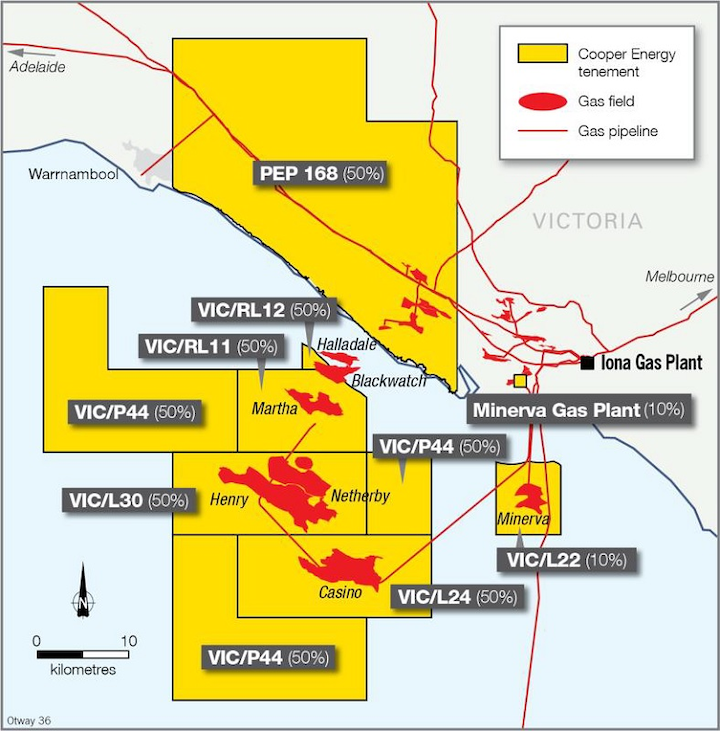 The company is developing the field with a subsea architecture conceptually similar to the Casino Henry project in the same region, with two near-horizontal production wells, subsea trees, and a subsea pipeline to shore.

Manufacturing has started in the UK of the control umbilical and of the 65-km (40-mi) subsea line pipe in Brazil. Assembly is also under way of the subsea wellheads and trees.

Well construction planning is on schedule with equipment assembly and testing under way. Preparations have also begun for drilling of the wells from Diamond Offshore’s semisubmersibleOcean Monarch in 1Q 2018.

Finally, the drill rig has been set up on site for horizontal directional drill works associated with the shoreline crossing of the offshore gas pipeline and associated control systems.