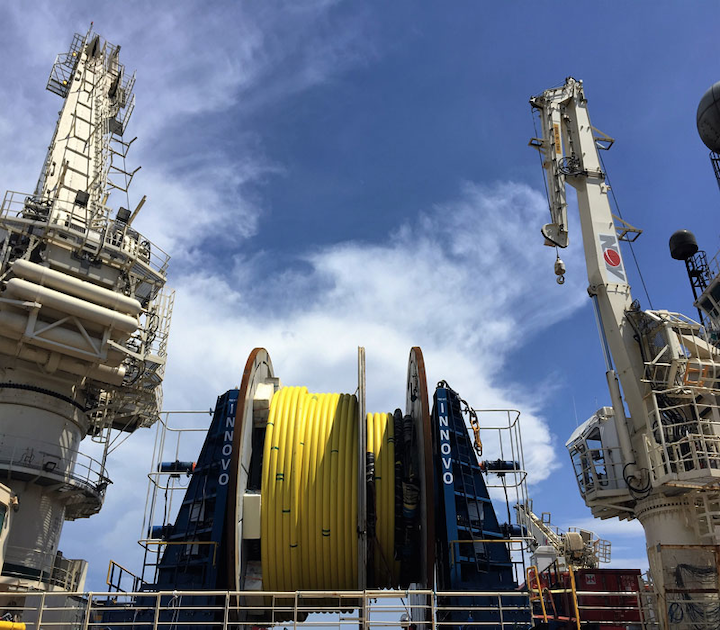 An unnamed energy services provider hired Sparrows to supply the system and personnel for an umbilical laying exerciseoffshore Trinidad.

It is said to offer the largest capacity available in the rental market, with the electric drive providing improved control for offshore operations.

In this instance it allowed the umbilical to be laid directly from the system, reducing the deck space required.

Prior to shipping the unit to Trinidad the reel drive system underwent testing and commissioning at Sparrows’ facility in Aberdeen.

Sparrows/INNOVO also customized the track system to allow one tower to be moved forward to facilitate swapping of the reels offshore from a barge.