EIVA has improved the capabilities of its ScanFish remotely operated towed vehicle. 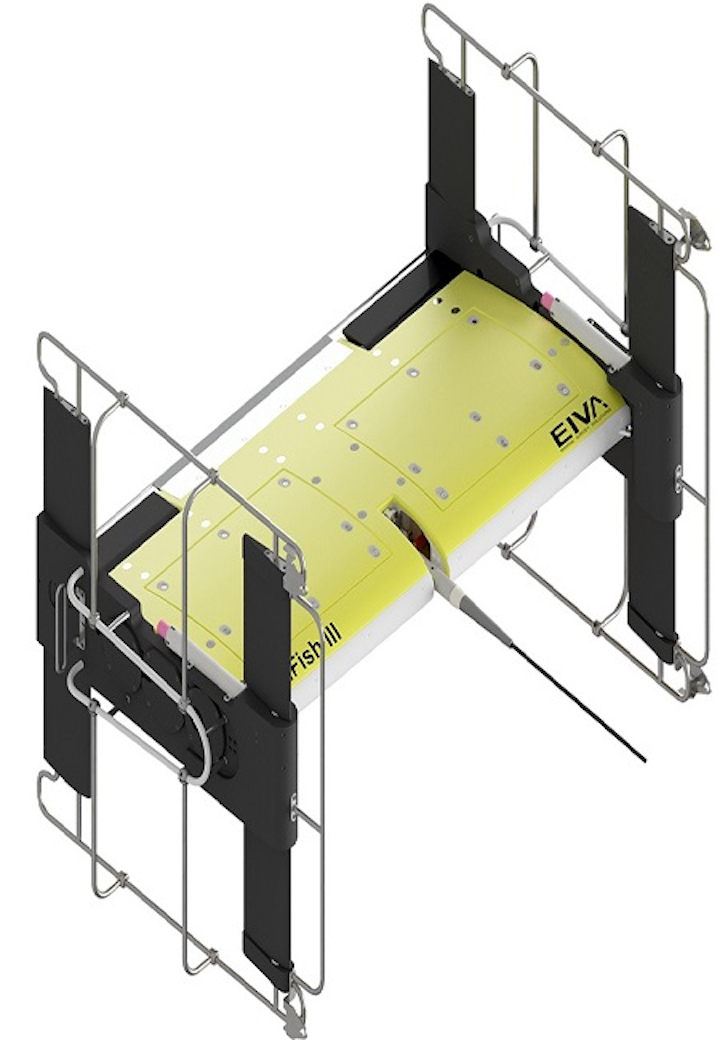 Previously, ROTVs have encountered difficulties following the seabed, keeping a fixed depth, or undulating up and down through the water, and it has not been possible to also have the vehicle effectively move side-to-side, the company claims.

However, after experimenting with various setups and running tests, EIVA has developed a way to modify existing ScanFish ROTVs with ‘3D’ steering, allowing them to not only swim up and down but also sideways during subsea survey operations.

An optional upgrade to the vehicle allows the operator to control not just the vertical but also the horizontal movement of any ScanFish ROTV through the water, with a fast steering response and a wide range of lateral movement of +/- 25 m (82 ft).

This ability to steer sideways is useful, EIVA explains, when sideways currents influence the ROTV position; long tow cables are used in deepwater; or when the runline is not straight in cable and route surveys.

It also increases survey efficiency, as overlap of sensor coverage can be reduced and the number of re-surveys required minimized.