Subsea 7 has contracted Jumbo to install the mooring piles and chains of the FPSO for Dana Petroleum’s Western Isles development project in the UK northern North Sea. 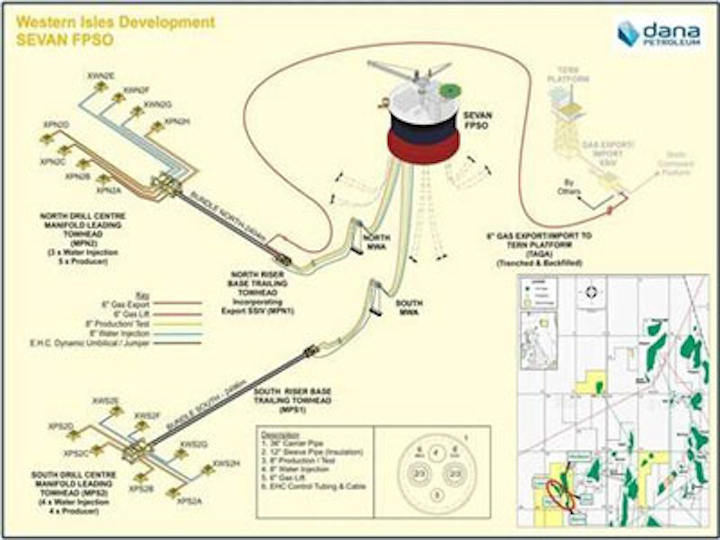 SCHIEDAM, the Netherlands – Subsea 7 has contracted Jumbo to install the mooring piles and chains of the FPSO for Dana Petroleum’s Western Isles development project in the UK northern North Sea.

The same vessel is booked for mooring installations this summer for Ithaca Energy’sGreater Stella Area project in the central UK sector.

Western Isles is in block 210/24a, 90 km (56 mi) east of Shetland in 160 m (525 ft) of water. It is being developed via subsea wells tied back to a central FPSO. Oil will be exported by shuttle tanker with produced gas sent through a dedicated pipeline to TAQA’s Tern platform.