InterMoor reports the successful installation of two subsea trees in the Gulf of Mexico for LLOG Exploration Co. 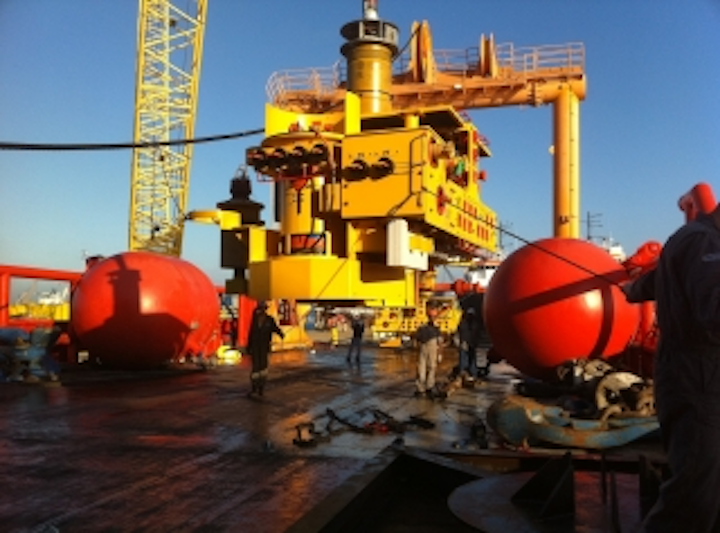 HOUSTON – InterMoor reports the successful installation of two subsea trees in the Gulf of Mexico for LLOG Exploration Co.

The installation is at the Mississippi Canyon block 199 in a water depth of 2,460 ft. (750 m.). The trees, each weighing 90 kips (45 tons), were installed on the two existing well locations. InterMoor used Shell’s patented Heave Compensated Landing System (HCLS) to facilitate the installation. The entire offshore installation operation of both trees was completed in less than 34 hours.

The anchor handling vessel used for the installation was the AHTS Joshua Chouest. The vessel’s aft mounted A-frame allowed for the subsea trees to be overboarded and transferred to the pendant wire via a dry handoff technique, independent of a rig crane.

The subsea trees were dock tested at InterMoor’s Fourchon shore base. Both were then loaded onto the AHTS to be batch set at the open water location.