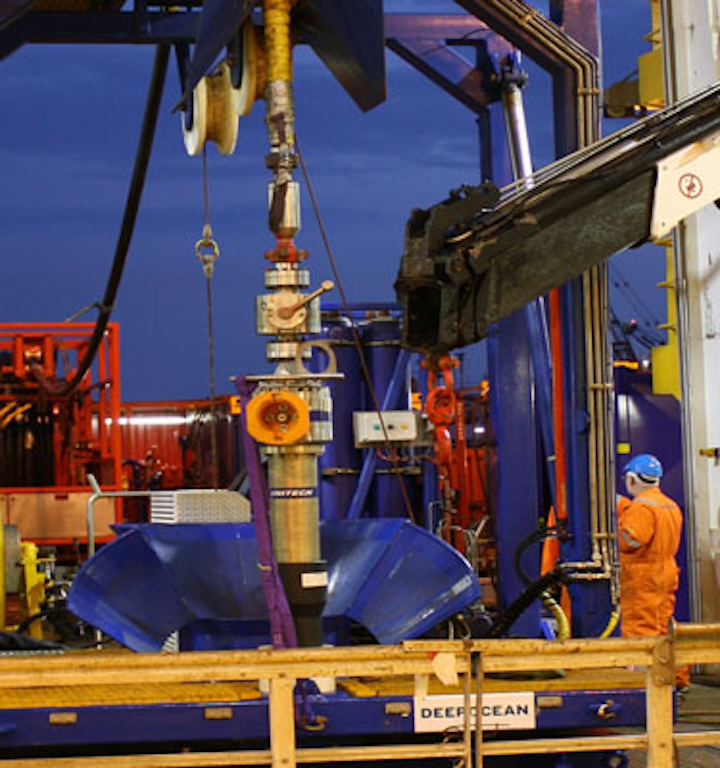 The UH-500, introduced in 1996, was designed to provide quicker connections offshore than clamp connectors. It comprises a male receptacle and female stab connector, and is used for applications including gas lift, acid injection, scale squeeze, methanol/MEG injection and electrical connections.

OnMoho Nord, more than 200 UH-500s (2-in. versions) and UH-575s (3-in.) are used for chemical injection and gas lift respectively on umbilical flowlines, risers, and for permanent installation on manifolds and christmas Trees.

The pressure-containing body materials are forged to shape and tested to comply with Total’s 25% Cr duplex forging requirements.

The UH-500 male receptacles were installed on manifolds and christmas trees, and the female stab connectors attached to gas lift/chemical injection jumpers.