The Norwegian Petroleum Directorate has awarded its improved oil recovery prize for 2016 to the Åsgard licensees in the Norwegian Sea for their subsea wet gas compressor. 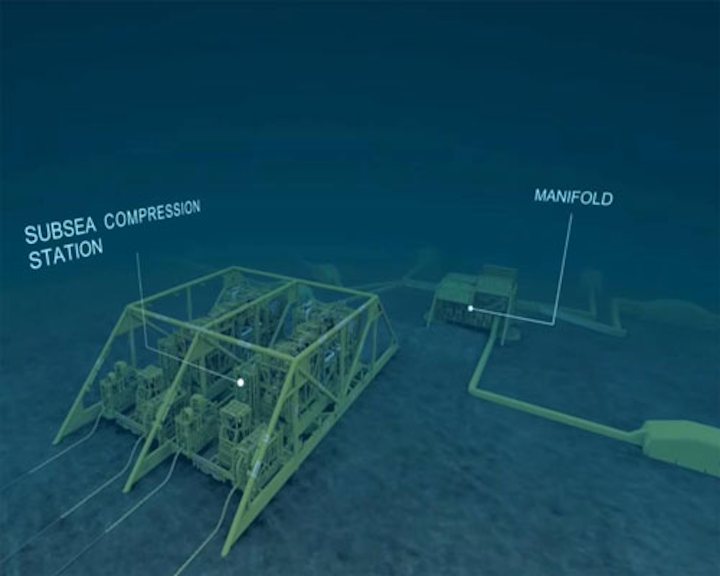 STAVANGER, Norway – The Norwegian Petroleum Directorate (NPD) has awarded its improved oil recovery (IOR) prize for 2016 to the Åsgard licensees in the Norwegian Sea for their subsea wet gas compressor.

According to the NPD’s citation, Statoil and partners Petoro, Eni, Total, and ExxonMobil demonstrated the perseverance stamina to follow through from initial concept to decision and finally implementation.

Planning started in the early 1990s, with testing of subsea installations on Draugen, Troll, Tordis, and Tyrihans in 1994-2009 all playing their part in the realization of the technology.

The partners also formed a close collaboration with the various suppliers that competed for the contracts.

She asked the industry to be wary if cutting costs too much, thereby putting at risk further technological advances on Norwegian fields. The NPD would challenge more players to achieve similar collaborations, she added.

On Åsgard, the improved recovery relates to Midgard and Mikkel reservoirs. Work is also under way on potential applications on other Norwegian fields.

Statoil’s plan for development and operation was approved by the Norway’s Storting (parliament) in March 2012.

The government also contributed backing via its Demo 2000 program for testing subsea compression in the early 2000s.

Statoil began testing in the K-lab in Kårstø in 2008, when it tried out a full-scale model under water. The most critical components for qualification were the power supply for the compressors, the compressor motors, and the control systems.