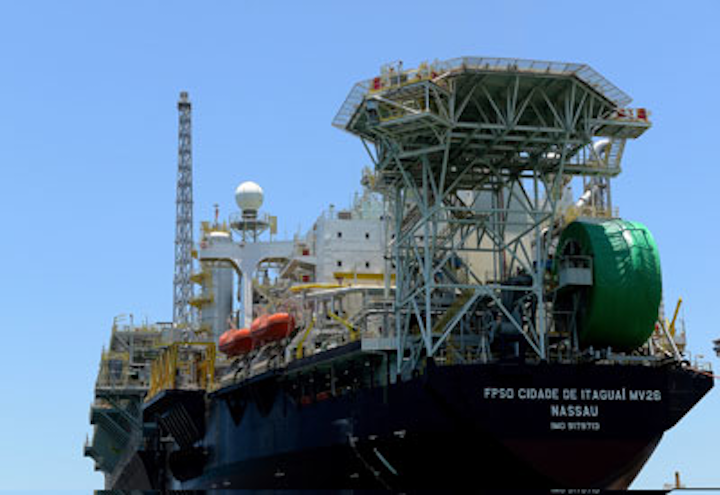 The result was 0.15% higher than the target in the company’s business plan.

Gas production offshore Brazil also rose by 9.8% over the year before, pushing total production to 2.6 MMboe/d, a 5.5% increase on the 2014 figure.

Petrobras CEO Aldemir Bendine said: “The result reinforces our conviction in the decision to prioritize investments that are effectively capable of generating results, with absolute priority for exploration and production projects.”

The main factors in the increases were the rapid growth of production from theP-58 platform serving the Parque das Baleias complex in the Espírito Santo portion of the Campos basin; and from the FPSOCidade de Mangaratiba, in the presalt area of the Santos basin.

Further impetus came from start-up of theFPSOCidade de Itaguaí in the Santos basin.

Exploration and production officer Solange Guedes said: “In 2015, we managed to reconcile technological progress with reduced operating costs, leading to a lifting cost of $8/bbl in the presalt fields in the third quarter.”

Among other highlights last year were output climbing above 200,000 b/d from theMarlim field in the Campos basin, and the Campo de Roncador field reaching its highest-ever volume of more than 400,000 b/d.