Statoil says the world’s first subsea wet gas compressor station is in place on the seafloor near the Gullfaks C platform in the Norwegian North Sea. 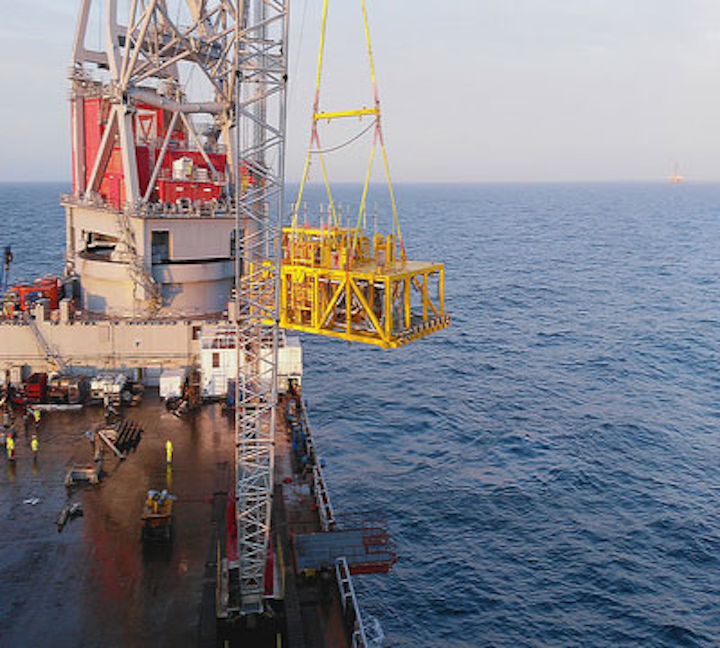 STAVANGER, Norway – Statoil says the world’s first subsea wet gas compressor station is in place on the seafloor near the Gullfaks C platform in the Norwegian North Sea.

Assuming testing of the complete compressor station goes to plan, it should begin operating before year-end, Statoil added.

The compressor will be hooked up between the L and M subsea templates and Gullfaks C. More subsea wells could be tied into the compressor through existing pipelines.

The equipment will be tied back to the Gullfaks C platform during late summer and the fall. Apply Sørco is managing associated work at Gullfaks C.

Subsea wet gas compression should allow Statoil to extract a further 22 MMboe from Gullfaks and extend plateau production by around two years.

A wet gas compressor does not require any treatment of the well stream prior to compression. The alternative, a topsides compression module, would have imposed extra weight and occupied extra space on the platform.