Wintershall has raised its estimate of recoverable resources from the Maria field in the Norwegian Sea by 40 MMboe to around 180 MMboe, following a series of laboratory tests and studies and model calculations. 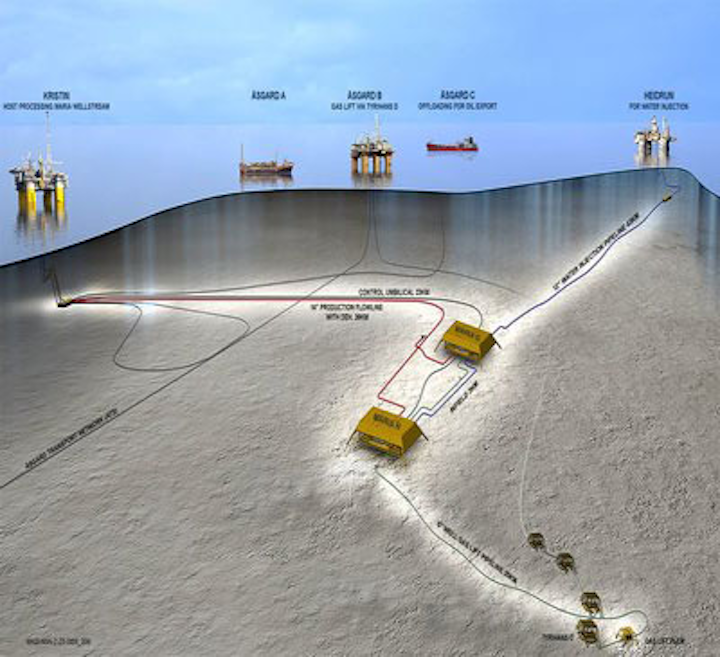 STAVANGER, Norway – Wintershall has raised its estimate of recoverable resources from the Maria field in the Norwegian Sea by 40 MMboe to around 180 MMboe, following a series of laboratory tests and studies and model calculations.

According to the Norwegian Petroleum Directorate, Maria is one of the three largest prospective development projects on the Norwegian continental shelf. The other partners are Petoro and Centrica Resources.

Wintershall is looking to produce the field via two seabed templates, with production tied back to Statoil’s Kristin semisubmersible platform, 20 km (12.4 mi) to the west and also to Statoil’s Heidrun and Åsgard B production platforms. Maria is due to enter production in 2018.

According to project director Hugo Dijkgraaf, the recent lab experiments revealed water saturation in the reservoir is lower than originally thought, which indicates higher in-place volumes. “We have also shown through detailed reservoir simulations that we can improve the recovery factor,” he added.

The new production profile comprises 150 MMbbl of oil, 10 MMboe of gas, and 20 MMboe of natural gas liquids (NGL). The company aims to submit the plan for development and operation to the Norwegian authorities during the first half of this year.