Subsea production goes back some 30 years, during which time subsea controls have developed from simple and not always very reliable systems to highly complex systems able to take on a wide range of functions. 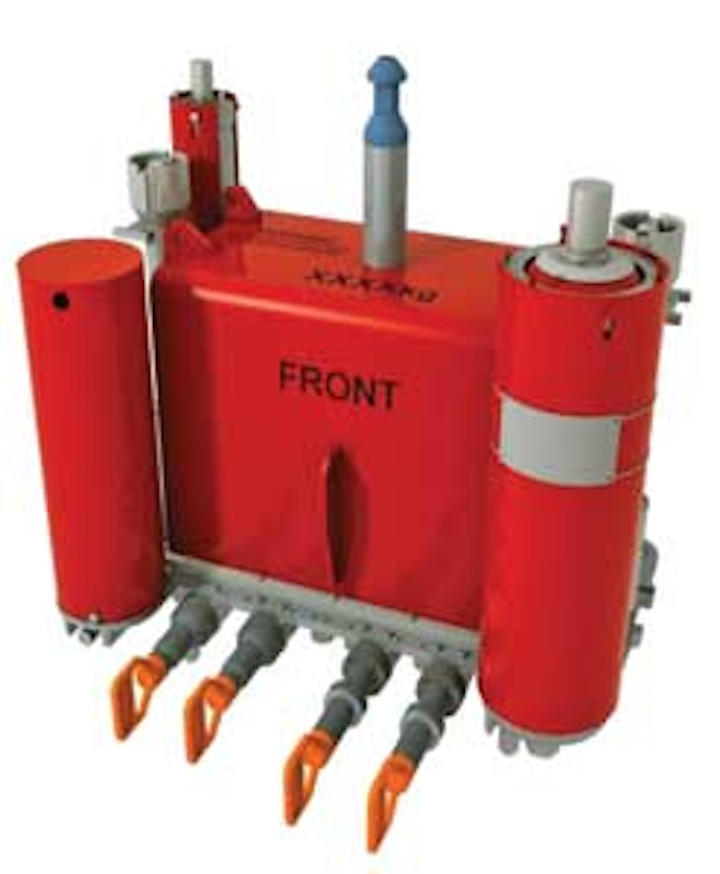 Subsea production goes back some 30 years, during which time subsea controls have developed from simple and not always very reliable systems to highly complex systems able to take on a wide range of functions.

Aker Solutions' experience in subsea control systems dates to the pioneering Ferranti Subsea Systems Ltd., or FSSL, which in the 1990s became part of Kvaerner, itself merged with the Aker Group in 2004. There are still a few veterans working for the company that helped advance the technology in its infancy, says Derek Robertson, senior manager at Aker Solutions' subsea controls center in Aberdeen.

The first systems were developed in the 1980s for use in the North Sea and Gulf of Mexico. But there was no common product mindset behind them, according to Robertson. They typically incorporated many variations, few common parts, and little standardization.

The Forklock, which ceased production in the mid 1990s, was used predominantly in the Norwegian sector, where the key operators were Statoil and Norsk Hydro. The Twinlock was aimed mainly at shallower waters (i.e. the North Sea), while the Monolock was initially developed for deeper waters (mainly the Gulf of Mexico), with installation and retrieval by guidewire and ROV, although gradually its use became global. However, these modules, like the diver-installed system, were still characterized by multiple variations, few common parts, and limited standardization.

While development of subsea control systems has largely been driven by customer requirements, the Monolock Configurable was designed off-project as part of a proprietary well set - tree, controls, and associated instrumentation - to allow rapid manufacture and installation. Extensive market analysis was performed to define what operators wanted, with the result that this model provides a platform capable of handling more onerous data throughput and exotic instrumentation. This was a qualitative step-change in the development of controls technology, according to Robertson.

Since then, the pace of change has quickened yet more thanks to various measures such as the introduction of TCP/IP communications and fiber-optic transmission. Subsea control technology now relies on the collection and transmission to the surface of a mass of data, which make it possible to control increasingly complex operations.

The introduction of electric actuation and all-electric control systems has enhanced the control capability, while creating a fresh set of challenges, taking monitoring to levels far above what could be achieved with hydraulic systems.

There has been a big increase in spending on subsea wells - from $3 million per well in 1996 to an estimated $19 million in 2015, according to one survey. But this has been offset by the real added-value from the extra expenditure, says Robertson. Operations such as subsea processing - boosting, separation, injection, and before long gas compression - can now be performed cost effectively. So can light well intervention, which also calls for a sophisticated degree of subsea control to ensure safe performance. At the end of the day, it is the increased recovery which these operations contribute that justifies them in the eyes of oil companies.

In the next five to ten years, Robertson sees further advances on various fronts, such as bulk separation, storage and offloading, gas and water reinjection, and long-distance transport.

At the heart of the subsea control module is the subsea electronics module (SEM), which provides the platform for exercising control and monitoring functions. SEMs are now in their fifth generation, according to senior manager Robin Slater. This was introduced in the late 1990s - one of the first applications was Shell's Kestrel field in the UK North Sea - but the flexibility of its architecture has allowed new features to be added to suit market demand. "The fifth generation SEM has been very flexible," says Slater. "It has allowed us to introduce new technologies, add in faster communications, and install new interfaces."

The arrival of open network architecture has proved a game-changer, he adds. The proprietary communications systems previously in use complicated sharing of data with different suppliers - an essential part of the integrated operations philosophy. The communications protocols now in use are the same as those on the Internet, and different parties use the same network. Similarly, proprietary interfaces have been replaced by standard interfaces.

Communication speeds have increased exponentially this century, from 1,200 b/sec for the early models to 100 Mb/sec at present. And the sky is apparently still the limit - work is already being done to raise speeds to 1 Gb/sec, Slater says. Work on the sixth generation SEM is now under way, with release scheduled for 2014.

New types of subsea operations - such as storage and offloading, or dealing with the changing composition of reservoir fluids over time, or cleaning oil and gas before long-distance transport, or water before reinjection or discharge - will require different types of control and monitoring.

Aker Solutions is also keen to anticipate the market's future requirements. One program involves development of a seabed environmental monitoring system. A prototype is ready for trials in the River Ythan, just north of Aberdeen.

Slater envisages life-cycle applications for such a system, with installation taking place at the time of a discovery or even before, to allow changes in the local environment to be tracked through the phases of development, production, and decommissioning. Such a technology could be especially relevant to oil and gas operations in sensitive areas such as the Arctic, he says.

The ever growing complexity of subsea control systems is well illustrated by the all-electric system developed by Aker Solutions for Statoil's Åsgard subsea compression project. "We've not got a complete subsea factory yet, though we're heading in that direction," says Derek Massie, the UK controls lead for the Åsgard project. "As far as subsea compression is concerned, this is probably as complex as a topsides system."

Developing the controls system was itself a demanding task, requiring collaboration between various companies in Europe and the United States, some controls specialists, and others with different types of expertise.

The subsea compression process involves various different operations all of which must be monitored and, if necessary, intervened in. The 5,000-ton compression station contains two compressor trains, each with three subsea control modules.

The gas is then separated from the liquids in a scrubber. Here the pressure, temperature, and the level of the liquids have to be monitored and controlled, all of which requires instruments. Nucleonic detection is used to monitor the liquids level, with three monitoring instruments served by one nucleonic source. Once separated, the liquids have to be pumped around the compressor. The rotating parts of the compressor are supported by magnetic bearings, the position of which has to be carefully monitored and adjusted. The gas, its temperature having been raised during compression, has to be cooled before being recombined with the liquids.

The 8.4-m (27.5-ft) high control power distribution unit includes rings of nozzles with 33 penetrators, four input and 29 output, each of which is individually controlled; the insulation resistance is also monitored. There are 70 junction boxes in the local power distribution system. Because there are so many instruments, several are connected in a single line via a junction box, rather than have each instrument connected to its own line.

Assuming Shell's Ormen Lange subsea compression project is implemented, it will call for as complex a control system as the Åsgard project, or perhaps a little more so, in Massie's view. Aker Solutions developed the control system as part of its EPC contract for the single-train pilot project.