Several issues need to be considered to design and configure a subsea development to be controlled and operated over a significant distance. 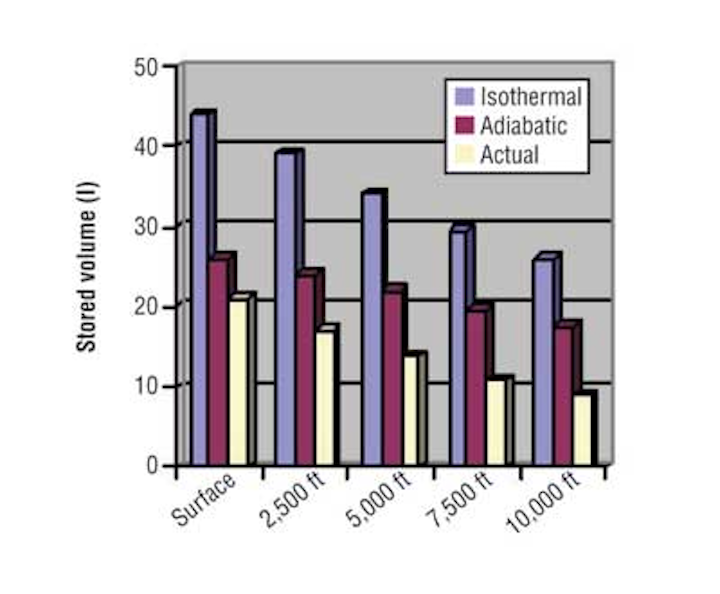 Several issues need to be considered to design and configure a subsea development to be controlled and operated over a significant distance. With production drilling in ever deeper waters, currently approaching 3,000 m (circa 10,000 ft), and completed subsea wells being required to flow over ever greater distances, currently approaching 160 km (100 mi), the options include hydraulic or electrical control, chemical injection, and communications.

The industry traditionally uses electrically controlled hydraulics to operate the actuators that control process flow and chemical injection on christmas trees and manifolds. The "Pros" and "Cons" can be summarized as follows:

Operation of valves using hydraulic actuators has been proven over the past 30 plus years, both on christmas trees and manifolds. They are reliable, providing designs that are readily available in a range of sizes from ½ in. to 14 in. and beyond, satisfying almost all field development requirements. They can meet both normal operation and shutdown requirements such as a subsea isolation valve application.

Hydraulic actuators are supplied by a number of different christmas tree and independent valve manufacturers, so there is a wide choice with lots of competition. Also, this large history and availability has ensured that today's engineers and operators are familiar with their operation and, should problems result, finding and fixing failures.

However, hydraulic operation has some potential issues when it comes to going further and deeper. These include spring forces, accumulation and, if necessary, return line closed loop systems.

As we go deeper, the absolute control system pressure at the actuator increases. Therefore, depending on the actuator configuration, the "fail-safe" return spring may need to provide a greater force to ensure closure.

Typically, hydraulic systems use local accumulation to store energy to operate a valve once the directional control valve (DCV) in the subsea control module (SCM) has functioned electrically with low power. Although the "gauge" pressure across the actuator does not change as water depth increases, the absolute pressure does. This raises accumulator pre-charge requirements and, hence, the pressure at which the gas has to operate.

Unfortunately, as the pressure of a gas increases it starts to behave more like a liquid, thus the amount of stored energy for a given gas volume decreases with water depth. This can be mitigated by increasing the amount of subsea accumulation, resulting in larger assemblies/modules. The key concern in situations where limited effective accumulation is present is that the opening of a valve can "pull down" the available hydraulic pressure needed to keep other system valves open.

This increase can be calculated by revising the calculations to be more relative to the actual pressures and operational charge/discharge times.

However, the issue with accumulation can be overcome. The hydraulic energy is only used to open the valve. If we consider that wellhead operation is typically controlled through the choke, then the opening time becomes less important. Closing times, however, must be retained to enable timely well shutdown. The control of opening time to maintain system pressure when limited accumulation is present can be readily achieved by applying a restriction orifice to the flow either upstream of the DCV in the SCM or downstream using a venting check valve.

Hydraulic control fluids are carefully formulated and tested to ensure compliance with applicable environmental standards. This allows them to be vented to sea locally at the SCM. However, environmental standards are evolving, so if environmental issues remove the ability to use open loop "dump to sea" systems, we have to go "closed loop." A return line in the umbilical will have an adverse impact on system performance. It is likely that well open times can be maintained, but the time between well start-ups could be extended waiting for the return line pressure, raised by the expelled fluid from the actuator, to decay back to a suitable level. Surge accumulation provides only temporary relief and increasing the return line diameter is probably impractical, with the core being significantly larger than those used to supply the field.

A further issue with the electro/hydraulic system is expandability. Typically, the system needs to be sized at the outset for the full field development case, including expansion. In this case the power consumption per well is close to being constant, whether in valve command or steady state. Thus, if the development is to expand beyond the original intent, as often happens, it is likely that the power cores within the umbilical are of insufficient cross section to support the field on a single core, assuming dual supplies. This potentially leads to compromises in field operation if extra expansion takes place and a power cable fails.

The "all electric" christmas tree system is still in its infancy. The first production systems have been installed and lessons learned from these early installations are being incorporated into the latest equipment. The "Pros" and "Cons" can be summarized as follows:

While electric trees are relatively new, electric actuators, typically for choke valves, have been in the industry for years. The replacement of hydraulic actuation with electric removes the vagaries of accumulation performance and potentially provides consistent performance as water depth increases without added equipment. Also, the lack of hydraulic actuators means no low pressure (LP) cores in the umbilical.

The manner in which electric trees function their actuators differs among manufacturers and is another topic. However, the system typically requires a significantly lower current in steady state than when actuating a valve. This allows the umbilical to be sized to accommodate significant expansion as it is likely that the voltage drop between the source and field will often have a greater impact on the cable cross sectional area (CSA) than the current carrying capacity in long offset installations, potentially allowing a more flexible approach to field expansion in the future.

The all-electric system is, currently, largely limited to christmas trees. The range of available valve sizes, at present is typically limited to a maximum of around 6 in. Also, the availability of individual valves for manifolds, and the associated control module is similarly limited. At present, there are limited numbers of suppliers and this, combined with the recent introduction of the equipment, results in engineers and operators being unfamiliar with the equipment and its needs.

Traditionally the SCSSV has been hydraulically actuated using a higher pressure supply than that used for tree valves. Similarly with the IWS, operation has been through the HP system and operation at distance and depth also has to consider the accumulation issue, which, as the supply pressure is higher has a greater impact. The "Pros" and "Cons" for hydraulic operation are as follows:

Electric IWS systems have existed for several years and can be considered as advancing toward maturity. The SCSSV has only lately existed in electric form, and needs to gain acceptance and establish a field performance track record. The "Pros" and "Cons" for electric operation can be considered as follows:

Developments in umbilicals for long distance have been few as designers are limited by the need to supply hydraulics, chemicals, power, and communications. Code requirements define tube wall thickness, and conventional electrical analysis defines the CSA of the cable conductor. The all-electric system may reduce the number of hydraulic cores, but unless it can remove the need for another pass through the manufacturing process, the savings are minimal. However, there has been a development in the conductor material in that aluminium is now being used. Not only is it potentially cheaper, but it also plays a role in making the cable stronger than the traditional copper conductor for static applications.

Achieving long-distance communications requires the use of the correct technology for the application. Optical fibers can offer impressive advances in data transmission rates and bandwidth, but they should not be adopted just because they are the latest technology. Distance and the field architecture influence the final selection. The achievable data rates and offsets have increased over the past few years to the extent that current modem technology is able to make significantly better use of the electrical conductors in the umbilical. In addition, some newer modem technologies are adaptive, i.e. they are self-tuning to provide the maximum performance for each individual system. Fiber optical communications potentially provide a flexible and expandable solution to match developing and changing field architecture. However, the benefits of using fiber over copper for the communications link need to be considered.

Depending on the data rates required from the system, both copper and optical systems may be possible. Certainly if low data rates (≤ 1200 kb/s) are acceptable, then a copper based system can be used at up to, and possibly beyond 100 km (circa 60 mi) offset. However, if greater data rates are required to either reduce update times or to obtain more detailed information, optical fiber is necessary, at least between the master control station and the field.

Once at the field hub, there is the option to either stay with optical all the way to the control module or transfer to a high speed copper network, which could achieve data rates of 100 kb/s over 10 km (6 mi). This allows for a low-speed copper based "emergency" communications link to be configured.

The evolution of long-distance, deepwater control systems has largely kept pace with demands. At present, for a traditional oil or gas development, the hydraulic system is still the logical way to control long-distance deepwater developments. Currently available all-electric systems potentially compromise the field architecture because of limitations on actuated valve sizes. Although possibly not optimum yet for conventional fields, the all-electric system can be viable for developments where chemicals or manifolds with actuated valves are not required.