Aker Solutions is preparing for major growth by investing NOK 500 million ($87 million) in its subsea business. 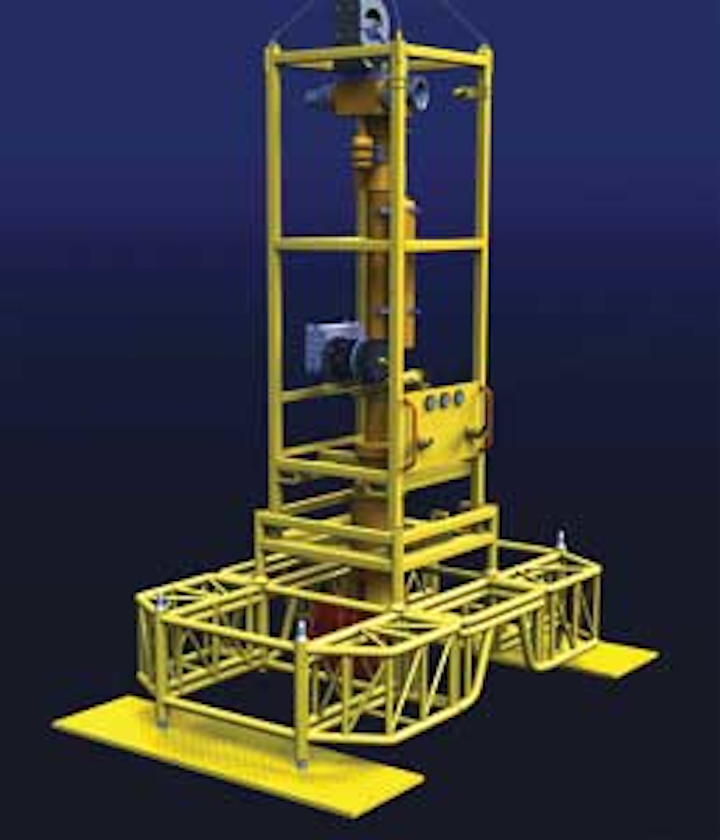 Aker Solutions is preparing for major growth by investing NOK 500 million ($87 million) in its subsea business. This investment is set to double the capacity of its manufacturing plants in Tranby, Norway, and Port Klang, Malaysia. The investments include the addition of new machinery for subsea production technologies, including subsea trees, control systems, pumps and work-over systems, and a physical expansion of the facilities.

Aker also has won a contract from Subsea 7 to design and fabricate a control umbilical for Statoil's Svalin C project on the Norwegian continental shelf. Scope of work includes a 6-km (3.7-mi) long control umbilical, connectors, engineering, and project management. Svalin is a fasttrack oil project about 8 km (5 mi) southwest of the Grane field and 185 km (115 mi) west of Haugesund. The water depth is approximately 120 m (394 ft).

ATP Oil & Gas (UK) Ltd has contracted GE Oil & Gas to supply subsea production equipment, ancillary systems, and related services for the Cheviot oilfield project in the North Sea, under the terms of an $80-million contract. The GE equipment, including wellheads, subsea christmas trees, and a subsea control system, will be used in conjunction with ATP's Octabuoy FPS currently under construction. GE also will provide system engineering and design, procurement, and on-site testing services. Product shipments will begin in February 2013 with installation later in the year. Commercial operations are expected to begin in 2014. GE's Wellstream unit previously won a contract to supply ATP's project management contractor with 45 km (28 mi) of flexible risers and flowline products for the Cheviot FPS.

Technip has won a front-end engineering design contract from BP Exploration & Production Inc. for Mad Dog Phase 2 in the Gulf of Mexico. This contract covers the design of a spar hull and mooring system. Mad Dog Phase 2 is near Green Canyon block 825. This award comes under the framework of the 10-year spar platform master services agreement signed in 2011. The Mad Dog Phase 2 spar will be near the first Mad Dog spar delivered by Technip for BP in 2004, and installed on Green Canyon 782. Detailed engineering for the new spar is scheduled to start during the second half of 2012. Technip's operating center in Houston will execute the contract with support from the center in Pori, Finland.

FMC Technologies Inc. has completed the transaction to acquire the remaining 55% of the outstanding shares of Schilling Robotics LLC. This gives FMC 100% ownership of the ROV, manipulator, and controls company. FMC acquired its original participation in Schilling at the end of 2008. Earlier this year, Schilling won a contract for two 150-hp, 3,000-m rated HD ROVs from RRC Robotics Submarina for work off two separate vessels offshore Brazil.

Forum Subsea Technologies has launched Tomahawk, the new addition to its multi-role ROV fleet. Tomahawk shares the 35 kW power system and thrusters as found in Forum's largest electric, the Comanche. Tomahawk is rated to a depth of 3,000 m, and is suited to a variety of uses including survey, well intervention, and drilling support. The Tomahawk is equipped with Coarse Wave Division Multiplexing (CWDM) and dual gigabit Ethernet options and communication junction box to integrate the operators' own equipment, which can be monitored, controlled, and diagnosed by Forum Subsea's Sub-Atlantic subCAN system. It can also be equipped with a 10 kW hydraulic power unit to run heavy-duty manipulators, tools, and work skids.