Live stimulation of subsea wells is still a relatively underused method of increasing oil recovery across the industry, largely because performing this sort of procedure in open water is considered too high-risk. 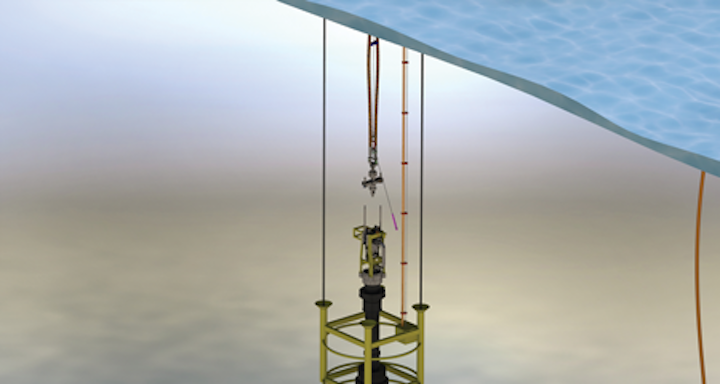 Live stimulation of subsea wells is still a relatively underused method of increasing oil recovery across the industry, largely because performing this sort of procedure in open water is considered too high-risk. The practical difficulties and potential dangers involved in working in unstable, high sea-state conditions, and the specific issue that a vessel may be pulled off position while in operation, make this sort of intervention challenging.

Added to this, a shortage of suitably-equipped vessels also reduces the feasibility of live intervention projects. Vessel availability is a perennial problem in this sector, with light workover intervention vessels typically being on hire to a handful of operators, or even a single operator, often for very long periods. According to speakers at Aberdeen’s Offshore Well Intervention Conference, Europe, held in April 2014, decommissioning work is accelerating, with some 800 wells, 40% of which are subsea, due to be decommissioned by 2022. Therefore, the issue of vessel availability is expected to intensify in the coming years.

Despite the general understanding that this is a low-cost, high-value way to increase production compared to drilling new wells, industry figures provided at the same conference suggest only 5% of interventions carried out are subsea interventions, even though they generally give a 75% success rate. As a result, statistics also show that subsea wells produce around 30 to 40% less than their potential when compared with platform wells.

Faced with the prospect of underproduction from valuable subsea assets, operators are motivated to identify and understand new technologies that will help them to enhance production and ultimately extend field life. One breakthrough in the industry’s pursuit of better, more reliable ways to carry out subsea intervention has been the emergence of a new generation of dynamic-positioned technologies. These perform a critical safety role, allowing operators to control the risk of a vessel being pulled off position and the potential for loss of containment, or fluid spill.

SECC Oil & Gas has developed a series of emergency quick disconnect technologies which are designed to be used with DP-enabled vessels. These have been used by operators and service companies involved in improving production from a rising number of maturing oil fields, using methods such as acid stimulation, scale squeeze, water wash, hydraulic fracture, and foam lift.

As part of this series, a self-sealing dry breakaway created by SECC is being used to help operators enhance well production through open water, riserless intervention. The Hot Make Hot Break pressure-balanced connector was designed as a safety mechanism to increase the feasibility of live subsea intervention, particularly in high sea-state conditions where potential drift-off is an inherent risk. Recently, the product was used by BP in a central North Sea field.

After a review of its existing reservoir stimulation capabilities in 2012, BP began designing a vessel-deployed high-rate acid stimulation solution to enhance production from its central North Sea subsea reservoirs. Its challenge was to create a high-rate, high-pressure, high-volume solution that would enable back-to-back live stimulations at a rate of 50 b/min.

The possibility of conducting the pumping operations from the host installation was discounted because of logistical and engineering limitations. Having used light well intervention monohull vessels over many years to conduct subsea well work, BP decided to enhance the existing technologies and pair them with the new generation of dynamic positioned vessels in a bid to reach new levels of reservoir stimulation previously achieved only using a mobile offshore drilling unit with riser systems.

While a conventional scale squeeze would typically involve flow rates of 10 b/min, BP’s target stimulation rate needed to be five times that.

One of the primary challenges facing the project designers was managing the risk of a vessel losing dynamic-position during the pumping phase. Mitigating loss of containment when activating the vessel’s emergency shutdown (ESD) function meant that sourcing market-leading self-sealing quick disconnect coupler technology was critical to the success of the project.

The product connects to the subsea asset via a vertical injection hose. In BP’s case, the connector’s receptacle was installed on a vessel-mounted subsea intervention lubricator which was deployed to the seabed and stationed on the well. The hose, fitted with the injection probe, was then guided into position by an ROV. Operators can also deploy the technology from a vessel of opportunity teamed with an ROV and a stand-alone intervention skid unit to host the female. In this scenario, which would be appropriate at depths of less than 200 m (656 ft) and in light currents – conditions typical of the central North Sea sector, for example – a standalone skid unit is lowered to the seafloor and connection with the injection hose is made by the ROV. A jumper is then used to connect the skid with the tree so that fluid injection can begin.

The receptacle can be permanently fitted onto existing subsea trees or manifolds. In this way, the need for additional intervention skids or specialized intervention vessels is removed.

The coupler-based technology works by sealing instantly at the point of connection and disconnection, eliminating the risk of fluid loss and the impact of a spillage on the marine environment, while helping to protect the safety of personnel. If the host vessel fails to maintain its position, its movement applies tension to the line on which the connector sits. The connector automatically disconnects when a pre-determined load level is reached. The disconnected hose can be retrieved and reconnected by ROV, without the need to reel in and replace or reseal the hose.

The product also offered BP the ability to maximize flow volume and production rate. The connector’s full-bore design allowed BP to sustain the 50 b/min rate it needed to achieve.

“This is a significant and exciting development because it expands the potential and illustrates the benefits of live open water stimulation as a viable, safe, convenient and cost-effective approach to intervention,” said Mark Henderson, global business development manager at SECC Oil & Gas. •