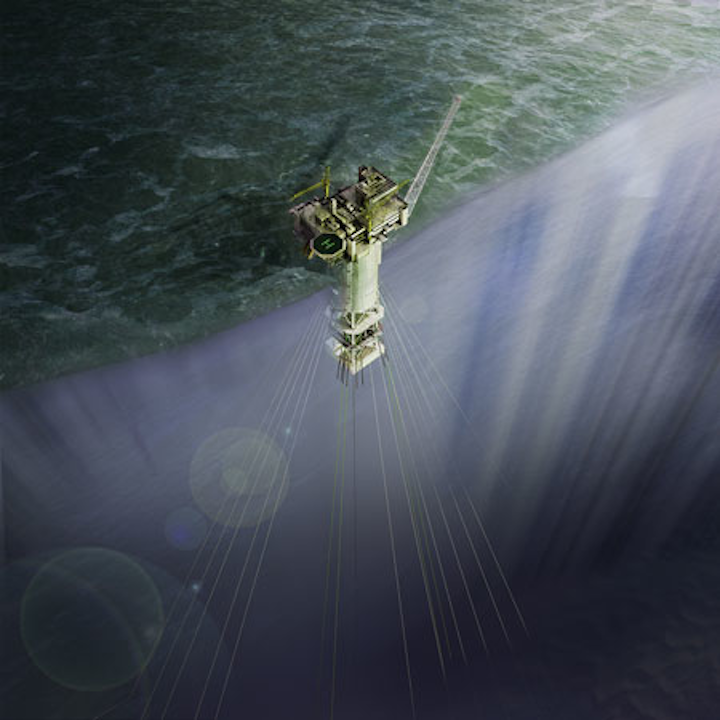 Operator Statoil holds 51% interest, along with partners Wintershall Norge AS (24%), OMV (Norge) AS (15%), and ConocoPhillips Skandinavia AS (10%). The plan for development and operation was submitted in December 2012 and approved by the Norwegian Ministry of Petroleum and Energy in June 2013.

The $4.8-billion Aasta Hansteen field development represents a number of firsts on the Norwegian continental shelf in terms of water depth and technological solutions. Development calls for the world's largest, and Norway's first, spar platform. It will also be the first deepwater floating production platform installed north of the Arctic Circle using steel catenary risers, and will be the first spar to store produced condensate.

HHI aims to have the platform ready for tow-out in summer 2016, followed later in the year by mechanical completion. The spar substructure and topsides will be transported from South Korea to Stord, Norway, on separate heavy-lift vessels.

Polarled, the first pipeline to extend Norway's gas infrastructure into the Arctic Circle, will transport gas from the Aasta Hansteen field in the Norwegian Sea to the terminal at Nyhamna in western Norway. In March, Allseas' Solitaire started laying the 482-km (300-mi) long, 36-in. pipeline. The pipeline will have capacity of 70 MMcm/d (2.47 bcf/d).

Statoil is operator of the Polarled development phase, while Shell is responsible for preparing the Nyhamna processing plant to receive the extra gas supplies. Gassco will become operator of the pipeline and the plant after Aasta Hansteen comes onstream.

In June, three subsea templates, built by Aker Solutions in Sandnessjøen, were installed ahead of schedule. According to Statoil, all are of a new design in which the top structure is separated from the base structure. This allows the templates to be installed in deep and rough waters using a smaller installation vessel.Boa Sub C, which performed the work, has a lifting capacity of 400 metric tons (441 tons).

The six structures comprising the three templates weigh between 120 and 190 metric tons (132 and 209 tons) each. The upper structures rest on the top of the three suction anchors - another new design - also built by Aker Solutions in Sandnessjøen.

Also in June, Aasta Hansteen's subsea manifolds, built by Aker Solutions in Egersund, were also installed, and they too are of a new design to suit deeper water/rough weather installations.

The foundation plate for the Polarled pipeline end station and the umbilical riser base also are now in place.

Subsea 7's vesselNormand Oceanic was next due to install the control cables, provided by Aker Solutions in Moss. Later this summer, installation of the 17 suction anchors that will moor the spar platform itself will begin, as well as eight more suction anchors that will hold the risers in place. Momek in Mo i Rana is supplying all these structures. The risers and pipelines will be installed next year.

This year, Statoil has drilled three successful exploration wells in the Aasta Hansteen area. Most recently, the semisubmersibleTransocean Spitsbergen drilled well 6706/11-2 on the Gymir prospect in PL602 and encountered a 70-m (229-ft) gas column in the Nise formation with good reservoir qualities. Statoil estimates recoverable volumes in the 6-19 MMboe range, lifting the total discovered this year in the area to 75-120 MMboe - the earlier finds were Snefrid Nord and Roald Rygg. This is equivalent to roughly one-third of the Aasta Hansteen recoverable volumes. All three fields will undergo assessment for future tie-ins to the Aasta Hansteen facilities to prolong the production plateau.