Operators could take production levels to new heights by using existing technologies that can be easily retrofitted to upgrade aging subsea control systems rather than giving them a complete overhaul. 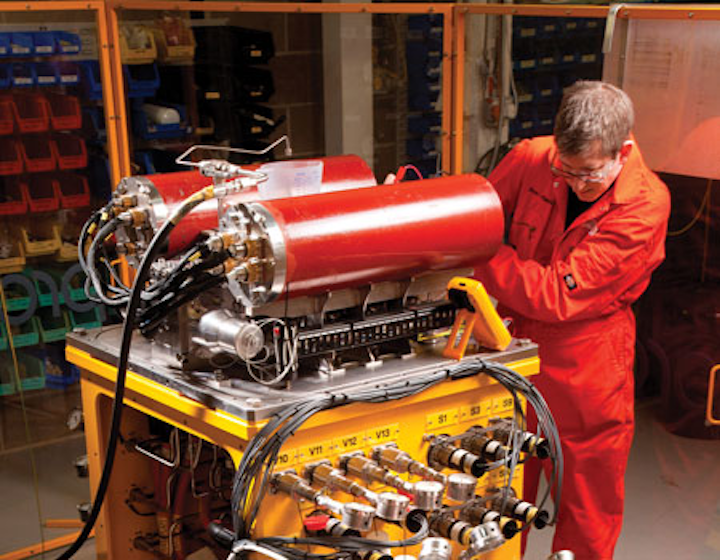 Operators could take production levels to new heights by using existing technologies that can be easily retrofitted to upgrade aging subsea control systems rather than giving them a complete overhaul. Devising smarter ways of applying these technologies can also reduce inefficiencies and counter the tendency toward over-engineering.

In recent years, operators have adopted various alternative solutions to secure or enhance subsea production. Brownfield subsea control system enhancements have been applied at relatively low cost and with minimal risk, often to the benefit of the existing subsea infrastructure. In many cases, particularly in the UK North Sea, these measures have extended the life of field, preventing production from being irretrievably lost.

Recently, Proserv analyzed the reasons for customers asking for brownfield upgrades as part of a two-year study. It emerged that many were experiencing multiple issues which meant that extending well or field life would exacerbate the risk of production reliability, potentially making their business plan unachievable, ultimately resulting in a lost production opportunity. Among the findings:

It was also apparent that poor reliability - i.e., electronics failures - was changing subsea control systems from being maintenance-free to having to undergo planned maintenance regimes at unplanned cost.

The potential for upgrades is compromised by:

Long-term obsolescence. Support for extended field life and even for original design life may have limited part-obsolescence support and/or engineering support from the OEM.

Additional instrumentation. Instrumentation to provide essential information to maximize remaining production may not be supported by the existing control system.

Proserv is sharing its findings with clients on various projects it has been working on. One is a brownfield program in the UK northern North Sea for CNR on the Toni field. This involved a topsides upgrade using applications from Proserv’s “co-exist” toolbox to support additional wells. Toni has been developed using two subsea templates - one for production and one for water injection. CNR was unable to contract the OEM for controls to extend both templates to accommodate an additional subsea control module.

Following an assessment of potential upgrade approaches, the solution was a ‘co-exist’ using a signal superimposed on the system’s power-line and sharing of that line. A spare umbilical length allowed early testing and analysis of the solution, including its impact on the Cameron control system. The aims were to ensure that the final outcome would be suitable for the immediate two-well requirement, future inclusion of a complete control module set for each template, and further field extensions.

The existing Toni subsea control system was upgraded via an open communications hub (OCH) and two additional subsea control modules (SCMs). The existing topology employed separate communications and power, allowing application of a “co-exist” toolbox with the umbilical power cores and sharing of these services. Using the power conductors for both communications and power led to minimized cross-talk between the two systems. This approach proved cost-effective without impacting day-to-day operations on the field.

Finding the optimum solution can involve focusing on one aspect of a technology or system that requires attention and layering on, or working alongside, the existing system, thereby dispensing with the need for a complete change-out.

Brownfield upgrades often require additional instrumentation to monitor issues such as multi-phase flow, sand or erosion monitoring, or leak detection. Older subsea production control systems may not have the communication interfaces required to support this work.

Proserv’s selective approach to subsea system “brain surgery” can involve limiting replacement to the electronics in the control module (due to reliability issues or to comply with changes required elsewhere in the system). This allows the external interfaces to remain intact. The company’s Artemis 2G (A2G) subsea electronics module is designed to free operators from the constraints of an existing umbilical by finding additional signal capacity to enable a cost-effective field upgrade or extension, using the same umbilical infrastructure.