Transatlantic, the only Swedish shipowner operating offshore supply vessels, is gearing up to be a player in the arctic offshore market, according to business manager for offshore/ice-breaking, Stefan Eliasson. 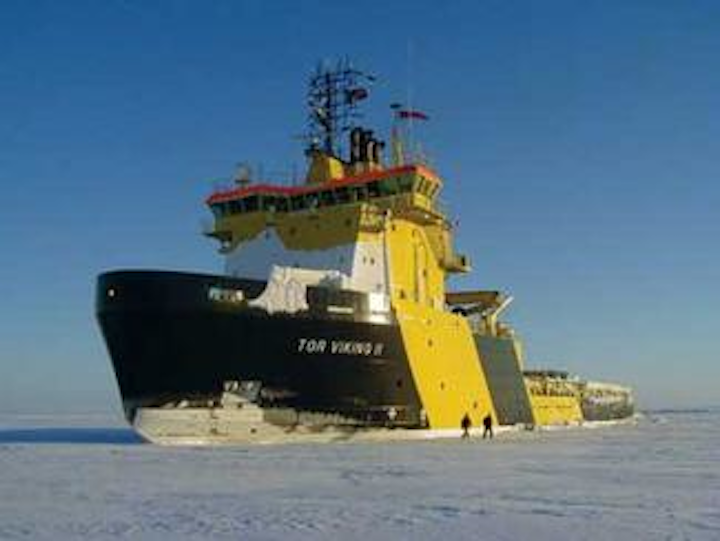 Transatlantic, the only Swedish shipowner operating offshore supply vessels, is gearing up to be a player in the arctic offshore market, according to business manager for offshore/ice-breaking, Stefan Eliasson.

Until late last year the company was involved in a joint venture with Norwegian group Viking Ship Supply, operating four anchor-handling tug/supply vessels, three of them also ice-breakers. When the two parties began to diverge on policy issues, they agreed to discontinue the joint arrangement, each taking two of the vessels.

Transatlantic now operatesBalder Viking and Tor Viking, both ice-breakers. Under a 15-year agreement with the Swedish Maritime Administration, these are available for ice-breaking duties in the Baltic Sea during the first quarter of the year. Otherwise, they work mainly in the North Sea spot market, where Transatlantic and Viking continue to cooperate.

In 2010 and 2011, two new anchor-handlers, both under construction at the Astilleros Zamakona yard in Spain, will join the Transatlantic fleet. Both will comply with the Swedish-Finnish 1A ice-class.

“We see a big increase in activities in this market within three to five years,” says Eliasson.

In supporting this ambition, the company has established three courses in ice management and associated topics at Kalmar Maritime Academy in southern Sweden to help develop the required crew competency. And last month it was set to announce the formation of the Transatlantic Ice Council, comprising eight ice experts from Russia, Finland, Germany, Sweden, Canada, and the US. They will provide the company’s customers with best practice and advice about ice operations.

Under its joint venture with Viking, the company undertook various assignments in arctic areas. In 2004Vidar Viking, one of the ships now with Viking, was fitted with a drilling rig and drilled for cores on the Lomonosov Ridge close to the North Pole on behalf of a Russian scientific expedition.

In 2007Tor Viking worked for Shell for six months off Alaska, performing ice-breaking and anchor-handling duties. Last year Vidar Viking worked as an ice-breaker off Greenland supporting seismic activities for a consortium led by StatoilHydro.